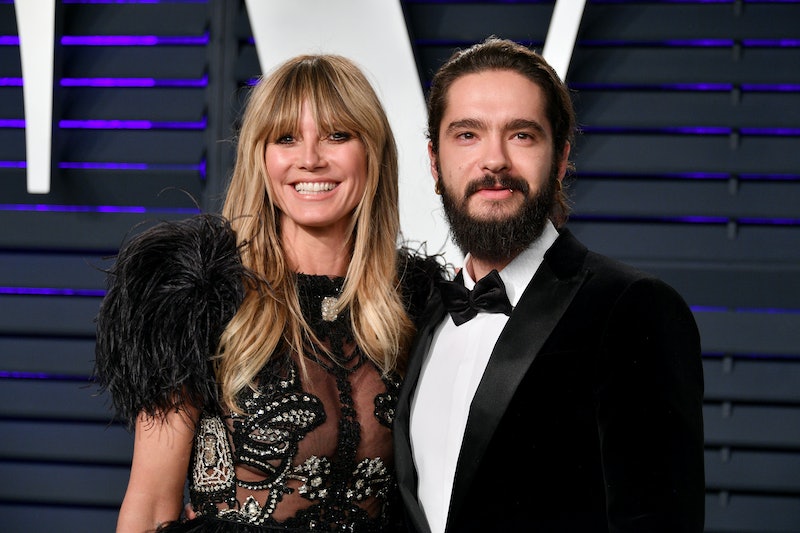 Congratulations are in order for Heidi Klum and her partner, Tokio Hotel guitarist Tom Kaulitz. According to Us Weekly, Heidi Klum and Tom Kaulitz secretly got married earlier in the year, news of which was also confirmed by People. The happy update comes months after the former Project Runway host first revealed via Instagram that the pair were engaged.

On July 11, Us Weekly reported that Klum and Kaulitz, who have been linked together since February 2018, had exchanged vows in a private ceremony. According to TMZ, the couple wed back in February 2019 and the date of their nuptials was reportedly Feb. 22. The publication noted that Feb. 22 marks a special date for the couple, as Klum has said that they first met on that day. This is the third marriage for the former America's Got Talent judge, who was previously married to Seal and Ric Pipino, and the second marriage for the musician, who was previously married to Ria Sommerfeld, per Entertainment Tonight.

As previously mentioned, the couple first announced that they were engaged on Dec. 24, 2018 via an Instagram post. Klum posted an image of the couple in a sweet embrace, with her brand new bling on full displayed, along with a straightforward caption, "I SAID YES ❤️."

Back in December, People reported that Kaulitz had received the blessing of Klum's four children — Leni, Henry, Johan, and Lou — before he popped the question. A source, who is reportedly a friend of the model's, told the publication, “They went to Mexico before their engagement, around Thanksgiving, and that’s when he started talking to the kids about his plans in secret and it was so hard for them to not tell anyone. They were so excited and happy for their mom."

"Tom went to the kids and asked for Heidi’s hand in marriage and they said ‘yes,’" they continued, adding,

“So Tom and the kids together worked on making a breakfast tray for Heidi that had coffee, flowers, and a ring box. It was important for Tom to have the kids included in the whole thing, so they all brought the tray up to Heidi’s room and surprised her with breakfast in bed and then he proposed.”

Another source added that the two are "so in love," which is totally easy to see, especially given Us Weekly's major relationship update.

In February, shortly before they reportedly wed, Klum opened up about their wedding plans. Although, she didn't let too many details slip. When asked by Entertainment Tonight if they had set a date, she replied, "Yeah, I think we did," adding, "But you will find out eventually." She also told the publication about her nuptials, "We're two Germans, it will be very organized and on time. Very, very much on time and very organized."

Just as she said, the world has found out that she wed her beau during a private ceremony that was reportedly held months ago. And given what Klum told ET, their ceremony was surely very organized and, undoubtedly, filled with so much love.

More like this
Selena Gomez Confirms She's Single Amid Drew Taggart Dating Rumors
By Martha Sorren, Jake Viswanath and Jack Irvin
Who Is Pete Davidson Dating? He & Chase Sui Wonders Got Caught Kissing
By Jake Viswanath
Paris Hilton & Carter Reum’s Relationship Timeline Includes A Surprise Baby Boy
By Bustle Editors
Everything You Need To Know About Kanye's Post-Kardashian Dating Life
By Bustle Editors
Get Even More From Bustle — Sign Up For The Newsletter
From hair trends to relationship advice, our daily newsletter has everything you need to sound like a person who’s on TikTok, even if you aren’t.