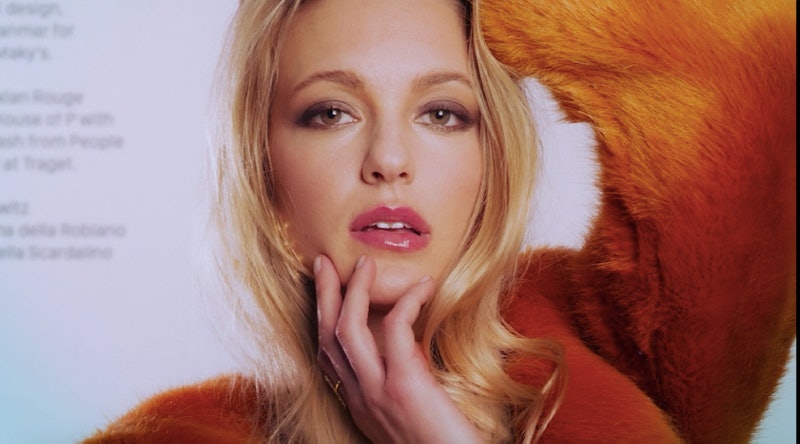 In the episode, Hello is rarely seen looking up from her phone, and pretty much has no reaction when her boyfriend Fingablast (aka Doug) proposes to her — "Mmkay," she responds when he pops the question. And overall, she exists as a flimsy caricature. "How amazing are pennies?" Hello, who's meant to be the unsung sister of models Gigi and Bella Hadid, says in into an Instagram lens for a #PaidAd in her very first (and one of her few) lines in the show. In short, she's portrayed as vapid, disconnected, and uncaring about everything around her, except for how big her rings are, what's popping up on her phone, and her perfectly styled outfits.

No, it's not exactly a horrifying sin on the part of the show to choose not to explore the inner psyche of a character who appears onscreen for only a few minutes. But Hello's persona feels like the result of lazy writing, and is based on a tired, yet somehow enduring stereotype of supermodels and celebrities. It's not groundbreaking or creative for writer Meredith Scadino to joke that a pretty young woman is superficial — it's predictable and exhausted. Kimmy Schmidt supposedly aims to be a show that champions women, and humanizes characters that could easily be dismissed as one-dimensional, but with Hello, it fails.

It's also worth noting that Kimmy Schmidt doesn't just target Hello, but also drags down the names of the real-life Gigi and Bella Hadid, implying that they are similarly vapid. In reality, the sisters are much more than the show's jabs would suggest.

Gigi was honored at last year's Glamour Women of the Year Awards, giving a speech on how it's OK for women to not always feel their best. According to the Telegraph, Gigi also won $25,000 on a celebrity episode of MasterChef, all of which went to a Lyme disease charity (Per Entertainment Tonight, Bella and the sisters' mother and brother have the disease). The sisters also both participated in a march last year protesting President Trump's immigration ban, according to the LA Times, and the Daily Mail reports that both Gigi and Bella have stepped out in support of Pencils Of Promise, an education-based charity. Choosing Bella and Gigi Hadid, who are just 21 and 23, respectively, to epitomize vacuous, unbothered celebs illustrates not just a lack of respect, but a lack of awareness.

All of Hello's surface issues would perhaps be acceptable under different circumstances. An example of where Kimmy Schmidt succeeds in this venue is the character of Jacqueline (Jane Krakowski). She has always been self-centered, out of touch and obsessed with material belongings and wealth, but her reasons for being the way that she is are fully explored. The way that the show underlines her humanity, however outrageous, is not even remotely afforded to Hello. Even Xan (Dylan Gelula), the hormonal, angry, downright mean teenage step-daughter of Jacqueline, is eventually given a backstory and a depth that helps explain her hard, frustrating exterior.

Other main characters like Titus, Lillian, and even Kimmy herself, could all function as ridiculous caricatures with little underlying personality, but none of them do. Hell, even Bobby Moynihan's men's rights activist character who appears later in the episode is given a chance to explain himself, however unsatisfactory those explanations might be. But Hello simply drives home the boring, unfair idea that models are dumb and shallow, and the character is never given room to turn that notion on its head. Allowing this outdated idea to manifest itself is a disappointing move from a show that usually aims to have such feminist values.

Again, Hello Hadid is given far less screen time than any of the aforementioned characters, but if that was always going to be the case, why have her in the show at all? The only purpose she serves, other than granting a few lame attempts at drawing laughs, is to give Doug a woman to marry so he'd seek out the Reverend (who doubles as DJ Slizzard) to perform at his wedding.

The same plotline could have been achieved by placing any female character in that role, and it certainly didn't have to be one that plays up so many dull jokes that the show should really be striking down. In the end, the character is unnecessary at best, and a mean-spirited missed opportunity at worst. Kimmy Schmidt's writers are clever — Hello's character, if it absolutely had to appear at all, could have proven to be surprising, unexpected, or at least funny. And maybe in the episodes that remain to be seen, they'll bring her back for redemption. But as it stands, the character is none of those things.