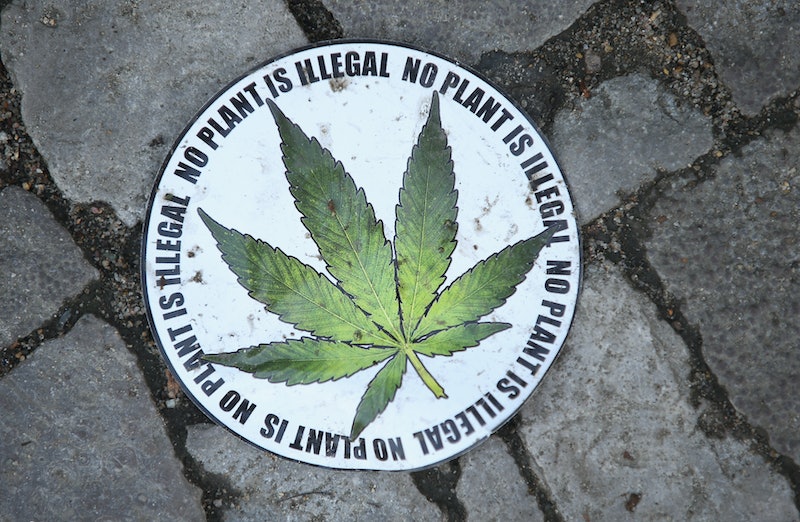 On Thursday, President Donald Trump signed a bipartisan farm bill into law that also had the effect of legalizing industrial hemp. But if you’re curious about what hemp being legalized in America means for you at an individual level, it's worth noting that the law differentiates between commercial and individual hemp cultivation.

Before getting into it, it's worth noting that marijuana and hemp are not the same thing. The farm bill officially legalizes the industrial production of hemp, but it doesn't include hemp production carried out by everyday citizens. In other words, hemp produced by an individual for his or her recreational or medicinal needs is not factored into this particular bill. This comes with a caveat, according to CNN: Hemp production will be allowed on tribal lands.

The measure is designed to help farmers with cultivating the product on their own establishments. Given that hemp is considered easier to grow than, say, cotton or corn, this bill could help American farmers lawfully grow the non-intoxicating cannabis derivative at a consumer level and enjoy the potential revenue as a result.

However, more hemp cultivation on an industrial level means you should expect to see an increase in the availability of cannabidiol (CBD) products. Both marijuana and hemp are cannabis plants, CBD oil is an extract from the plant. CBD oil from marijuana is illegal in states where weed is outlawed, but CBD oil derived from hemp is legal.

The plant itself can be used to make paper and other products. And CBD oil is having something of a moment. It is said to alleviate medical issues like joint inflammation, and it's become increasingly popular in beauty and wellness products, from CBD-infused face creams to mascaras.

Until now, growing the hemp plant has been illegal in the United States. With farms now being allowed to cultivate the plant on an industrial scale, it's almost certain that you'll see much more CBD-infused products being sold.

While this could prove to be a financial blessing for industrial hemp producers, the farm bill also puts a 10-year waiting period on convicted felons from taking advantage of the measure, which has been decried as an unfair move among marijuana legalization activists.

The deputy director of the national affairs for the nonprofit Drug Policy Alliance Grant Smith told The Los Angeles Times, "A 10-year wait will effectively bar many people from contributing to this new industry."

"This is a setback for efforts to help formerly incarcerated people get back on their feet," Smith told the publication, "and the ban only reinforces the false notion that hemp needs to be treated differently than any other agricultural commodity."

Now, if you're wondering whether this farm bill also addresses the broader issue of marijuana legalization throughout America, you shouldn't hold your breath. On a federal level, the likelihood of nationally legalizing marijuana is unlikely at the moment.

At state levels, it varies. For instance, places like Washington, California, Michigan, and Colorado allow producing marijuana for recreational purposes. For now, it's just worth remembering that Trump's farm bill supports the commercial production of hemp. Individual production isn't on the agenda.