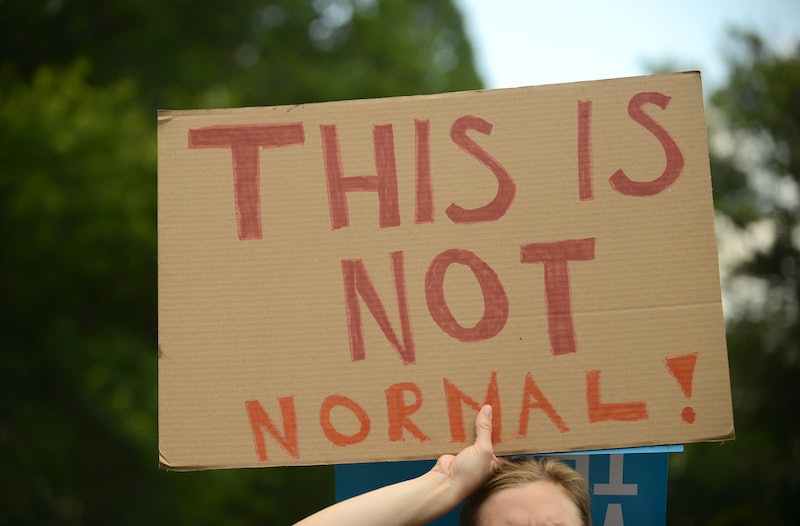 After months of closed door meetings, Senate Republicans finally took their health care bill public Thursday. Despite earlier reports claiming abortion language was likely to be dropped from the bill, legislation unveiled by Senate Republicans included provisions aimed at curbing abortion services. Along with language referring to defunding Planned Parenthood for one year, the GOP Senate health bill also moves to limit abortion coverage by prohibiting subsidies from being used to buy plans that include abortion services.

Similar to House Republicans' American Health Care Act, the Senate health care bill also includes language prohibiting abortion coverage in federal insurance plans. To be clear, the bill does not prohibit or criminalize abortion. Rather, it removes any plan which provides coverage for abortion services from the definition of a "qualified plan," meaning plans covering abortion are not eligible for subsidized coverage.

According to a discussion draft of the Senate health care bill — known as the Better Care Reconciliation Act — exceptions would be made only for abortions "necessary to save the life of the mother" or in the case of "a pregnancy that is the result of an act of rape or incest." It is not clear, however, if or how a woman would be asked to "prove" her pregnancy was a result of rape.

Despite a risk the provision may ultimately be struck down by complicated Senate budget rules, the GOP health care bill also includes defunding language similar to that which was found in legislation the House passed in early May. Both bills include provisions to block Planned Parenthood from receiving Medicaid reimbursements for one year, a move that would likely have serious repercussions for low-income women who rely on the nonprofit health care organization for contraception, pap smears, cancer screenings, and STD tests and treatment. According to Vox, "experts expect this [provision] would result in low-income Americans getting less medical care and having more unintended pregnancies as access to contraceptives would decline."

Democrats have quickly criticized the bill, which also calls for deep cuts to Medicaid and tax breaks for the wealthy. "Simply put this bill will result in higher costs, less care, and millions of Americans will lose their health insurance," Senate Minority Leader Chuck Schumer said on the Senate floor following the bill's release. "It's every bit as bad as the House bill. In many ways it's even worse. The Senate bill is a wolf in sheep's clothing, but this wolf has even sharper teeth than the House bill."

According toThe New York Times, Senate Majority Leader Mitch McConnell is hoping to push for a vote on the bill before the Senate breaks for the Fourth of July holiday. However, there is little margin for disagreement among the GOP as the bill would fail if just three Republican senators joined Democrats in opposing the legislation when it comes up for a vote.