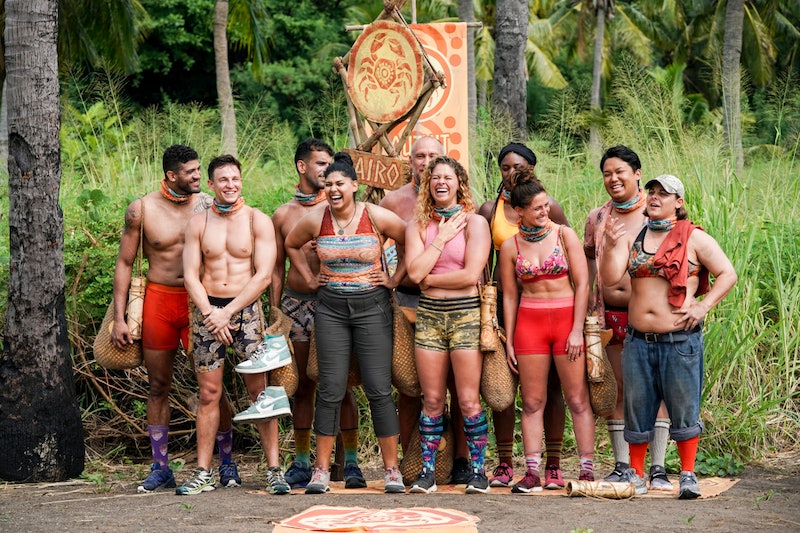 Though the show premieres Sept. 25, Survivor Season 39 was filmed several months ago, between March and April. Host and executive producer Jeff Probst confirmed so during a casting call in August 2018. More specifically, The True Dork Times estimated that Season 39 began filming on March 21st, citing a tweet that executive producer Matt Van Wagenen posted on that day with the hashtag #S39. That means contestants have had to keep the results under wraps for an excruciating five months.

The Hollywood Reporter actually visited the filming location of Season 39's Island of the Idols last spring, where they caught up with previous Survivor winners "Boston Rob" Mariano and Sandra Diaz-Twine, the mentors for this season's 20 new contestants. Mariano, who has competed on Survivor four times and won Season 22's Redemption Island, told THR that he didn't think he'd ever return to the show "unless it was some kind of unique experience that made sense," which took some brainstorming on CBS' part.

"The idea [for Island of the Idols] came from wondering how to get a player like Boston Rob, who has said he'd never compete again because he doesn't feel he'd ever really have a shot to win, to return to the show," Probst told Entertainment Weekly in May. "So, the idea of making Rob and Sandra mentors was born. They aren't playing, they can't cast a vote, they can't be voted out, and they can't win the million dollars. The basic idea is they run a Survivor boot camp. They teach aspects of the game and then give players a chance to test what they've learned."

Starting with Season 19, Survivor has filmed two seasons of the show back to back, per EW. And since Season 33, it's been filmed in the Mamanuca Islands in Fiji. "I hope we stay here forever," Probst told EW in a 2017 interview. "The real truth of the world is, when we started Survivor 18 years ago, there were lots of places we could go. It's been two decades. It's a different world. There are not as many places we can go for lots of reasons — the economy, population, political unrest, weather patterns."

As with Season 39, the show typically begins filming in March of every year, but the planning begins three months before that. "We go out and do a scout to see what kind of landscape we have," Survivor's longtime game-maker John Kirhoffer (aka the torture guru) told HuffPost in February. "Do we have big fields? Do we have rolling hills? Do we have flat water? Do we have waves? What kind of water clarity is there? Then, we come back to the states and we start putting together our challenges."

So not only does Survivor film its seasons long before fans actually get to see them, but there's a lot more that goes into it behind the scenes than they may realize. As for Season 39, fans will have to wait several weeks to find out who won — but the contestants have been keeping mum for months.