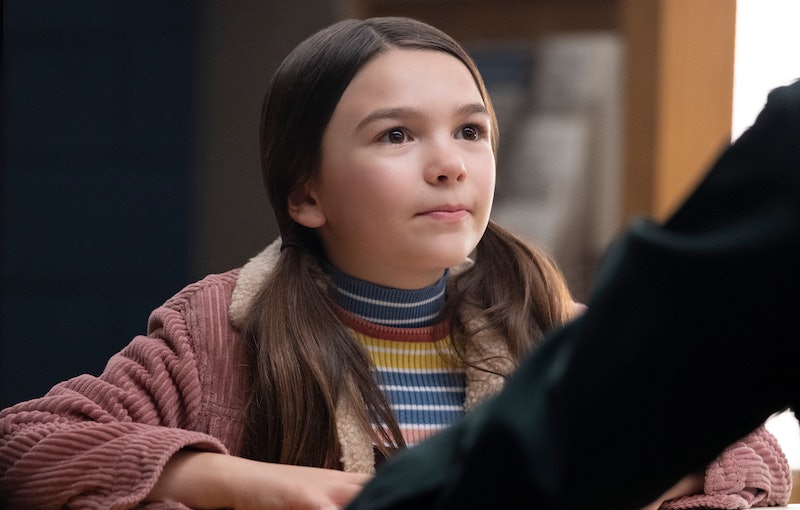 Apple TV+'s new mystery series, Home Before Dark, follows a plucky, Nancy Drew-esque kid journalist named Hilde Lisko. And believe it or not, she's based on a real person: Hilde Lysiak, who broke a murder news story when she was just 9 years old.

"Ever since before I could remember, I've always just had a real passion for journalism, so using my voice just came along with that," Lysiak told Forbes in 2019. "I didn't start my official newspaper until I was 7, but I used to go around with my dad because he worked for the New York Daily News and I followed him around the stories."

Lysiak's family later relocated to Selinsgrove, Pennsylvania, where she established her own newspaper, the Orange Street News. In December 2014, Lysiak wrote her first story, about the birth of her baby sister. "It was a pretty lame one," she told Forbes.

Two years afterward, Lysiak got her big break: she overheard police news about a local murder, and rushed to the scene to report on it. "I got the tip from a good source that I was able to confirm," she said in a video posted to Orange Street's YouTube account. "Then I went straight to the scene and asked neighbors for more information." Lysiak's ensuing story, titled "EXCLUSIVE: MURDER ON NINTH STREET," scooped all of the local news outlets and landed her in national headlines.

With that exposure, Lysiak also received some flak, primarily because of her young age. But she stuck to her guns, printing off some of the Facebook comments she received and reading them aloud on camera. "If you want me to stop covering news, then you get off your computers and do something about the news," she said. "There, is that cute enough for you?"

In 2016, Lysiak landed a book deal with Scholastic and has since co-authored six books in her Hilde Cracks the Case series alongside her father, Matthew Lysiak. The books follow fictionalized accounts of Hilde and her older sister, Izzy (who helps with videography and used to have her own Orange Street News column, per the New York Times) following news leads.

Now 13, Lysiak lives in Patagonia, Arizona, where her family moved in the summer of 2019. Naturally, she wrote an editorial expressing her displeasure about the change, but she's still publishing the Orange Street News. Recent headlines include, "EXCLUSIVE Man Threatened With $2,500 Fine For Being at Park," "Local Coffee Shop Shuts Doors – Claims Can't Ensure Customer Safety," and "Patagonia Post Office Takes Extra Measures Amid Coronavirus."

Lysiak again made national news in February 2019, when she confronted a Patagonia police officer who claimed she couldn't film him and threatened her with arrest (Lysiak was 12 at the time). But she knew her rights and pushed back, filming their unpleasant encounter. The town of Patagonia issued an apology to Lysiak and said they "will not tolerate bias of any kind including infringement of freedom of speech."

Now that she's back in the spotlight for Home Before Dark, prepare to hear even more from Lysiak.

More like this
Maxim Baldry Plays This Pivotal Role In 'The Lord Of The Rings' Universe
By Maxine Harrison
At 28, Sharon Horgan Was Hoping To See Damon Albarn At The Pub
By Samantha Rollins
Everything You Need To Remember Before ‘The Handmaid’s Tale’ Season 5
By Grace Wehniainen
The 'Reasonable Doubt' Cast Includes A 'Save The Last Dance' Reunion
By Grace Wehniainen
Get Even More From Bustle — Sign Up For The Newsletter