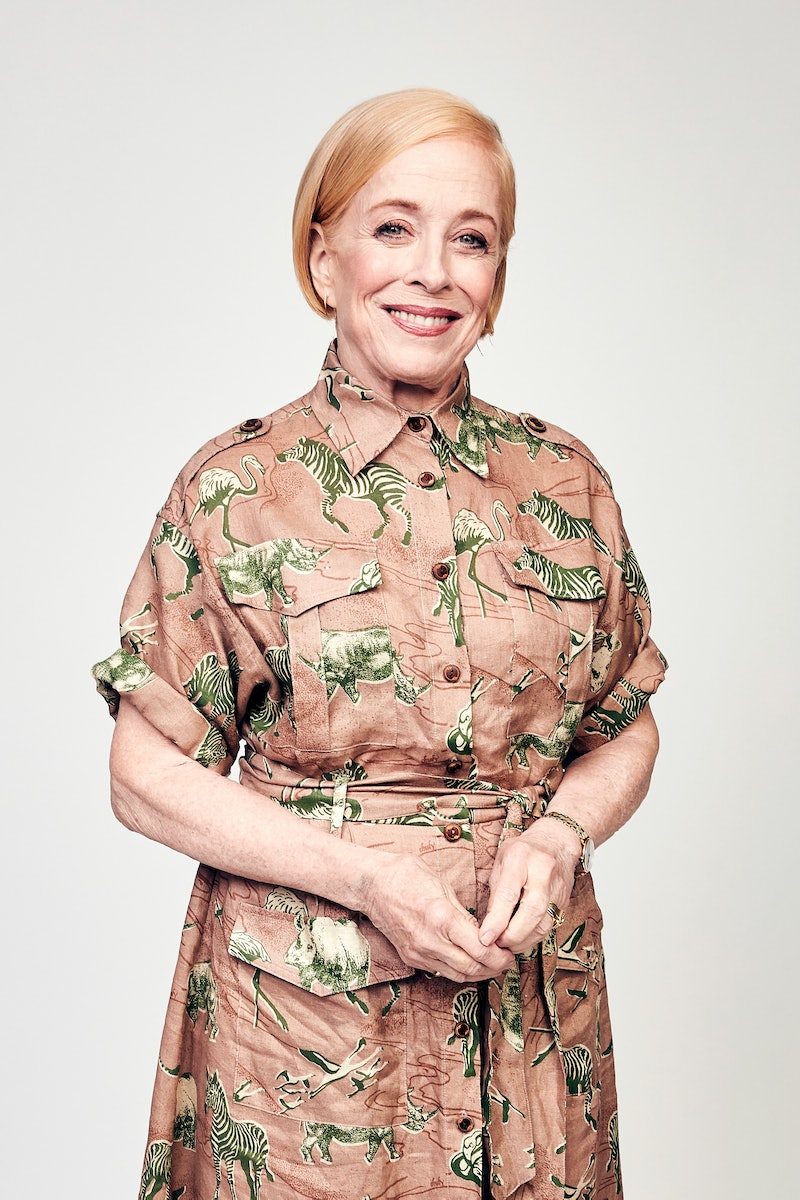 In Bustle’s Q&A series 28, successful women describe exactly what their lives looked like when they were 28 — what they wore, where they worked, what stressed them out most, and what, if anything, they would do differently. This time, Holland Taylor reflects on painful open call auditions and trying to make it as a theater actor in New York.

From her breakout role in Bosom Buddies to her Emmy-winning turn as Judge Roberta Kittleson on The Practice, Holland Taylor has made a career out of playing independent, capable, self-sufficient women. But while Taylor, now 77, has a knack for playing women who seem to have everything figured out, she felt far less put together at 28.

“I’m much better at playing strong women than being one,” Taylor tells Bustle with a chuckle. She spent years in her 20s going to open call auditions, trying to land a role in an off-Broadway show, a new play, or anything that would pay her enough money to continue living in New York. “I had to audition for jobs for 40 years — and it is a hell of a way to get a job,” she says. After a while, the work came regularly, though it would be roughly a decade before she landed her first big roles in film and television.

Her latest role playing the witty Hollywood executive Ellen Kincaid in Ryan Murphy’s 1940s nostalgia trip Hollywood brings her full circle: she’s playing someone who calls the shots, while reflecting on a time when her younger self could have used someone like Ellen on her side. “She has moxie!” Taylor says. Below, she shares her auditioning woes and how she finally found her niche as an actor.

How were you feeling about your life and your career at 28?

First of all, it is a long way [back] to remember. You are talking to very much a senior here. I was a pretty privileged person in that I was somehow making a living in show business in New York. I had very good fortune so I was going from one off-broadway show to one little film project to some television work to some commercials, stumbling along from job to job and having a very carefree life, which is hard to remember in New York.

I lived down in the village on Houston on the top floor of a brownstone. I had skylights and fireplaces, the house was quite an old house with great wide oak plank floors. If you had something like that today that would be like a $3 million apartment, but back in the day, a lot of friends of mine had apartments like that in the village.

Was your theatre career going the way you expected it to go?

Since that time, I have realized that people who went to theatre school, went to Juilliard or Yale, had a very different experience than mine. I came to New York knowing no people, I had no one to teach me the ropes, no one to get any tips from, no connections, no one to meet, no way to get started. I was not a kid, I was 21, I had gone to college but I didn't have any guidance, so my first year was haphazard. It was very lucky that I worked as much as I did. I worked enough to support myself, which is already really saying something. I have been really lucky with my career ever since.

Did you have a dream role or big career aspiration at that point?

I wouldn't have known how to really go after anything in that way. You found out about auditions and you went to them. If you wanted to be in fine plays, you hoped for the best. I worked in regional theatres where you could be in quality theatre literature but I also had to make a living: I would have to get a job that paid something so I just stumbled from opportunity to opportunity. The auditions were the occasional new play, the occasional Broadway audition that I could get myself into usually by going to an open call (which is a hard way to get a job, but I've gotten a few jobs that way). You are hanging around with other actors waiting for your turn and you pick up things you didn’t know. You learn by the grapevine, so I sort of had a grapevine existence for about 10 years until I started getting dependably busy.

I was very lucky in that I could support myself, [because] I wanted to have the kind of theatre career I had read about when I was a kid reading theatre biographies of Katharine Cornell and Ethel Barrymore. Those days were long gone when I got to New York; it just wasn't like that anymore.

Do you remember any hard times or big mistakes you made in your late 20s?

I've been up for jobs that I really really wanted that I had clumsy or car-crash auditions [for]. It’s really heartbreaking when it goes badly from the first moment: they’ve given you the wrong scene to prepare, then they give you something cold and the person you’re reading with is awful and f*cks you up. Bad things happen and you arrive late through no fault of your own, or the auditioner takes a real dislike to you and makes it clear.

How did you shake off the bad auditions and keep going?

I’m melancholy by nature and when I would not get a role that I wanted, I could become very unhappy. There were not very many opportunities and I was sort of a character actor, so there were never a lot of opportunities for me. I would have directors tell me, “You are too young for this role, you were great, that was a great audition but you’re just too young we can’t cast you,” and now of course I get you’re too old, so it is a very challenging profession to be in when you think of the odds you have to win over to get any job at all.

I wish I had not taken the results of these auditions so seriously or to heart, because you have to look at them as being kind of random, a lot of odds and luck. You can give a brilliant audition for something and the director has to cast his brother-in-law's wife, or they need somebody taller. It is very hard, but actors mustn’t take anything personally. I had a role that I did not get that I wanted desperately that I gave an audition for, and I ran into the guy who was running that audition 20 years later and he said that was the best audition he had ever seen anybody give. And yet for years, I had this pain of having lost that job because of what I did. Well, it wasn't because of what I did.

Did you feel successful and accomplished at 28?

Not in my late 20s, I didn't. I had some wonderful jobs in regional theatres. I had done a few off-broadway shows, I got some spectacular reviews in The New Yorker — The New Yorker for me is the preeminent publication, a great institution and the first so emblematic for Manhattan — so to have a great review from The New Yorker in my 20s was very thrilling. So I felt I had definitely arrived, in a sense.