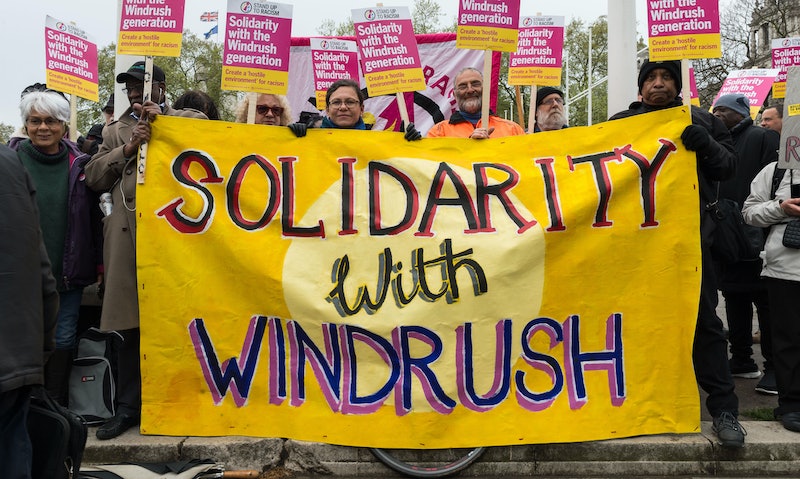 Following the two year extension of the Windrush Compensation Scheme in February, the Home Office has now revealed there are 3,720 outstanding cases, as detailed in a letter from Home Secretary Priti Patel to the Home Affairs Select Committee on April 28.

The letter also reveals that, out of the outstanding cases, 1,111 "are still to be considered," as the Windrush Taskforce are "awaiting the submission of biometrics by the applicant, which is an essential part of the process." But, as the Guardian notes, "more than 150 people have been waiting longer than six months" for action on their cases, "and 35 people have spent over a year waiting for a response."

While this backlog can be attributed in part to the complexity of the cases, as lawyer Jacqueline McKenzie explained to the Guardian, it's also down to the fact that individuals are having to apply for help without the support of lawyers or immigration experts.

"The stories of people detained and removed from the UK still sends both shockwaves and fear throughout the community of those affected," she added.

"A dedicated team in the Home Office is working to resolve applications as quickly as possible," a Home Office spokesperson said in a statement (via the Independent). "It's right that each individual case is properly considered and over 12,000 people have been provided with documentation confirming their status thus far."

The statement continued: "We have been clear since the very beginning that no information provided as part of the Windrush scheme application will be used for immigration enforcement action."

The Windrush scandal, which initially broke 2018, saw those "who arrived in the UK from Caribbean countries between 1948 and 1973" being "wrongly detained, deported or denied legal rights." As The Joint Council for The Welfare of Immigrants (JCWI) notes, due to the fact that the Caribbean was part of the Commonwealth in 1948, "those who arrived were automatically British subjects and free to permanently live and work in the UK."

As Bustle has previously reported, this arose when, in 2012, changes were made to immigration laws. The new laws required undocumented citizens to provide evidence as to why they could continue working and living in the UK. As a result, families began to be split up and individuals were being stripped of their working statuses and sent to live in countries they were unfamiliar with.