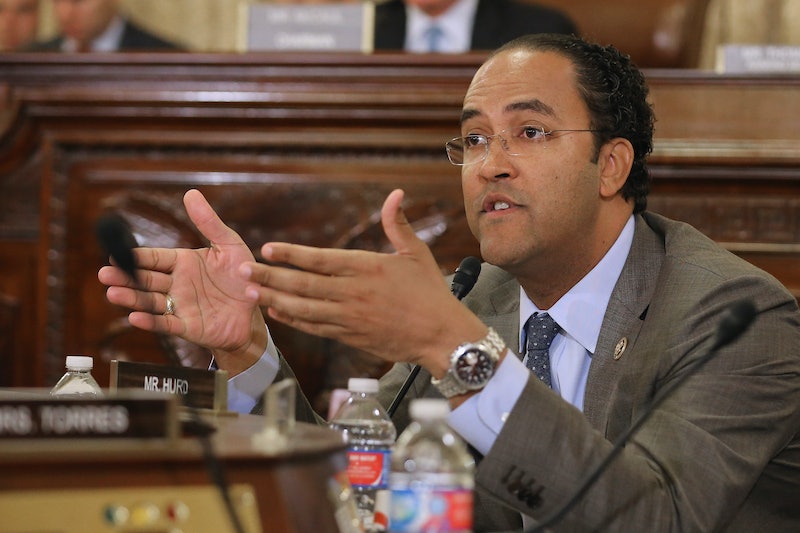 With the federal government approaching its third week of a shutdown, there are a few signs that the impasse over border wall funding might be breaking down. On Wednesday, eight House Republicans voted against the government shutdown, siding with Democrats on a financial services spending bill.

Despite the 240-188 vote in the House, Wednesday's bill is unlikely to pass the Senate, according to CNN. That's because President Trump has said he will veto any piece of legislation that does not include the more than $5 billion he's demanding for a border wall, according to CNBC. Senate Majority Leader Mitch McConnell in turn has said he won't bring up any House bill Trump intends to reject, according to Vox.

"This is like a super easy issue to solve, and this is what just frustrates me out here, is we can all solve this," Kinzinger told CNN. "We’ve got to get past this or we’re going to continue in this stupid shutdown idiocy cycle for the rest of our time out here and that’s got to stop."

Stefanik, who represents an area of upstate New York, told The Post Star, "It’s very important that the hardworking families of my district have consistency and are able to earn the payback for the work that they do every day," adding, "Speaker Pelosi has to be absolutely willing to compromise with increased funding for border security."

Last week, seven Republican House representatives voted with Democrats to pass a six-bill spending package that would reopen every federal department except Homeland Security. The strategy there was to reopen most of the government while tabling the border wall funding debate, since wall funding would have to be included in the Homeland Security budget.

As expected, according to The Washington Post, McConnell rejected that package. Adopting a different strategy this week, CNN reported that the House is planning to vote on four different bills, starting with Wednesday's. Each one is an attempt to reopen different parts of the federal government that have run out of funding. In the next few days, they will hold multiple votes to fund the Departments of Transportation, Housing and Urban Development, Agriculture, and the Interior.

All of the bills face a veto threat from President Trump, according to CNN, but as the stalemate wears on, pressure to reopen the government has seemed to turn a few Republican senators toward compromise as well. Sens. Susan Collins and Cory Gardner have both expressed willingness to pass a funding bill without border wall funding, and on Tuesday they were joined by Sen. Lisa Murkowski.