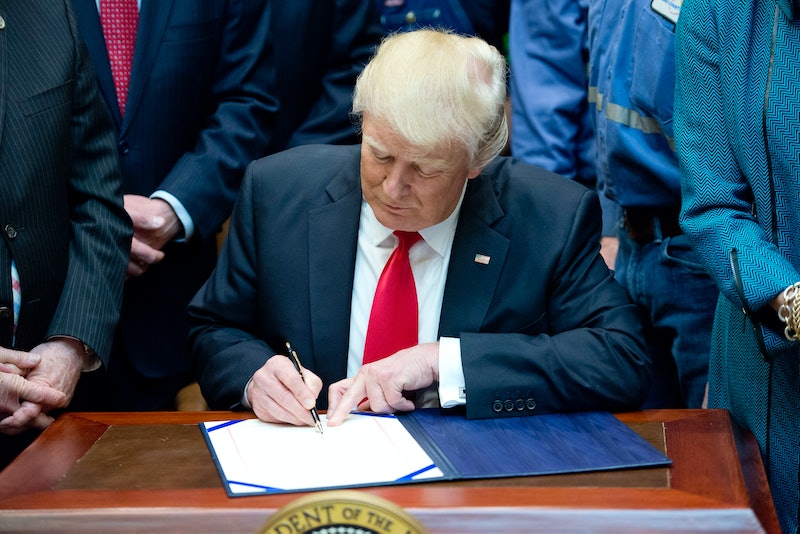 Is it considered rude to wish people a happy Presidents' Day when the person currently occupying the office is less qualified than the local stray dog who goes through your garbage? Either way, in addition to being a much-needed day off work, President's Day is a time to look at the history of presidential power, what it means, and how it's supposed to work, and there are certain lessons to be learned by people who may be uncertain about Civics 101. (If you're reading this, Donald, thank you for at least trying to research your job, and please stop having confidential meetings in public dining rooms.)

As it turns out, the office of the U.S. president is a rather confusing and amorphous beast, somewhere between a figurehead and an active political force. The devil is in the details, and I do not mean Putin, for once.

What a president does, and what he's not allowed to do, is a complicated question. Knowing the ins and outs of various bits of the role is particularly crucial now, as the current White House is operating a war of deafening proportions on our ability to pay focused critical attention. Block out Sean Spicer and let's get into three necessary elements of the president's role, all of which have a lot of relevance to the present moment.