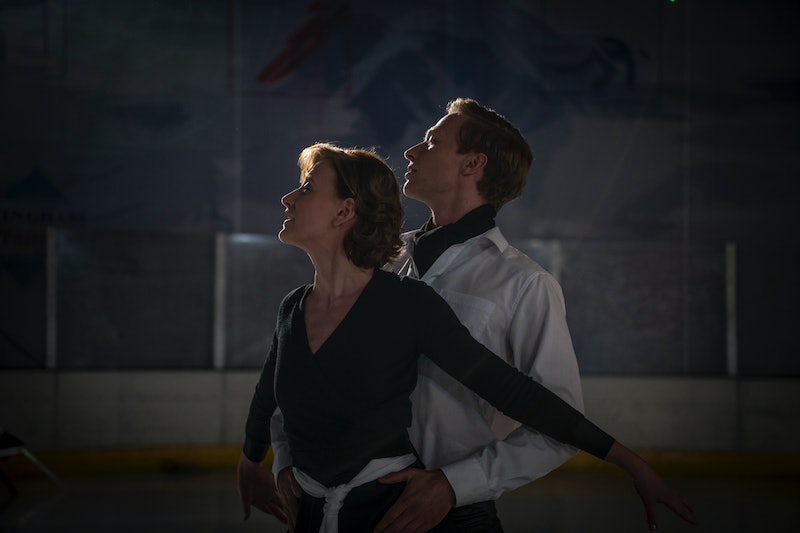 Whenever a biopic is created, there are a lot of concerns regarding the accuracy of the story. Is it true to life? Or is this particular truth being stretched à la Stretch Armstrong? Especially when it comes to like, some of the most successful sport and dance stars in the history of Britain. You can't really go messing with that can you? So I can't help but wonder, how accurate is ITV's Torvill And Dean?

OK, so it is just about as accurate as you can get. The feature length (two hours y'all) drama was made in collaboration with the ice dancing pair. Screenwriter William Ivory, interviewed the pair on several occasions, leaving no stone unturned. Ivory is also a fellow Nottingham native so was really able to describe Nottingham at the time accurately.

The story focuses on their early years, how they met, how they trained, their personal struggles — and of course their enormous triumph at the 1984 Winter Olympics in Sarajevo.

In a joint statement the pair said "We have thoroughly enjoyed the time we have spent with William Ivory and the team at Darlow Smithson sharing experiences of our passion for skating, the life long friendship that came through our sport and everything that it took to achieve our eventual goal of becoming Olympic champions."

Right so the screenwriter is onboard to really give an honest and true account and the actors who play the lead roles, Poppy Lee Friar as Torvill and Will Tudor as Dean got in touch with the stars as well. Speaking to iNews, Tudor revealed that they spoke on Facetime in order to get a feel of what the pair really are like.

"Their relationship almost felt like it was deeper than a normal relationship. They have this complete, absolute understanding of each other and of what the other is thinking, both on and off the ice. You could see that when speaking to them."

The story of their beginnings is a bit of a Cinderella story. OK maybe add a lot of blood, sweat, and tears — but still, dead heart warming. They started off with a more humble life. Dean's parents' marriage dissolved when he was quite young and for him, ice skating became a release for his emotions and an escape from his pain. Torvill is shown as a very sweet, polite girl who digs deep to drag out her inner passion, and get her groove on, on the flipping ice.

Their relationship above all is revealed in this story. Their disagreements, their deep love for each other, and of course the passion and obsession they had in their craft. All of these things culminate in them winning the Olympic gold medal and gaining a perfect score, which has not been equalled since.

The show's writer Ivory shows his insight into the pair means this biopic is just about as accurate as one can be. He heard it from the horse's mouth after all.

"It’s been such a privilege to work on this piece. Chris and Jayne are such fascinating characters: sports people and athletes with all the grit and determination that entails, but real artists, too, engaging in deeply felt creative and emotional battles."

And what do Torvill and Dean actually think about having a biopic made about them? In their joint statement they showed they are happy as larry.

"We feel very honoured that ITV have commissioned this film based on what was a very significant period in each of our lives".