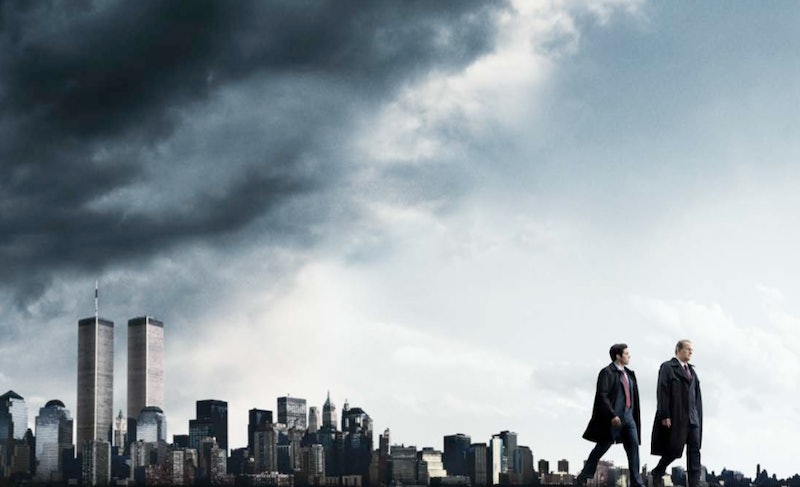 Hulu's The Looming Tower ends in tragedy, and the series isn't trying to hide it. The story focuses on the rise of Al-Qaeda and Osama Bin Laden as a threat to America, and it examines the conflicted relationship between the FBI and the CIA that "may have inadvertently set the path for the tragedy of 9/11," according to Deadline. The series is a dramatized look at real people are real events, but is The Looming Tower an accurate look at what was happening at the highest reaches of government in the months leading up to 9/11? The sense of unease it casts on audiences who know what's coming and can' stop it is certainly very real.

To best tell the story of the time (we're talking years in advance) leading up to the tragic 9/11 attacks on the Twin Towers, showrunner Dan Futterman adapted a Pulitzer Prize-winning non-fiction book, and worked alongside the author, Lawrence Wright, who was an executive producer on the series. He first wrote and released the book The Looming Tower: Al-Qaeda and the Road to 9/11 in 2006. In an interview with Vanity Fair, Wright shared that after writing the book, he "felt like The Looming Tower was probably the most important thing [he would] ever write."

The television series The Looming Tower doesn't have as wide a scope as the book, focusing primarily on the three years leading up to 9/11 as opposed to the many decades that the book covers. However, the show is presenting an unflinching look at how Al-Qaeda formed and how 9/11 came to be.

Wright meticulously studied the rise of Al-Qaeda and the inner workings of American intelligence agencies to write The Looming Tower. The Amazon description for The Looming Tower claims that Wright took "five years of research and hundreds of interviews that he conducted in Egypt, Saudi Arabia, Pakistan, Afghanistan, Sudan, England, France, Germany, Spain, and the United States" to get enough information to assemble the book. While the story told in The Looming Tower is chilling and interesting, Wright has said that he sees educational value in bringing the story of The Looming Tower to Hulu.

Wright claimed to The Hollywood Reporter that "young people now don’t know what that event was. People who are graduating from college now were too young to remember, and the next class wouldn’t have even been born by 9/11." (To be fair, I think a lot of young people do know about these events, but maybe not on such a detailed level.)

Wright argues that despite portraying events from nearly two decades ago, The Looming Tower offers a warning to modern America. As Wright explained in an interview with PBS Newshour, "The theme of this season [of The Looming Tower] is, divided, we fail. And [American was] divided, and we failed to stop 9/11." Wright believes that "the country has never been more divided than it is right now ... this business of attacking the intelligence agencies for partisan reasons increases that kind of division, and it makes us less effective and less safe."

Still, within the historical setting, there are some elements of The Looming Tower that have been pulled from reality and shifted to fit better within a television structure. The show's disclaimer reads: "This story is inspired by actual events. Certain characters, characterizations, incidents, locations, and dialogue were fictionalized or composited for dramatic purposes."

While many of the show's character are based directly on real people, some characters like Martin Schmidt, played by Peter Sarsgaard, and Robert Chesney, played by Bill Camp, are composite characters meant to stand in for multiple real-life figures. Despite some changes in adapting a sprawling non-fiction book to a season of television, the minds behind The Looming Tower are basing the series off of one of the definitive texts about what actually happened on 9/11 — and it's this historical relevance that's easy to glean from the episodes.