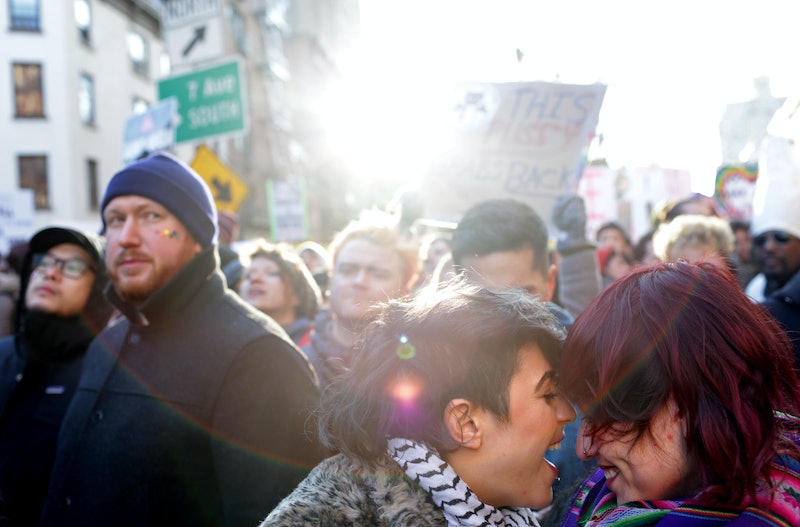 Here in America, we celebrate April Fools' Day by pulling savage pranks on the people we love, and a lot of us don't even really knowing why we do this. TBH, we don't need much of an excuse to joke around — the tradition alone is reason enough! With so many contemporary nonsensical national holidays, I was surprised to learn that April Fools' Day has actually been on the calendar for centuries. The holiday is literally woven through the comedic fabric of not only our country, but many others. How April Fools' Day is celebrated around the world varies, but one thing we can all agree on is that it's a day not to be taken too seriously. Aka, there's nothing holy about this holiday.

According to Snopes, April Fools' Day began all the way back in the 1500s! It started when the Gregorian calendar took over from the Julian and caused some confusion. New Year's used to be celebrated on April 1 back then, and the people who forgot the change and tried to celebrate the holiday on the wrong date were laughed at and called "April fools." That light-hearted sense of humor spun out across generations and countries, as it's clear that we're happy to hold onto an excuse to joke around. While American April Fools' jokes might be mostly rooted in bogus news and practical jokes, other countries have a slightly different spin in it, here's how: