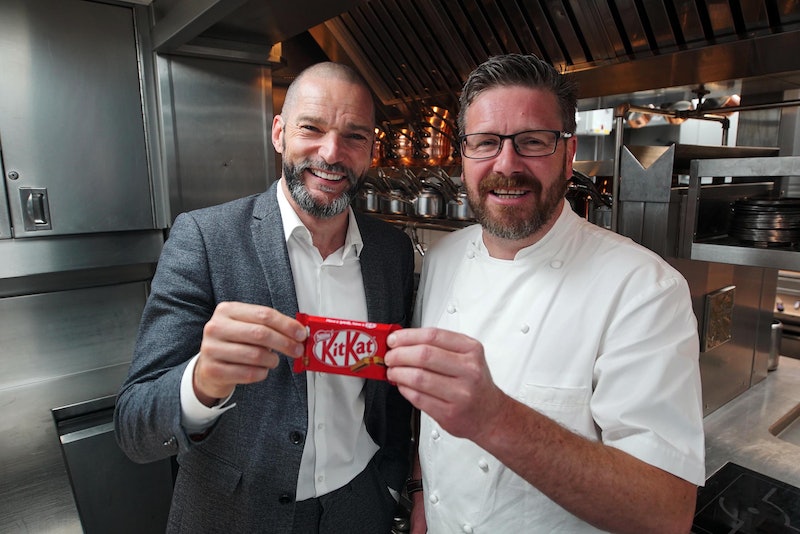 New Channel 4 series Snackmasters is giving Michelin-starred cooks the challenge to recreate some UK snack staples. For the first episode, host Fred Sirieix (First Dates) will task chefs to replicate one of Britain's most popular chocolate bars. So how are Kit Kats made, and will the chefs run into any difficulties when trying to make it from scratch?

The first port of call for the cooks would be to look at the ingredients list, but that'll only get them so far. A lot goes into making these heavenly treats, and there's a particular way to put all those ingredients together to create that iconic Kit Kat crunch. In the UK, the bars are produced at the Nestlé factory in York, where a staggering five million bars are made every day, according to the Yorkshire Post.

Although, that's nothing compared to Japan's love for the chocolate bar. According to the New York Times Magazine, the country has developed nearly 400 different flavours of Kit Kat since they were introduced in 1973, which are "produced in two Nestlé-owned factories in Himeji and Kasumigaura."

It seems that the UK has taken some inspiration from Japan's love of flavours, as Nestlé recently announced that they are launching "made-to-order" bars, as the Guardian reports. Just in time for Christmas, this service will give customers the choice of 1,500 different flavour combinations "for up to £14 a bar". The service is currently available in 30 John Lewis & Partner's stores, according to a Nestlé press statement, so you better get your orders in quick.

Anyway, back to how the bar is made. Japan's Kasumigara factory was featured in a short video produced by CNN Business, demonstrating how Kit Kats are made on an industrial scale. Tech site Cheddar Gadgets also uploaded a similar video, but it's not clear which of the two factories is featured. Regardless, the Kit Kat making process is actually quite simple. First, the chocolate is melted while sheets of wafer biscuit are baked and then cooled on a conveyer belt. The New York Times Magazine reckons that the lightweight wafers most likely consist of "air and gelatinised wheat flour."

As Cheddar Gadgets shows, these wafers are then coated with a sandwiching cream, "which gives Kit Kats their flavour." It also seems that offcuts of Kit Kats are mixed into this cream, according to BBC Two's Inside the Factory (via the Daily Mail). Three layers of wafers are then stacked on top of each other and cooled, and cut into various sizes.

The iconic moulds then come into play, which gives the bars their unique shape. These are filled with the previously melted chocolate, and then the wafers are inserted on top. After being covered in even more chocolate, the process is finished by removing excess chocolate and pressing the wafers flat, cooling the bars, and taking them out of the mould.

Voilá! You've got yourself a Kit Kat. The balance of ingredients and flavourings are what make that familiar taste shine. But overall, the essence of a Kit Kat is all in the layering of wafers and using a vast amount of chocolate. Yum.