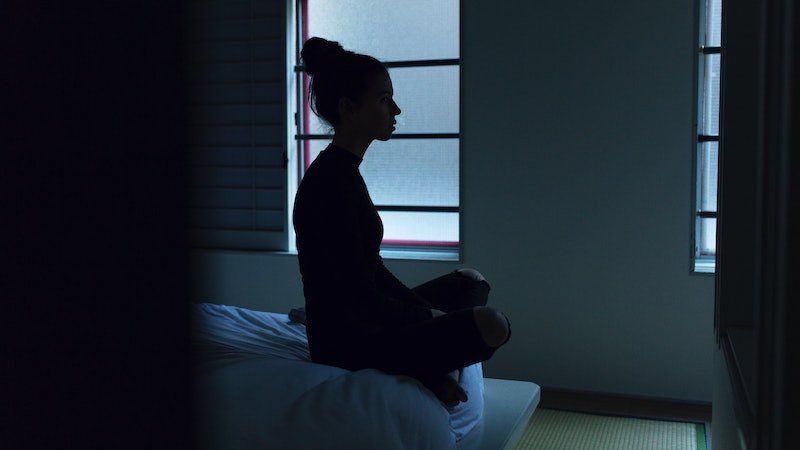 Republican lawmakers in Arizona are pushing the state's latest abortion bill, which would require doctors to ask women seeking an abortion why they want the procedure. The bill passed through the state House on Monday, and supporters are touting it as a way to protect women's health. But local reproductive rights organizations say the measure would just shame women for their health care choices.

"This is about making the abortion experience as shaming and degrading as possible for people, to thereby discourage them from following through with their decision. Nothing more," Jodi Liggett, executive director of Planned Parenthood Advocates of Arizona, tells Bustle. She noted that no pro-choice advocacy organization supported the bill.

The legislation, SB 1394, would require abortion providers to submit a form to the Arizona Department of Health Services detailing why each patient wanted an abortion. The list of reasons patients could choose from initially included economic reasons and the woman not currently wanting children, but those questions were removed by the state House. However, the bill still instructs doctors to ask women seeking an abortion if they are victims of sex trafficking, domestic violence, rape, or incest. It returns to the state Senate next for a vote on amendments the House added to the bill.

Arizona already requires people seeking abortions to disclose their age, race, marital status, and educational background, as well as prior pregnancies, miscarriages, and abortions. Yet SB 1394's questioning would be far more intrusive.

"The pure anti-choice intention of this bill was revealed in denying what major medical organizations regard as health care," Liggett tells Bustle.

As Planned Parenthood Advocates of Arizona pointed out in a tweet, SB 1394 could actually have little impact on the rate of abortions in the state. In fact, countries with the most abortion restrictions had the highest rates of abortion between 2010 and 2014, according to reproductive rights non-profit the Guttmacher Institute. The difference is that more women self-induce abortions in countries with harsher restrictions, which can be much more dangerous. "Abortion tends to be safer where it is broadly legal than in more legally restrictive settings," Guttmacher's website reads.

Although Rep. Farnsworth claimed birth control isn't a health care issue, it's proven that access to birth control lowers abortion rates. Abortion rates in the United States dropped 14 percent from 2011 to 2014, Guttmacher found in a 2017 report — a decline largely attributed to increased access to reliable forms of birth control.

The anti-choice Center for Arizona Policy that backed the state bill wrote on its website that "reporting abortion statistical data is not a pro-life or pro-choice issue" because the data will be "helpful to everyone who cares about women’s health." The site also argues that the bill would not violate patients' privacy, as the forms wouldn't personally identify them.

Still, pro-choice advocates believe the extensive questioning is intended to dissuade women from seeking an abortion and/or make them feel bad for their choice.

"This law was not created to protect women, but rather to shame and intimidate them," Shauna Trinidad, a volunteer with the Abortion Fund of Arizona, tells Bustle. "Why a patient is seeking or in need of a medical procedure should be between the doctor and that patient."

More like this
5 Ways To Stand In Solidarity With Women In America From The UK
By Sophie McEvoy
How To Fight For Reproductive Rights, Based On How Much Time You Have
By Courtney Young
How Getting An Abortion Has Changed From The ’60s Through Today
By Amanda Chatel
Every Single Big & Small Way You Can Fight For Abortion Rights
By Tess Garcia
Get Even More From Bustle — Sign Up For The Newsletter