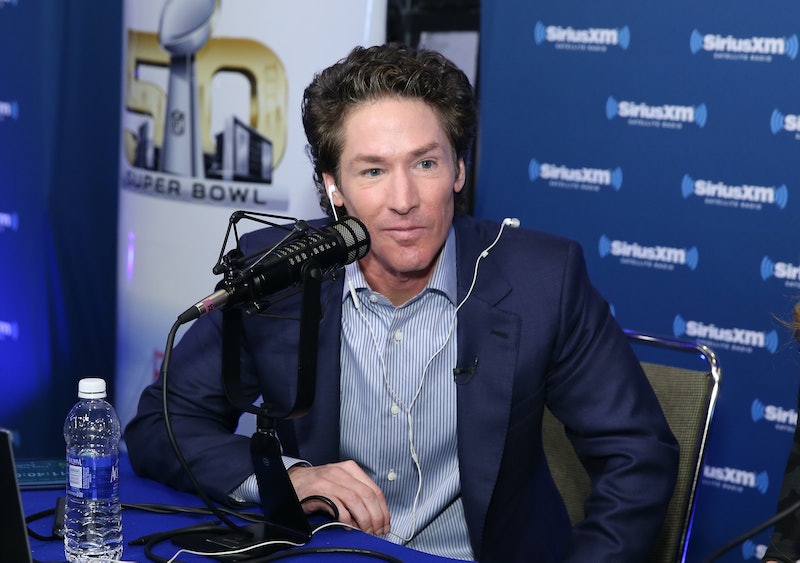 Amid a week of record-setting downpours and floods throughout the greater Houston area, the result of the catastrophic arrival of Hurricane Harvey, one high-profile Christian preacher has taken some serious heat. Joel Osteen, the celebrity pastor of the Lakewood megachurch in Houston, has faced a week of intense criticism for failing to immediately open up his enormous house of worship to shelter people fleeing the storm. Which raises a pretty obvious question: how big is Osteen's church, and therefore how many of the furious storm's victims could be protected by it?

The simple answer is that it’s a very big church, of the sort that’s often casually referred to as a “megachurch.” Lakewood, which was first founded by Osteen’s father John, moved to its current venue in 2003. And it's a big facility; it seats as many as 16,800 churchgoers, and boasts a size of 606,000 square feet, according to The Houston Chronicle.

In fact, the Lakewood Church Central Campus used to serve as a mixed-use sports venue, back when the building was known as the Compaq Center. It played home to multiple professional wrestling events, and served as the home court for the Houston Rockets. In other words, it's a big, arena-style structure that can easily provide shelter to thousands upon thousands of people.

In other words, if the church were put to use as a full-fledged storm shelter, it could do a lot of good. Over the weekend, Osteen came under intense criticism for failing to initially open up Lakewood to storm victims. On Wednesday, he accused social media of misrepresenting the situation, insisting that the church would have flooded without its flood gates, and that when the city of Houston asked the church to open as a shelter he was happy to comply:

I don’t know if it’s unfounded but I think if people were here they’d realize there were safety issues, this building had flooded before, and so we were just being precautious but the main thing is the city didn’t ask us to become a shelter then.

In any case, the church was opened to some victims of the storm on Monday, with CNN reporting that a few hundred people were taken to the site in buses. Hopefully even more people are able to use the megachurch as a safe harbor until the worst of the rain and flooding is over ― although even when the storm ends, the recovery and cleanup efforts are expected to take a very long time, a matter of months or even years.