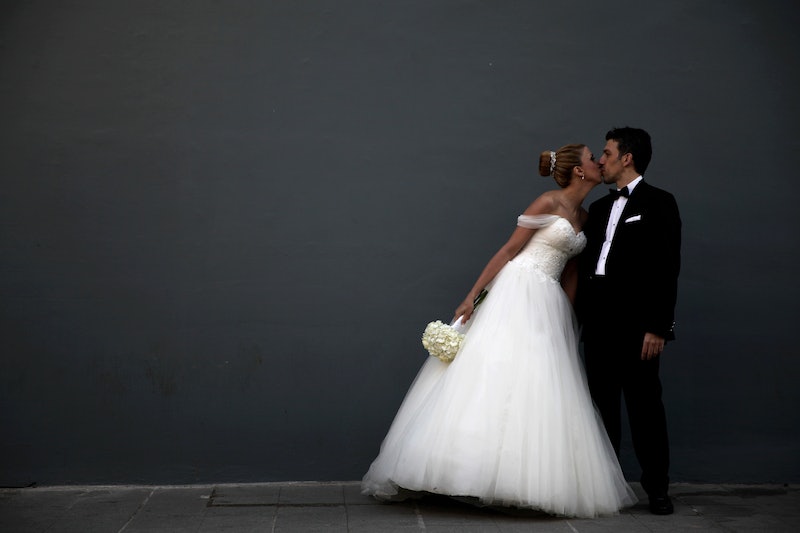 To change or not to change? It's a debate that consumes the concern of many modern brides; surnames, and the possibility of keeping, changing, hyphenating you name — or doing something else entirely — are a part of the normal wedding milieu for many of us. (And that's not even getting into the complexity of the decision in queer marriages!) I kept my own name for the excellent reason that all of my overseas visas were registered in it and I did not have a giant pot of money available to change them; another friend took her husband's because she thinks it's prettier than her old one; and a couple at a wedding I recently attended left suggestion boxes on each table for a new married name they could both adopt. There are a lot of ways to navigate the last-name conundrum. But how does changing your name affect how people react to you and your marriage?

Surnames are actually a hot topic in one particular area of research: how employers react to "foreign-sounding" surnames, and the choice of immigrants to change them. Racial bias against particular name types that aren't familiar, whether conscious or not, is a big discrimination problem in the workplace. However, reactions to another surname choice, the decision whether or not to keep maiden names after marriage, haven't attracted as much attention until now.

And that's a shame, because it reveals a lot about attitudes towards feminism, gender roles, and ideas about what it means to be "committed" to a marriage.