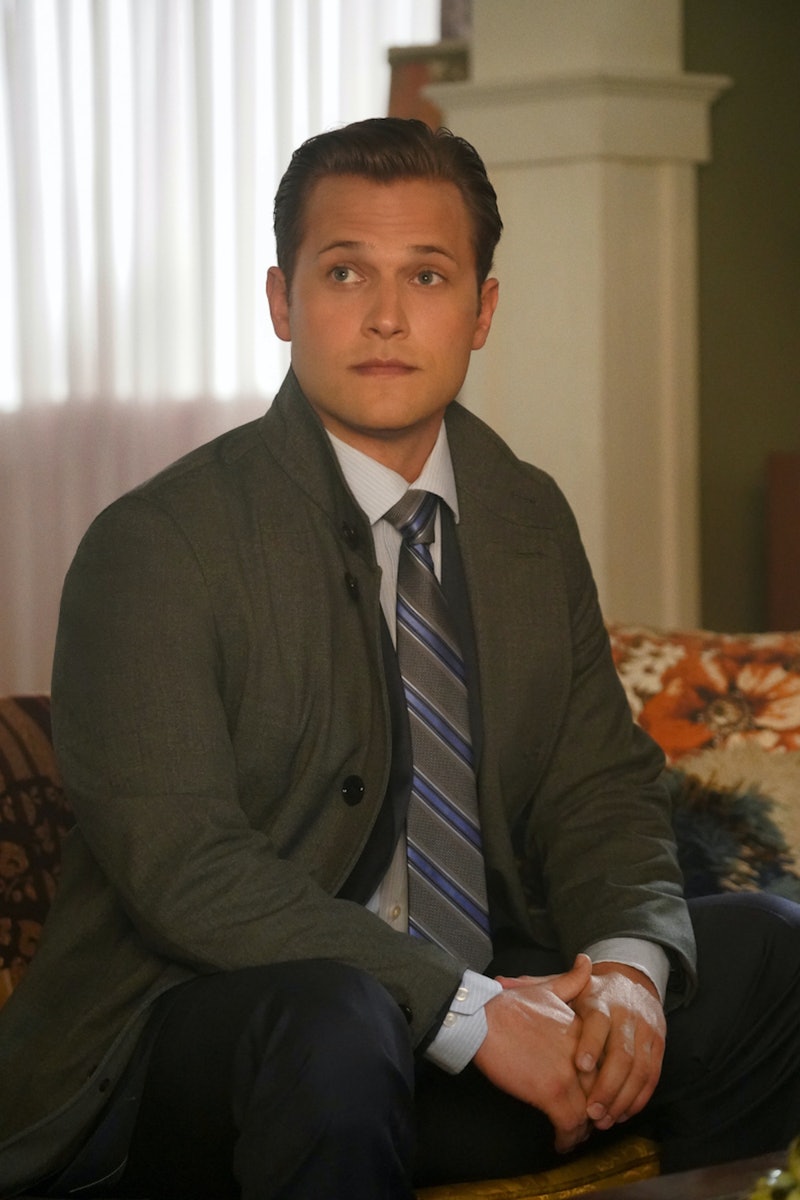 So much happens in any given Riverdale episode that it can be hard to digest it all. Remember in the Season 3 finale when the show sandwiched in an introduction to Betty's real brother Charles Smith between sending the kids on a twisted murder mystery quest and revealing who the real Gargoyle King was? The Gargoyle King is long gone now, but Charles Smith, played by Wyatt Nash, is sticking around. According to Deadline, Betty's brother will have a recurring role in Season 4 as the two work together to take down The Farm for good — with help from Alice, their undercover agent. (Yeah, that was another finale twist.)

Alice had Charles when she was a teenager (FP Jones is Charles' father) and put him up for adoption. He bounced around the foster care system but was not ever adopted. Eventually he grew up and became an FBI agent, but not before telling his story to Chic, who used that information to impersonate Charles and infiltrate the Cooper family. Once Chic's true identity was discovered, Betty believed that Chic had killed Charles... until he came to Riverdale investigating The Farm and revealed his true identity to Betty.

Riverdale creator Roberto Aguirre-Sacasa has hinted that in Season 4, Charles will help steer Betty towards doing good with her brilliant investigator mind, rather than falling down the path her father did, since Betty apparently has the serial killer gene. (Sure, OK.) "[Betty is] turned toward goodness and her brother will, at first, help her do that," Aguirre-Sacasa told TV Insider, adding that the two will continue working on building a case against The Farm. He also said in an interview with Decider that "[Charles is] really gonna have a deep connection with Betty."

In the Archie comics, which lent Riverdale the character names and almost nothing else, Betty's brother does actually work as an undercover agent for the government. Aguirre-Sacasa told Decider that he thought it was fun to borrow that storyline from the series when so much about the show differs from the comics. "It's funny, in the comic book Betty’s brother is an FBI agent. So, that was strangely something we didn't have to change from the comics," he said. "It felt like, given The Farm's story and the FBI’s involvement, 'Oh, this could be a really fun way to bring him on.'

Before Nash was brought on to Riverdale, he starred in several other TV shows. According to his IMDb, he previously played Nigel on Pretty Little Liars, Phil in GLOW, and Kurt Fletcher in Dear White People. But he actually got his start in Hollywood on a reality TV show. Nash was a contestant on the 2011 season of Survivor, subtitled "Redemption Island." He played under his given name Matt Elrod, but adopted the moniker Wyatt Nash when he started acting. He had long hair on Survivor, making him almost unrecognizable as the straight-laced Charles.

But as all fans of Riverdale know, nothing is ever as it seems. So maybe there's more to Charles than his serious exterior suggests. If Alice can be an undercover agent at The Farm and Betty can have a serial killer gene, anything is possible in the Cooper family.