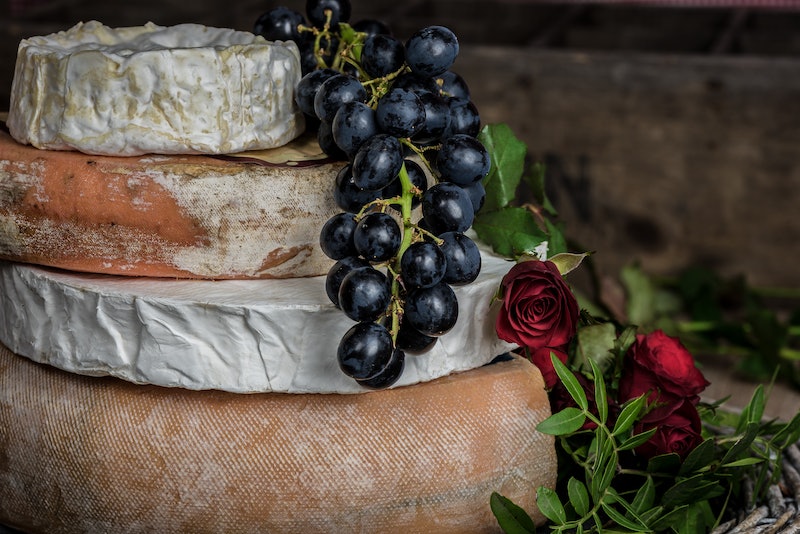 The invention of cheese, blessed be its name, totally changed the course of culinary history by improving every dish so drastically it boggles the mind — but its influence might not stop there. According to some anthropologists, cheese may have literally changed the evolution of the human skull. That's right: People eat so much cheese that, eventually, the anatomy of the human species adapted to deal with the influx of dairy products. You were basically born to eat comfort food.

Anthropologists at the University of California, Davis, recently published a report comparing changes in the shape of the human skull around the invention of farming. Before humans figured out how to plant their own crops, they relied on hunting and gathering (as well as scavenging and fishing) for food. This type of diet requires more effort to chew than farmed foods; cereal and cheese are far softer than stringy meat and some plants you randomly found in a forest. Therefore, the UC Davis anthropologists suspected that after the invention of farming, human anatomy — particularly the bits involved in chewing — must have changed over time.

To test this, they studied around 1,000 skulls from different pre-industrial populations. Some were hunter-gatherers, while others dabbled in that newfangled fad called farming. Researchers found small but significant differences in the skulls from farming communities: The temporalis, a major chewing muscle, shrank and shifted, making the lower jaw smaller and the upper jaw shorter. The most obvious changes were seen in the populations that ate dairy products like cheese. Clearly, early humans knew a good thing when they tasted it.

Although humans have comparatively huge brains for their size, we actually have smaller, more delicate skulls than our primate cousins. It looks like farming, especially the invention of dairy products, may have played a role in this development.

"The main differences between forager and farmer skulls are where we would expect to find them, and change in ways we might expect them to, if chewing demands decreased in farming groups," explained graduate student David Katz in a press release.

This supports previous research finding that skull "robusticity," or its size and strength, is influenced by factors like environment and diet. In 2014, a study also suggested that the human skeleton became lighter after the switch to agriculture, so farming appears to have made a huge impact on our bodies.

In conclusion, next time you're tempted to eat an entire box of macaroni and cheese by yourself, remember that your skull has adapted to do exactly that. Besides, if pasta had existed back then, your ancestors probably would have done the same thing. Digging in would make them proud.