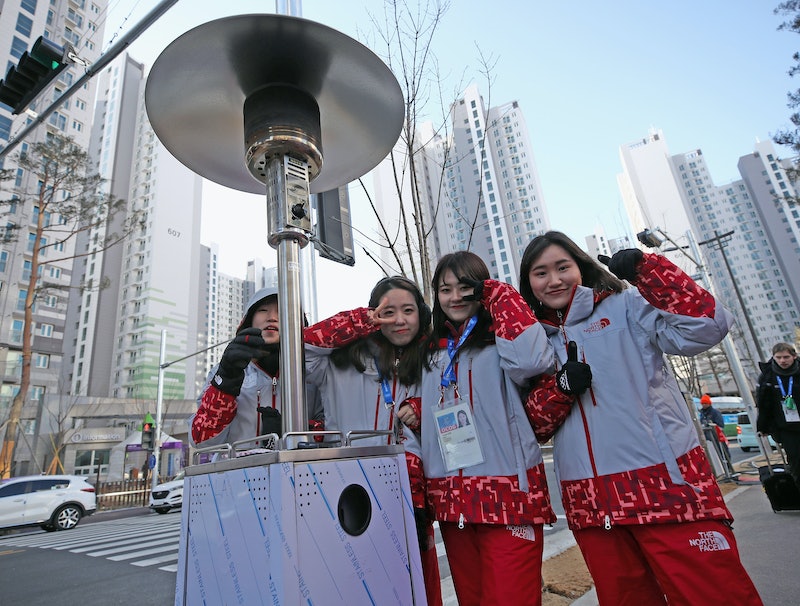 The 2018 Winter Olympics will kick off this Friday in PyeongChang, South Korea. As the much-anticipated games rapidly approach, people are wondering how cold it will be at the opening ceremony — an Olympic event which thousands of spectators typically attend.

PyeongChang, South Korea typically has quite cold winters and, as AccuWeather reported earlier this month, the city is actually the coldest location on Earth for its particular latitude. According to AccuWeather Meteorologist James Andrews, in February, average daily high temperatures are between 30 and 40 degrees Fahrenheit (minus 1 and 4 degrees Celsius) and average daily low temperatures range from 12 to 22 degrees Fahrenheit (minus 11 to minus 5.5 degrees Celsius).

The city has been going through a cold snap this week, though the temperature is expected to increase as the end of the week approaches. Right now, AccuWeather is predicting that the city will see a high of 38 degrees Fahrenheit and a low of 26 degrees on Friday, the day of the opening ceremony. While still cold, this certainly represents a marked improvement from temperatures earlier this week, which were downright frigid.

According to ABC News, the opening ceremony for the 2018 games will take place in a stadium that does not have a roof or central heating — and 35,000 people are expected to attend. Event organizers are reportedly trying to make every effort to ensure that spectators are comfortable and safe in the cold weather, particularly after many audience members reportedly left a rehearsal for the ceremony on Saturday due to the extreme cold.

At the ceremony on Friday, the Washington Post reported that organizers are planning to give every attendee a warming kit which includes six items: a hat, blanket, poncho, heated seat cushion, and hand and feet warmers. Hot drinks will also be sold for around $1. ABC also reported that the venue is equipped with 18 heated rest areas and 40 rolling gas heaters between the aisles. Wind shields have also been erected in parts of the stadium in which cold air typically blows.

American athletes are readily prepared to face the cold temperatures at the opening ceremony. As Cady Lang of TIME described, the athletes' uniforms will actually feature a unique heating element made from "electronic printed conducive inks" that are heated by a separate battery pack. The conductive ink will be in the shape of an American flag inside each athlete's parka and athletes can choose to activate the battery-powered heating with their cell phones. Heating can be adjusted to three different levels and, at the highest setting, can keep athletes warm for up to five hours. The unique uniforms were designed by Polo Ralph Lauren.

While it seems as though every effort is being made to prepare both spectators and athletes for potentially frigid temperatures at the opening ceremony, there are also additional concerns that spectators could be vulnerable to extreme cold conditions while waiting in line to enter the stadium. As ABC reported, people could be waiting in line for hours, making them more at risk of being affected by the cold temperatures.

As such, the outlet reported that Mark Adams, a spokesperson for the International Olympic Committee, indicated that people seeking to attend the opening ceremony should be very prepared for the cold. As Adams put it, "I think people should be sensible, particularly for the opening ceremony, where some people would be spending a few hours out in the cold ... So they need to wrap up and prepare properly."

Overall, it certainly looks like attendees could face quite cold weather at this Friday's opening ceremony. Hopefully those who are planning to attend heed advice and make sure to bundle up in order to protect themselves from the potentially extreme cold.