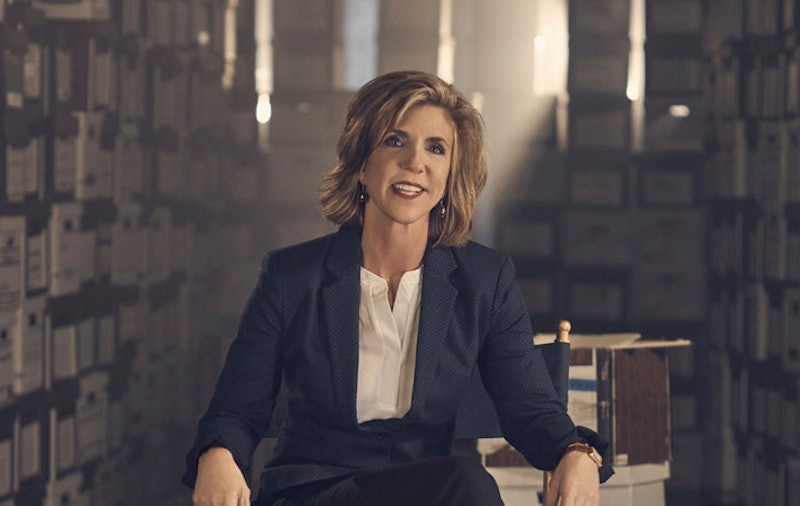 It's no secret that true crime has had a recent resurgence in popularity. From the massive success of the podcast Serial, to the buzz surrounding television mini-series, such as HBO's The Jinx and Netflix's Making a Murderer, it's clear that audiences are hungry for crime stories. Yet, though many series provide fascinating in-depth insight into a particular case, and sometimes result in a new trial, a conviction, or an acquittal, none have been quite as successful at solving cases as Oxygen's true crime show, Cold Justice (which airs Saturdays at 8 p.m. ET).

"What we’re doing is something that no one has ever done before on a TV show," Kelly Siegler, veteran prosecutor and star of Cold Justice says via phone, and in many ways, she's right. During the show's previous run on TNT, Siegler and her team were able to bring about 30 arrests and 16 convictions, a feat that seems almost impossible for a television series.

"I mean, the typical cold case closure rate, I saw a stat one time that said it’s about 18 percent... I think our current closure rate is around 80 percent. That’s unbelievable," Siegler says. "And we’re doing it in seven working days and we’re doing it and then showing you how we did it on TV. No one’s ever done that."

Siegler, who worked in the District Attorney's office of Harris County, Texas, for over 21 years, heads a team of investigators who work with small town detectives across the country to solve cold cases. The team comes to a town for a week to work on the case, ultimately hoping to uncover new evidence, procure a confession, and provide closure to suffering families.

Siegler gained the inspiration for Cold Justice while working in the DA's office. "When I left the DA’s office, I appreciated the fact that in little towns all across Texas at the time, there were all these cold cases that I knew about that I knew that if we could work on them, we could solve them," she says.

And solve them she does. With 16 convictions under her belt, Siegler's Cold Justice doesn't merely provide entertainment — it also provides answers and concrete results, something other true crime shows often fail to do. Siegler attributes this monumental success to the way her team's arrival in a small town means all the resources are focused on one case.

"Because when we go to a town, for the time that we’re there, our time period, those local detectives — and those are usually rural areas that don’t have the luxury of even having a cold case detective, much less a cold case team —they’re forced to do nothing but work on this case from 7 in the morning until, a lot of times, 10 at night, the whole time we’re there," Siegler says.

By bringing new resources and fresh eyes to these small police departments, Siegler and her team are able to breathe new life into the cases they work on. "OK, so the cops in small towns, they work everything, they work the DWIs, the Class Ds, the murders, the robberies, the rapes, the burglaries, and if a new case comes in they have to catch that one," Siegler explains. "So they never have time to go back and focus on their old cases the way we do, the way we know how, the way we had, and so we get there and I think that’s what makes it all work."

The formula certainly does set the show up for success. Very few programs on television match the ability of Cold Justice to actually solve cases and provide closure for grieving families. In this way, Cold Justice is more than mere entertainment — it provides an alternative route to justice for victims that have been neglected or forgotten.