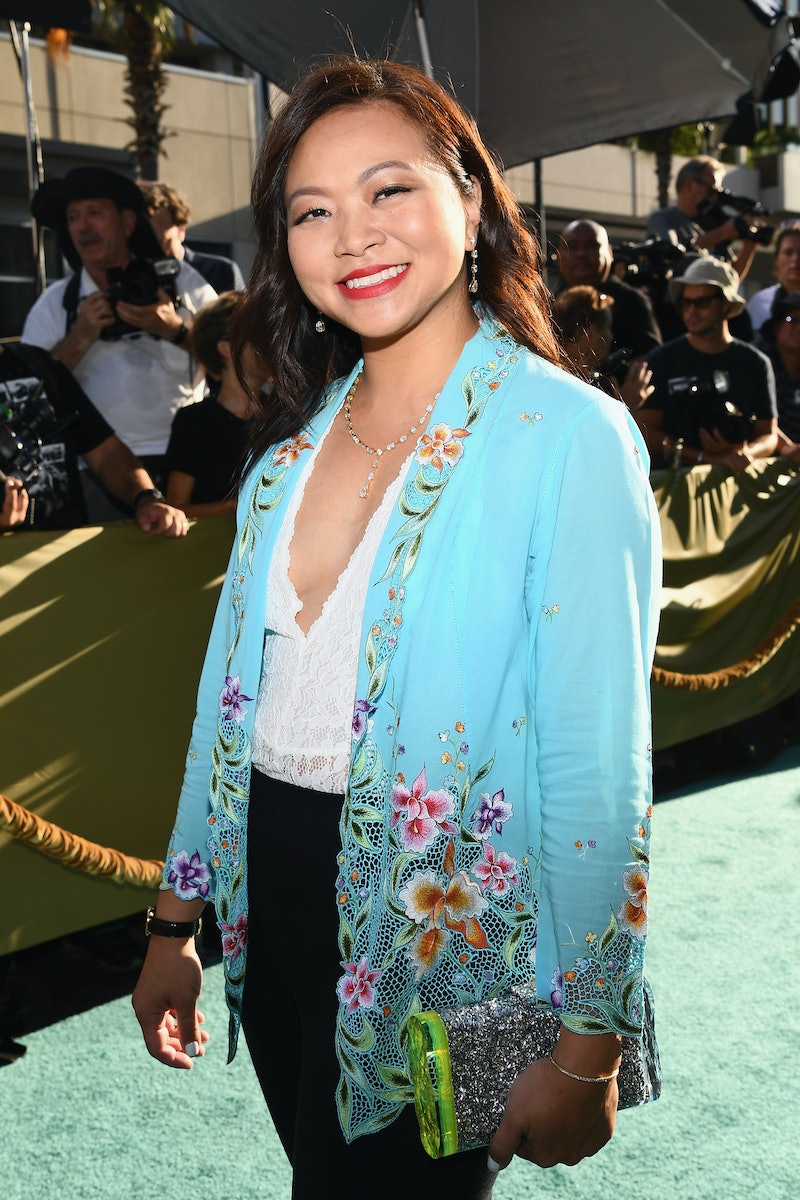 It's not really a surprise that the Crazy Rich Asians movie would have some major changes from the book. The novel involves so many characters and locations that there's a huge family tree at the front and countless footnotes throughout, and as such, fitting in everything would make the film 10 hours long. But if you think that the changes made to Crazy Rich Asians were simply to make it more of a conventional rom-com, you're wrong. Much of co-screenwriter Adele Lim's motivation for switching things up was actually to make the story's female characters stronger and more dynamic.

When Lim came on board, she says when we speak days after the film's release, her co-screenwriter "Pete Chiarelli had already done a really amazing job in setting up the conflict dynamic between Rachel, Nick, and Eleanor." Part of her job, then, was to contribute to the "authenticity that the book brought" (she's from Malaysia and while she says that her own family "wasn't rich", she adds that "on a detail-to-detail level that book is completely authentic") and also to flesh out Rachel Chu. Explains Lim, "The book does such a great job of pulling you into this great world, but [Rachel] doesn't have a lot of agency and there's not a lot of actions that she takes on."

To achieve more agency for Rachel, the conflict between her and Eleanor was brought front and center, rather than Eleanor being shown doing a bunch of malicious digging and gossiping behind Rachel and Nick's backs like in the book. Eleanor was also made more sympathetic. "She does these outlandish things, she hires a private investigator, but it comes from a place of deep devotion to her family and love for her son," Lim explains. "We learn that there's sacrifices that she's made, so that she never comes across as this mustache twirling villain, as a person that's just out to make Rachel's life miserable."

Lim says this familial conflict with Eleanor also means that there's "an honor paid to the values of that community" — Rachel has to win over the family. As Lim puts it, "it's not just between the man and the woman."

In the movie, the conflict between Rachel and Eleanor comes to a head during the ending, a mahjong scene dreamed up by Lim and director Jon M. Chu. "There are just so many great things about [mahjong] that really just fit the dynamic of both those strong female characters," Lim says. "One of the big accusations Eleanor has for Rachel is that she's a foreigner, she doesn't get the culture. And Rachel is showing, like, yes, b*tch, I get your culture." Lim notes that those who aren't familiar with mahjong might not pick up on what's happening with the game play in that scene, but basically, Rachel could win, but "chooses a nobler path" — and really sticks it to Eleanor by doing so.

Lim calls the changes to Eleanor and Rachel's ending in this scene "one of the compromises we made in terms of making this a satisfying movie experience." She continues, "We wanted Rachel to have a victory, but not a traditional western rom-com victory. I think the more traditional formula for it is your lead character yells at the villain and storms out and the boy chooses her, and we knew we didn't want that. We didn't want two women fighting over a man."

The result is Eleanor's eventual acceptance of Rachel, as shown by the huge, expensive ring Eleanor gives her son to propose with. "We very intentionally set out a structure where that big emerald ring plays out," explains Lim. "It was a symbol for Eleanor of her mother-in-law's rejection of her that she's carried this whole time, and then in the end it's used as a symbol of her acceptance of Rachel."

While audiences clearly enjoyed all of Crazy Rich Asians' plot twists and dramatic moments, the changes from book to movie do mean that a potential sequel would also need to be different from the next novel, China Rich Girlfriend. But that doesn't rule another film out from happening. "I think we're sort of in the gray area, the fudge-able side of it ... There would still be a way to work it," says Lim.

As for whether she'd return for a second movie, the screenwriter isn't quite ready to think about that yet. "I feel lucky. I can’t dare to dream that there will be sequel, or that that same team dynamic will be there, but if there's semblance of it, absolutely," she says. After seeing the first movie, fans would surely want to know where Lim and Chiarelli would take Rachel and Eleanor from here.

More like this
The 'Spiderhead' Movie Ending Is Nothing Like The Short Story It’s Based On
By Morgan Leigh Davies
You Might Want To Rewatch 'Elvis' For This Britney Spears Easter Egg
By Grace Wehniainen
Everything You Need To Know About The 'Knives Out' Sequel
By Grace Wehniainen
Is Austin Butler Really Singing in 'Elvis'?
By Arya Roshanian
Get Even More From Bustle — Sign Up For The Newsletter