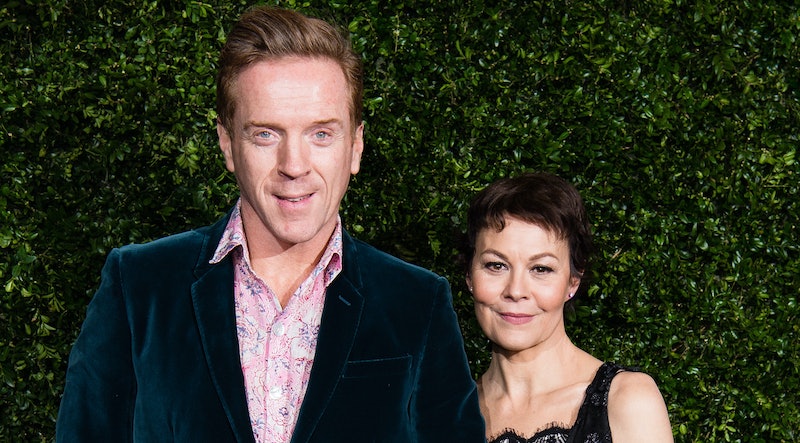 Conducting a relationship in the world of showbiz can be tricky, however Peaky Blinders star Helen McCrory and Homeland actor Damian Lewis have defied the odds. The acting couple have been married for over a decade, and have gone on to have two children together. But how did Helen McCrory and Damian Lewis meet?

According to the Daily Mail, McCrory and Lewis first met back in 2003 when they co-starred in the theatre production Five Gold Rings at London's Almeida Theatre. The director of the play, Michael Attenborough, has previously recalled the couple's early relationship — which began to blossom during rehearsals. He told Vogue: "Oh, there was something in the air that was just extraordinary. I witnessed two people falling for each other hook, line and sinker, which, of course, worked brilliantly in the play."

During an interview with the Radio Times, McCrory revealed what first attracted her to the 48 year-old actor. She said: "He just made me laugh a lot. And still does. Of course, everyone in life wants someone to love and be loved by, but I think I was always just engrossed and involved in work. And no, the timing was pure fluke, pure chance, it always is, isn’t it?"

McCrory's latest television venture gets underway tonight on BBC Two in the new series MotherFatherSon. The show centres around a family at the helm of a powerful business empire, and McCrory stars as Kathryn Villiers, the ex-wife of Richard Gere's character, Max Finch — a self-made American businessman who runs the family business. Villiers is a member of the English aristocracy, and after her divorce from Finch she begins volunteering at a homeless shelter, where she grows particularly close to a homeless man named Scott. However, their relationship soon catches the attention of the national press.

Villiers also becomes increasingly worried about her son Caden, played by actor Billy Howle, due to his drug-use and lack of social life outside of his job in the family business.

According to the Evening Express, McCrory revealed that she turned down the lead role in another television show in order to be cast in MotherFatherSon. She said: "My agent Nick Forgacs called me up to say there was a fantastic project floating about, but the only names that were reading it were big film stars. He couldn’t tell me anything about it, nor were they sending it to me, but Nick’s excitement was palpable: "If I can get you into the room I think you’ve got a chance… but I’ve got to get you into the room first'."

Shen then continued on to reveal, "So we gate-crashed the auditions basically. I was being offered various things during this process — I even declined a lead role in another series purely on the chance of getting this, because Tom Rob Smith’s writing is brilliant and it is one of the most original scripts I’ve ever read. And you always want to be part of the good stuff."