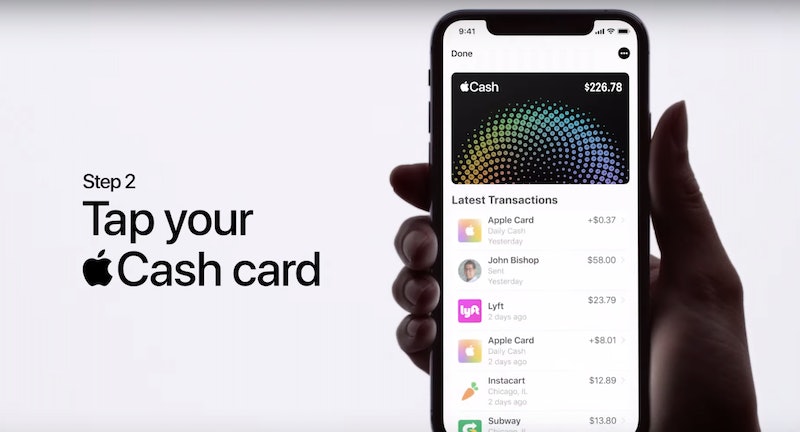 When Apple announced it was releasing a credit card in March, one of the features the company bragged about the most was Daily Cash. If you're wondering how Apple Card's rewards work, you might already be aware that instead of a points system or some other type of rewards, Apple Card will allow users to get cash back on their purchases that is added to their account each day. There are three levels of cash back that Apple Card holders can receive — 1% cash back, 2% cash back, and 3% cash back — that are based on what type of purchase is made.

The two types of purchases with which Apple Card-paying customers will get the most money back are purchases from Apple and purchases made using Apple Card with Apple Pay.

If a cardholder makes a purchase directly with Apple, they'll get 3% Daily Cash back. This includes buying something at an Apple Store, on Apple.com, in the App Store on their phone or other device, and on iTunes. It also includes in-app purchases and services; for example, an Apple Music subscription. This is the category that will give users the highest percentage of cash back on purchases. Makes sense: Apple wants people to buy things from them.

Next, Apple Card users can get 2% Daily Cash back each time they use their Apple Card with Apple Pay. Apple notes that this is "in every category, with no limits." Of course, the store — online or physical — in which the purchase is being made has to accept Apple Pay. This is a way of encouraging Apple Card users to shop where Apply Pay is accepted rather than in stores or on apps or websites where it is not.

As you can see, all purchases get Apple Card users some amount of Daily Cash, which (like any other credit card with a rewards program) is meant to influence them to use their Apple Card rather than paying with a debit card, another credit card, or using cash.

As for how the Daily Cash works once cardholders receive it, it's stored in the iPhone's Wallet app and is pretty much like a debit card that can be used with Apple Pay. It can be used in stores that take Apple Pay in person and online, as well as on apps. It can also be used to make a payment on the Apple Card. (So, using the cash back you got by spending money to pay of the money you spent.) The Daily Cash can also be used to pay someone else using Messages, or it can be transferred to a bank account.

Daily Cash is just one aspect of the Apple Card. If you'd like to learn more or sign up to be notified of the card's launch, that information can be found on the Apple website here.