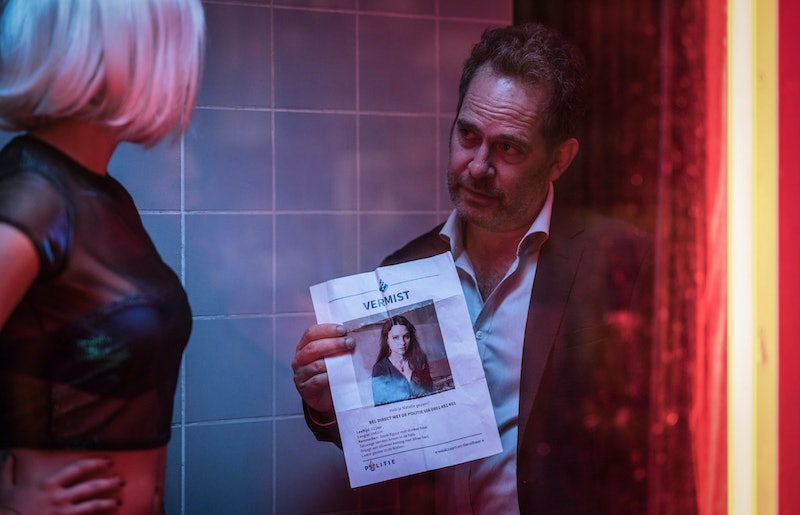 In the first episode of Baptiste, the long awaited spin off from The Missing, Julien Baptiste is back to doing what he is best at — helping to find a missing person. In this case, he is helping Edward Stratton find his niece Natalie Rose who has gone missing while working as a sex worker in Amsterdam's famous red light district. However, towards the end of episode one we find out all is not what it seems. So how does Edward know Natalie in Baptiste?

Spoiler alert all Baptiste fans. Seriously. If you haven't seen episode one in its entirety yet, turn back now.

So Edward is absolutely hysterical about his missing niece, looking for her constantly and even having panic attacks so enormous that he is hospitalised. He is all heart when he shows his utter devastation at her disappearance, and displays all the raw desperation one would expect from a person missing a loved one. However, at the end of the first episode we learn from Natalie herself after she is found, that y'all, he is not her flipping uncle at all. But what would this show be if it didn't leave you with like a bajillion questions left unanswered.

Like, for example, the human head that is currently actually festering in creepy Edward's basement. Why is that there? At the beginning of the show, a seemingly adorbs older gent is murdered by a Romanian assassin who is last seen revving up a chainsaw. Gulp.

When the search is on for Natalie, and before the revelation about the not so avuncular Edward, he is shown lying down in bed and has a flashback of her crying and looking at him fearfully. Imma be real and say I instantly had my back up when this image flashed on the screen, assuming that he was an abuser and that perhaps she was keeping herself away on the DL to get away from him. Or maybe darker still, he was pretending she was missing just to cover up that he had murdered her.

Luckily, she is found alive and well at the end, but considering her flatmates and friends didn't seem to actually know where she was, she was very much in hiding.

OK so bare with because I am about to fan theory all over you. So, the link between Edward and the Amsterdam underworld is that rotting head. Gross. Anyhow, you may well have noticed that the assassin and subsequent chainsaw maniac was himself, Romanian. The predominant nationality of the gangs in this particular show is Romanian. So there is our link between Edward and the gang. But then why was the gang having him and Baptiste watched? And y'all what the hell is he searching for Natalie for?

My theory is that Edward was one of Natalie's clients and that he is so high up in the criminal underworld of Amsterdam that none of the lower level gangsters know what he looks like. I think that Natalie was visiting Edward in his home and accidentally saw the head and (understandably) hightailed it the hell out of there. I am also guessing that he has psychopathic tendencies owing to his ability to lie so convincingly and also like, the actual human head that is in a bag in his basement like it is no big deal. I also wonder why the old man was killed? Maybe a link to Edward's past?

How they actually know each other remains to be seen and knowing how excellent the Williams brothers are at bamboozling audiences—this theory is perhaps just complete nonsense.

Watch Baptiste weekly from 17 February on BBC One