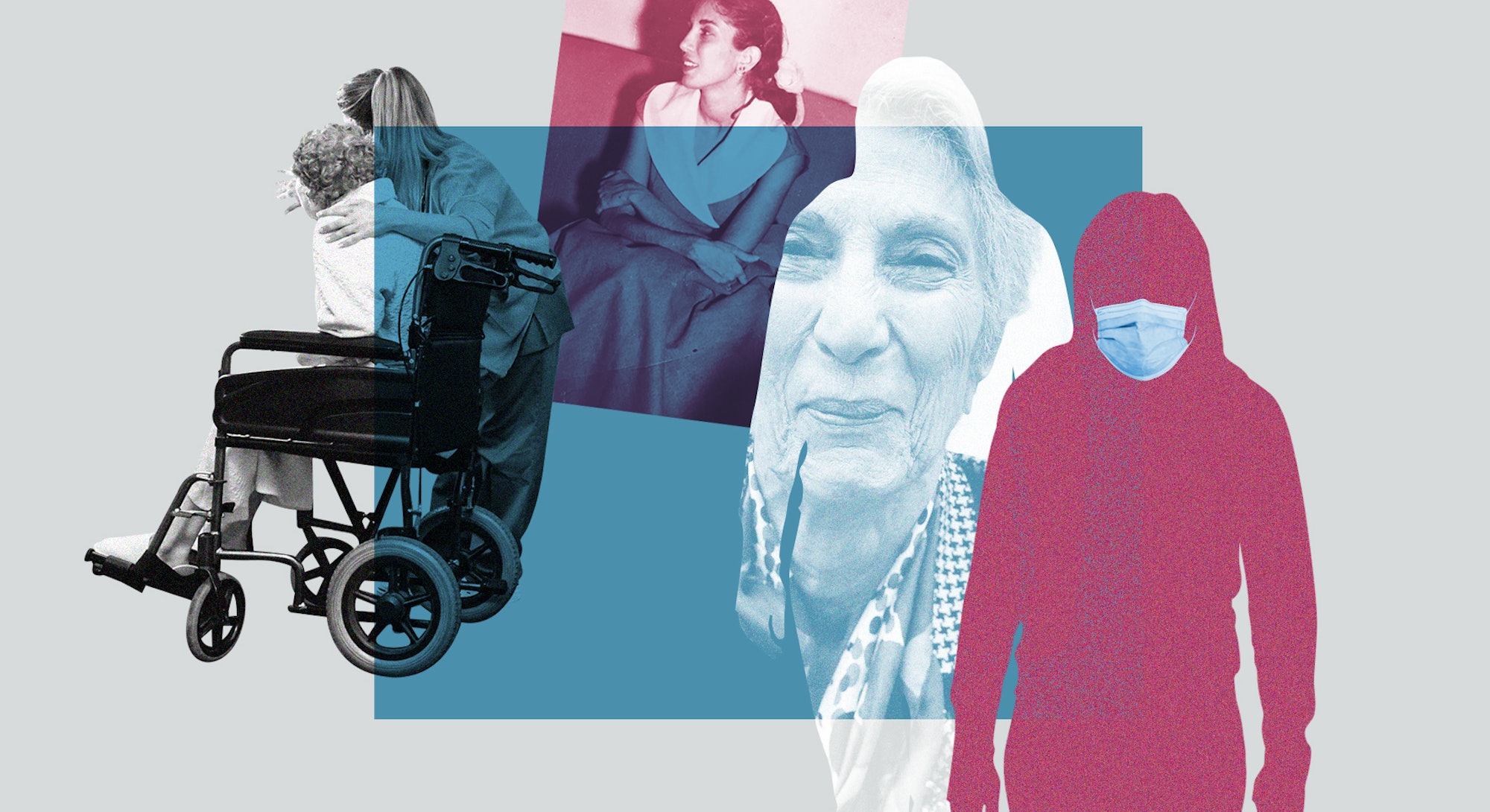 Margaret Flatley
By Iman Hariri-Kia
May 7, 2020

“I don’t want to leave you alone,” I whispered, locking eyes with my grandmother as I unwrapped a piece of spearmint gum at her behest.

It could have been 10 a.m. or 3 p.m. — there was no way of telling through the fluorescent bulbs that lit up her hospital bed.

My grandmother poked her head up at me. Her expression was blank but docile, like a newborn.

“Then don’t.” Her eyes pleaded. She snatched the gum from between my fingers and popped it into her mouth. I kissed her forehead and walked out the door.

That was one week before New York issued its stay-at-home order in March, and one year into a series of falls that rendered an Upper East Side hospital my grandmother’s second home. My grandmother, who left Iran during the revolution, fleeing to London with my grandfather and my youngest aunt, moved to New York when I was born to help raise me.

Before her first fall, I’d never seen her as anything other than a permanent fixture, plugged into my life. But as her body began to break down, she was forced to forfeit her independence. So, I let her depend on me, never thinking I’d suddenly have to abandon her. But now that the pandemic has separated us, I no longer worry if I’m doing enough. Instead, I struggle with the fact that I can’t be there at all. How can I possibly explain my absence to her, as I shelter at home knowing she needs me by her side more than ever?

Since the accident, her confidence has chipped away along with her bones. The inability to do things on your own, she decided, was a fate worse than death. So as her mind began to explore dark, philosophical corners, I resolved to give her something to live for. I began visiting her two to three times a week. We’d talk as if we were cosplaying as girlfriends, ignoring her injuries, and the fact that she’d bathed me in the kitchen sink 25 years ago. I learned she had been a champion golfer, the first of Tehran society to fashion a pair of capris; that she and my grandfather had briefly owned a salmon farm in Scotland.

“Where did you go?” she’ll ask, prompted by my grandfather. “Why did you leave?”

We grew closer, as two anxious people bonding over a recurring nightmare. She was afraid of falling to her death. I was afraid of getting the call. But neither of our fears were irrational, nor were they hypothetical.

Nobody breaks their hip twice in one year and gets to walk again, the doctor told us after her last fall in February. Especially 89-year-olds. But my grandmother is stubborn and she hates when people — especially men — tell her what she is and isn’t capable of.

Seven days after her surgery, she was discharged. The hospital had three COVID-19 patients and needed her bed. I was on my way to her house when my father called and told me my grandfather was sick with a cough — he had been sleeping on the hospital room floor. I was instructed to stay away. And so I have, for two months.

When my grandmother was in pain, I asked her to fight for me. I tempted her with the prospect of a brighter future. Just a few more weeks and we’ll celebrate Nowruz together. We’ll eat sabzi polo-mahi. And we’ll dance. I promise to dance with you.

The Persian New Year has come and gone, and I’ve broken all my promises. On the first day of spring, I did my best to dance for her, as she sat confined to her wheelchair on the other side of the screen. She watched me remotely blow out my birthday candles in April, knowing I’d once told her I’d save her a piece of chocolate cake. The plans I swore we’d share, the memories we’d make, have been put on hold. For her, it’s like they never existed in the first place, as if she had been tricked into holding out hope.

I call her from 106 miles away. I scream into the phone, a big belly belt, but she can’t hear a thing. Her hearing aid expired two weeks into social distancing. With barriers to using technology, she feels cut off from her family. To her, the world around her has gone quiet.

“Where did you go?” she’ll ask, prompted by my grandfather. “Why did you leave?”

In truth, I never left. I’m still with her whenever I flip through the channels and land on an Audrey Hepburn film or sample a box of chocolates. I worry for her each time my phone unexpectedly rings. I wish I could send her a mental screenshot of every sunset. I carry her with me but continue to stay away. Not because I no longer love her, but because of how much I do.