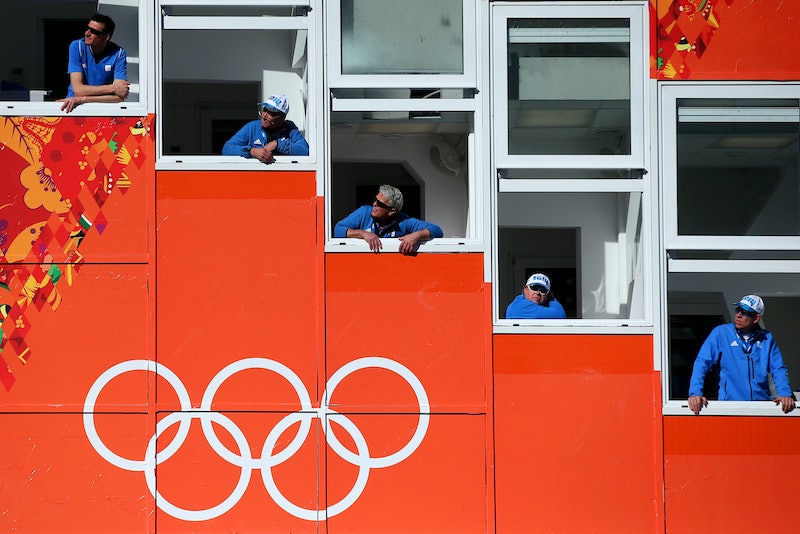 Athletes may be the stars of the show, but judges have the final say when it comes to who leaves the 2018 PyeongChang Games with a shiny gold medal. If you're wondering how one becomes a judge at the Winter Olympics, know that it's not a quick and easy career path.

Let's start with the basics: Each sport has its own International Sports Federation that manages the respective sports, even between Olympics. One of the most recognizable is the Fédération Internationale de Football Association (commonly referred to as FIFA). Individual federations nominate judges to work at the Olympics, and the International Olympic Committee (IOC) either accepts or rejects those nominations.

Each federation has a different process for selecting judges to nominate, but a judge generally has to become accredited within their chosen sport and work their way up. Because judging sports at the international level is very, very different than judging at the national level, they also need to learn the international rules governing their sport. Typically, multiple tests are required to prove a judge is qualified to work at a higher level of competition.

The process is particularly complicated for figure skating, which, unlike many other Olympic sports, has different kinds of judges. Figure skating judges specialize in either dance, singles and pairs, synchronized skating, showcase, or theatre on ice. Before earning a judging appointment in figure skating, one first has to become a trial judge; trial judges are tested at competitions, where their judging sheets are compared to the official judge's scores to see how they measure up. After passing that test, they're qualified to judge within their home country.

A U.S. Figure Skating document explains that aside from knowledge of the sport, figure skating officials look for judges who are able to make independent decisions, have a good temperament, are able to handle stress, and have a "sincere desire to be of service to the sport." After a judge establishes their ability to be fair within U.S. Figure Skating, that judge can then take the tests necessary to potentially move up to the International Skating Union (ISU).

Unlike most sports, however, figure skating judges are nominated by national skating federations — not international federations. They're also allowed to judge athletes from their home countries, meaning judges often score athletes competing for the same organization that nominated the judge.

Again, the IOC has the final say on who judges the Olympics. But the practice of national federations determining who's nominated in the first place has led to figure skating scandals in the past. At the 2002 Salt Lake City Games, the ISU suspended two French figure skating officials for three years for allegedly conspiring to fix the results. As The New York Times reported at the time:

"Penalizing judges for attempting to fix figure skating results is not unprecedented. Three others have been suspended in the last four years. At the 1998 Winter Games in Nagano, Japan, Yuri Balkov of Ukraine was taped by the Canadian judge Jean Senft explaining what order the competitors would finish in the ice dancing competition before it took place. He was suspended for one year. In 1999 Svyatoslav Babenko, a Russian judge, was barred for three years and Alfred Korytek of Ukraine for two years after they were caught on videotape exchanging signals during the pairs competition at that year's world championships."

Sports that aren't as subjective, such as bobsled, still have officials watching to see who finishes the race first and to declare a winner. As you watch the upcoming games, don't forget that many of the judges you see onscreen probably spent just as long getting to the Olympic stage as the athletes themselves.