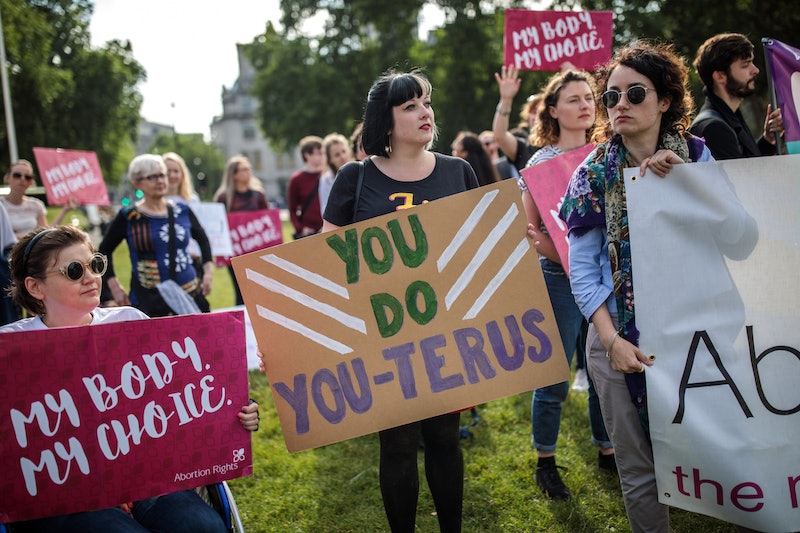 Social change is an ongoing process. Widespread societal shifts, from the gains made during the Civil Rights movement to #MeToo, tend to happen incrementally over time — usually, thanks the work of a vocal minority that catalyzes progress for the majority. But researchers have long wondered how many people it actually takes to create change by turning the tide of public opinion, and now, a new study published in the journal Science has an answer: once 25 percent of a population adopts a new social norm, the rest of the population will follow, a press release about the study reports.

The new paper states that it only takes about 25 percent of a population to stand up for an issue — like stopping sexual harassment in the workplace — in order to create lasting change, and that “this idea of a social tipping point applies to standards in the workplace and any type of movement or initiative,” according to the press release. This means that, literally, one person can make a difference in helping build that critical mass needed to create change.

As noted in the recent press release, researchers have been trying to pin down exactly how many people it takes to create the critical mass needed to shift group norms, but the numbers remained elusive because “real-world social dynamics are complicated.” It isn’t possible to recreate history to find out how things might have been different if activist groups had been larger or smaller during various movements.

Lead study author David Centola Ph.D., associate professor at the University of Pennsylvania’s Annenberg School for Communication and the School of Engineering and Applied Science stated that, for this study, researchers were able to “develop a theoretical model that would predict the size of the critical mass needed to shift group norms.” For more than a decade, Centola has been developing an online method for testing how “large-scale social dynamics can be changed,” and this method was helpful for the current research.

According to Scientific American, researchers enlisted 194 participants, and assigned them randomly to 10 online groups. The study’s abstract states that participants were repeatedly shown an image of a person, and then given a financial incentive to collectively agree upon a name for the person in the picture. Once that norm had been established, a group of activists was introduced in order to push for a change of that name, or norm. Researchers found that when the minority activist group reached 25 percent, the group dynamic quickly and dramatically shifted, and the majority of participants then adopted the new name. Even when researchers doubled and tripled the cash incentive for participants to stick to the established norm, the minority activists could still overturn it. Centola said in a press release that “When a community is close to a tipping point to cause large-scale social change, there’s no way they would know this, and if they’re just below a tipping point, they’re efforts will fail. But remarkably, just by adding one more person, and getting above the 25 percent tipping point, their efforts can have rapid success in changing the entire population’s opinion.”

Centola affirms that social groups and environments, both online and off, can, and do, have major impact — and can lead to outcomes like less tolerance for racism, homophobia, or sexual harassment in the workplace. Group dynamics can also lead to antisocial behaviors on a collective scale, like internet trolling and bullying.

So while shifting people’s underlying beliefs is no small feat, especially when those beliefs are deeply entrenched via personal and group histories, evidence now shows that a small minority group of change-makers can have profound, powerful, and lasting impact.