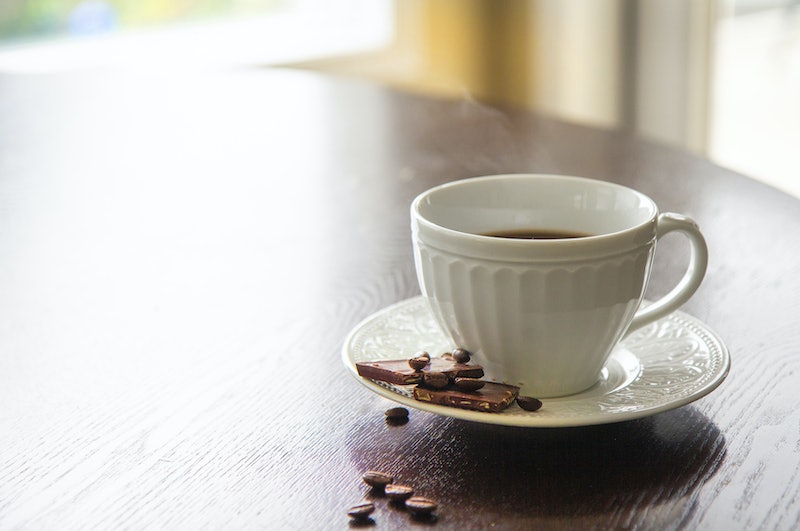 Plant-based milks, from soy to almond, have been all the rage in the healthy eating and vegan spaces for years. But these old standbys have a challenger: Oat milk, which has become so popular that coffee shops struggle to keep it in stock, according to an April report from Bloomberg. And not only is oat milk becoming a more common option for your out-of-home consumption, but it turns out oat milk is super easy to make at home, too.

According to Bloomberg, coffee shops love oat milk because it has a creamy texture that is pretty similar to dairy milk, allowing baristas to make latte art the same way they could with cow's milk. And one barista who chatted with Bloomberg said that oat milk "tastes the best of all the milk alternatives." While that will likely vary from person to person, the health benefits of oat milk won't. Keri Gans, a dietitian, told Shape that oat milk has more protein than every other type of plant-based milk except soy; it has more fiber than any other type of milk, cow's milk included; and it also contains "the B vitamins thiamin and folate, the minerals magnesium, manganese, phosphorus, zinc, and copper, as well as a variety of other vitamins and minerals in trace amounts," Gans explained.

As for what you can use oat milk for, it's not just in your coffee. Gans said you can use it the same way you would use cow's milk, including for cooking and baking.

So with that in mind, and knowing oats are pretty easy to get your hands on, you may be wondering how you could make this healthy, tasty stuff at home. According to Faith, the blogger (who goes by first name only) behind The Conscientious Eater, oat milk is almost ridiculously easy to make, and takes less than five minutes. For folks who have made other plant-based milks at home, this short time is probably going to be a bit of a relief; Faith mentions in her post that making almond milk at home can involve needing to soak almonds for hours, sometimes even overnight, so making it at home is (understandably!) just too time-consuming for some plant-based milk enthusiasts.

Faith instructs folks who want to make oat milk at home to pour one cup of old-fashioned rolled oats and three cups of water into your blender and blend until smooth. Then you'll need to get the oat pulp out of your milk by straining it; Faith says to use a nut milk bag or, if you don't have one on hand, cheesecloth will do the trick too. Then just stick it in your fridge to chill.

She does note that this particular type of milk can't be heated, and that it will have a strong oat-y taste, and will not be sweetened. You can remedy these taste issues — if they're issues for you — by adding sweetener and the flavoring of your preference. Faith suggests vanilla, and also has a recipe for making chocolate oat milk.

Making oat milk at home gives you the benefit of having it at hand whenever you want it, but it can also be a cost-saver, especially if you like to get coffee out. The New York Times took a look at the presence of oat milk brand Oatly in coffee shops and noted that because of the price of wholesale for Oatly, customers who wanted oat milk in their coffees at Onyx Coffee Lab in Arkansas were paying $1 extra, compared to 75 cents extra almond, coconut, and macadamia milks.

Whether you ask for oat milk in your next latte or try making your own at home, it's is definitely worth a shot if you're into plant-based milks. And luckily for folks who are fans, it doesn't look like the oat milk trend is dying down anytime soon.