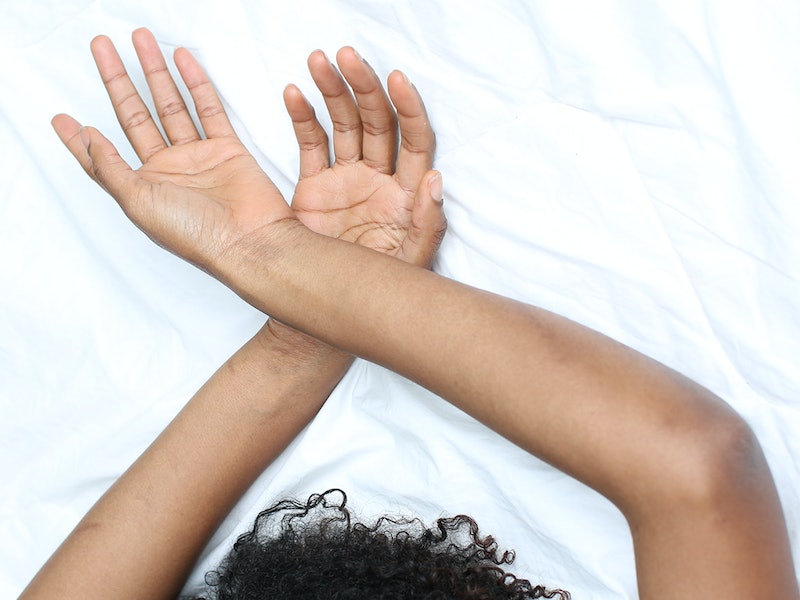 Pop quiz: what’s the most common sexually transmitted infection in the United States? If you guessed herpes, gonorrhea, or chlamydia, you’re incorrect— the answer is actually human papillomavirus, more commonly known as HPV. The Centers for Disease Control and Prevention (CDC) estimate that 79 million Americans, predominantly people in their late teens and early 20s, are currently infected with HPV, with around 14 million new cases occurring each year. The CDC even suggests the STI is common enough that without getting an HPV vaccination, “almost every person who is sexually active” will get infected at some point in their lifetime. The infection is commonly thought to be contracted through intimate skin-to-skin contact (like vaginal, oral, or anal sex) with someone who has the virus. But while the infection is often detectable in the hands, there’s been questions about whether hand-genital contact is also capable of transmitting HPV. A new study’s findings suggest that HPV transmission is not likely to happen via hand-on-genital sexual contact, with the majority of the infections occurring through genital-to-genital sexual contact.

In case you haven’t brushed up on your sex ed in a while, here are the facts: the name HPV actually refers to a group of viruses, and there are more than 100 different kinds. HPV symptoms can range from warts on genitals or on other areas of the body, to cell changes that may result in cervical cancer in some cases. Most people with HPV don’t develop symptoms, Planned Parenthood says, meaning many people don’t realize they’re infected in the first place.

This new study, published in The Lancet Infectious Diseases, focused on 18-24 year old female university students based in Montreal, Canada, and their male sexual partners, over 500 people total. Subjects had to have been sexually active within the six months prior to joining the study, and the women received clinic examinations every four to six months for up to two years. Meanwhile, the men had one initial visit and an additional follow-up visit around 4 months after the first exam. The scientists then tested their subjects’ hand and genital swab samples for 36 HPV types.

"Just because we detect HPV DNA in the hand doesn't necessarily mean the viral particles are viable or that there is enough to cause an infection," said Dr. Talía Malagón, the study's co-author, in a statement. "The DNA might just have been deposited on the hand because a person recently had sex or touched their own genitals."

Past research suggested that sexual partners usually possess the same HPV types within their genitals and hands, and inspired by this finding, Dr. Malagón said the new study “[controlled] for infections in both the hands and the genitals to disentangle which had come first and whether it was the hand or the genital infections that were responsible for HPV transmission between partners."

The results were that people had a higher chance of becoming HPV positive if they had a partner who was HPV positive in their hands or genitals. When the researchers accounted for the risk of becoming infected by a sexual partners' genital HPV infection specifically, infection risk then didn’t have a correlation with hand-HPV infections anymore.

It’s important to note that these results don’t mean that contracting HPV from hand-genital contact is impossible. "It just means that if hand-to-genital HPV transmission does happen, we have not observed it, and it is therefore rare and unlikely to explain how most HPV gets transmitted," said Dr. Malagón.

The good news is that it’s relatively easy to prevent HPV by getting properly vaccinated to protect against it and practicing safe sex with condoms. For people who have contracted HPV, getting regular screenings for cervical cancer is crucial.