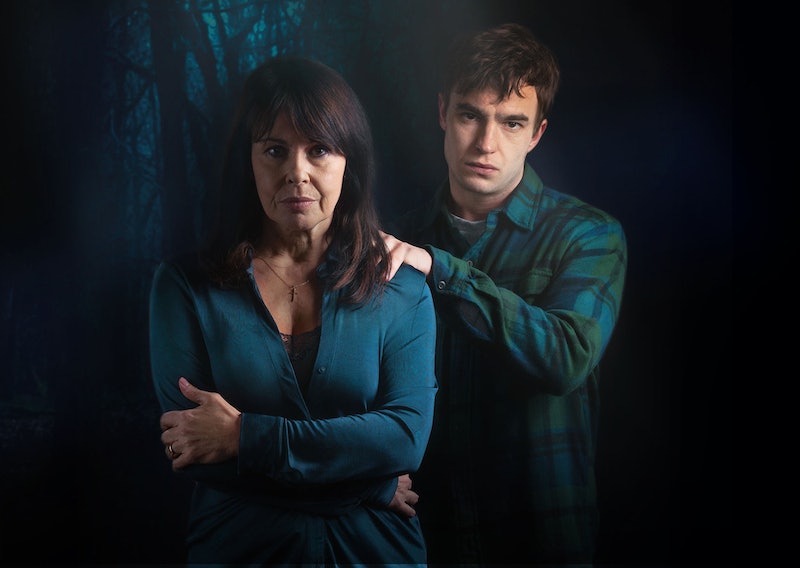 Channel 5’s new three-part lusty thriller Penance couldn’t have come at a better time. It focuses on the Douglases, a family who have lost their son and brother and are at breaking point. A stranger comes into their home to seemingly ease their pain, but in this series everyone has a darker motive. So how does Penance end? The first episode aired on March 17, but keen fans might be able to find out the ending before the final episode.

Julie Graham and Neil Morrissey play grieving parents Rosalie and Luke Douglas who lost their son Rob in a swimming accident in Thailand. With their marriage on the rocks, Graham's character meets enigmatic Jed (played Nico Mirallegro) at bereavement counselling and very quickly they become more than close.

If you can't wait to find out what happens you may be able to glean some clues, as Penance is based on a book of the same name by Kate O'Riordan. Especially as O'Riordan was involved in bringing her book to life and wrote the first episode. As in the TV series, Rosalie, Jed, and Rosalie’s daughter Maddie (played by Tallulah Greive) become trapped in a love triangle. However, when it becomes clear that Jed is responsible for Rob’s death and is tearing her family apart at the seams, Rosalie murders him and with the help of her family hides the body.

For Graham, it was an easy decision to get involved in the project. She explains: “I was half way through the first episode and I told my agent ‘yes’. I love the themes of grief, passion, and loss. It’s dark tense, and taught and it’s psychological and you’re suspicious of a lot of people's motives. It was a real page turner and that rarely happens.”

Penance was first published in 2016 and while the three-part series is more condensed than the book, it still just as gripping. “It’s fun in that it’s very dark material but it was well written and you want to get to the end,” says Morrissey, “the three things for me in this are sex, death, and religion. The passion that’s demonstrated in the raunchy scenes and the trust issues. There's a priest throughout who is giving the characters advice. There’s guilt about the feelings that people have for each other.”

The Channel 5 series will have you second guessing every character until the very end. As O’Riordan was on hand throughout the adaptation, it’s highly likely that the TV ending is going to be just as shocking and deadly as that of the book. The final episode airs on March 19. on Channel 5 but you can catch up with previous episodes on the broadcaster's streaming service My5.

More like this
Everything To Know About The 'Daisy Jones & The Six' TV Series
By Maxine Harrison and Brad Witter
Armani Jackson Is Following In His Famous Actor Sister’s Footsteps
By Catharina Cheung
The Banned 'Friends' Ad Shows Monica As You’ve Never Seen Her Before
By Sam Ramsden
Con O'Neill Was Connected With Sarah Lancashire Long Before 'Happy Valley'
By El Hunt
Get The Very Best Of Bustle/UK
Sign up for Bustle UK's twice-weekly newsletter, featuring the latest must-watch TV, moving personal stories, and expert advice on the hottest viral buys.