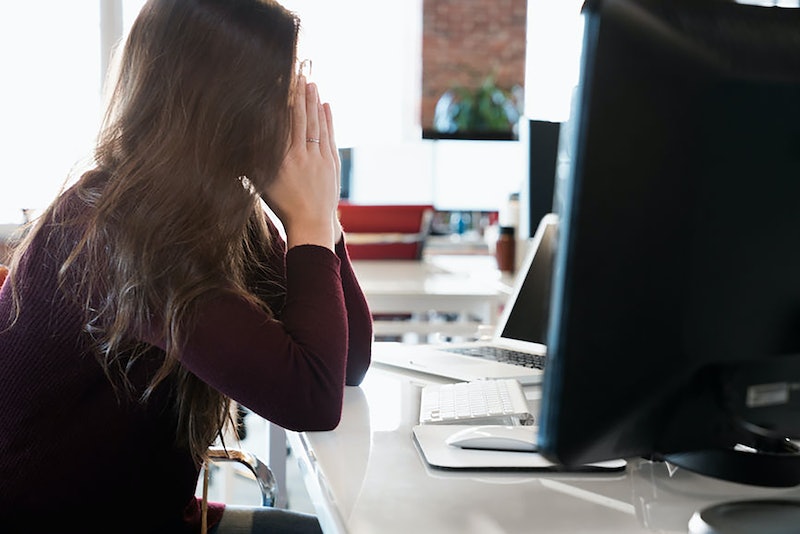 You wake up in the night with the cough that has been hassling you for days. Or you notice an ache that won’t go away. You could book a doctor’s appointment but it’s the middle of the night so instead you decide to consult Doctor Google. After typing in your symptoms, the internet leads you down a rabbit hole which ends with you being diagnosed with a rare terminal disease. You go into panic mode. So many of us have been there and doctors have even got a name for it — cyberchondria. So what is it and how does cyberchondria develop? What may seem like an innocent internet search can lead to severe stress, and medical experts have found that the more of us that are doing it there is an increased pressure put on the NHS.

Anxiety around health is not a new phenomenon. A hyperchondriac is defined by the Oxford English Dictionary as someone who is abnormally anxious about their health, and the word dates back as far as the sixteenth century. Many of us now have the internet to query our symptoms and ailments, which sometimes feeds anxiety and worry. As a result, the Oxford English Dictionary now has cyberchondria in there too, which is the act of compulsively searching the Internet for information about particular real or imagined symptoms of illness.

So how serious a problem is cyberchondria? Dr David Berle, a Senior Lecturer in Clinical Psychology at the University of Technology in Sydney, explained to Bustle that it's important to be cautious when using the term.

"We do not mean to imply that 'cyberchondria' is in any way a 'condition' or a 'diagnosis.' Rather, it is a behaviour that many of us engage in in response to uncertainties about our health and it is really only problematic if a person finds themselves repeatedly engaging in time consuming or otherwise disruptive internet searches for health information, or if searching for health information leads to increased anxiety or distress."

That said, researchers at Imperial College London have revealed that health anxiety may be taking a massive toll on the NHS. Their research, which was published in the National Institute for Health Research journal, looked at 444 patients who suffer from health anxiety across five hospitals in England. It found that cognitive behaviour therapy would be an effective way to treat cyberchondriacs rather than routine, standard care, with five years of treatment resulting in a significant drop in anxiety levels.

However, as the BBC reports, it is estimated that the treating health anxiety could be costing the NHS £420 million a year. "This is because people now go to their GPs with a whole list of things they've looked up on the internet, and the poor GP, five minutes into the consultation, has four pages of reading to do," Imperial College London's Emeritus Professor Peter Tyrer, author of the study, told the BBC. With such a huge cost attached, you can see why there's an interest in fixing it.

While the study might have found effective ways of treating cyberchondria, how does it actually develop in the first place? Could prevention trump cure? Dr Berle added that there's currently insufficient study of the area to speak to the causes conclusively, but added:

"For example, if a person who searches for information about headaches, comes across information about brain tumors or stroke, this might provide further uncertainty and fear which may in turn serve to trigger yet more searching. In this case, the person may then feel compelled to search for 'brain tumor' in an effect to reassure themselves that a brain tumor is unlikely."

That said, Dr Berle explained that we should be cautious of bashing the internet for increasing these problems. "Increased access to health information online has in many ways helped to democratise access," he explained, adding that the internet means "many people feel more empowered in making decisions about their health." He also pointed out that "recent years have seen efforts to accredit online health information as reliable as well as efforts by internet search providers to ensure that the results of searches are proportionate to the actual probability of risk," meaning that "rather than a search for 'headache' bringing up catastrophic, but unlikely outcomes (such as a brain tumor), increasingly, search providers are ensuring that such searches generate more likely causes."

It is so incredibly easy to work yourself up into a panic once you get into your head that an ailment you’re experiencing is a symptom of something much more serious, but it's important to consult professionals instead of the internet. "One of the skills of medical professionals is to be able to distil and communicate complex information and uncertainty in a way which relieves anxiety for a patient," Dr Berle explained. "Unfortunately, the boundless possibilities generated by online health-related searches can easily feel overwhelming for a person who might otherwise not be used to critically appraising the objective risks and the quality of online information."

Another useful tip is to dwell over the language being used. Professor Tyrer previously told the BBC that users were poor at spotting the word "rare" and apportioning it sufficient weight, so it's worth pausing to consider the language used carefully.

It can be hard to exercise discipline and caution when using the internet, but if it's causing you increased anxiety, it's definitely worth the effort.