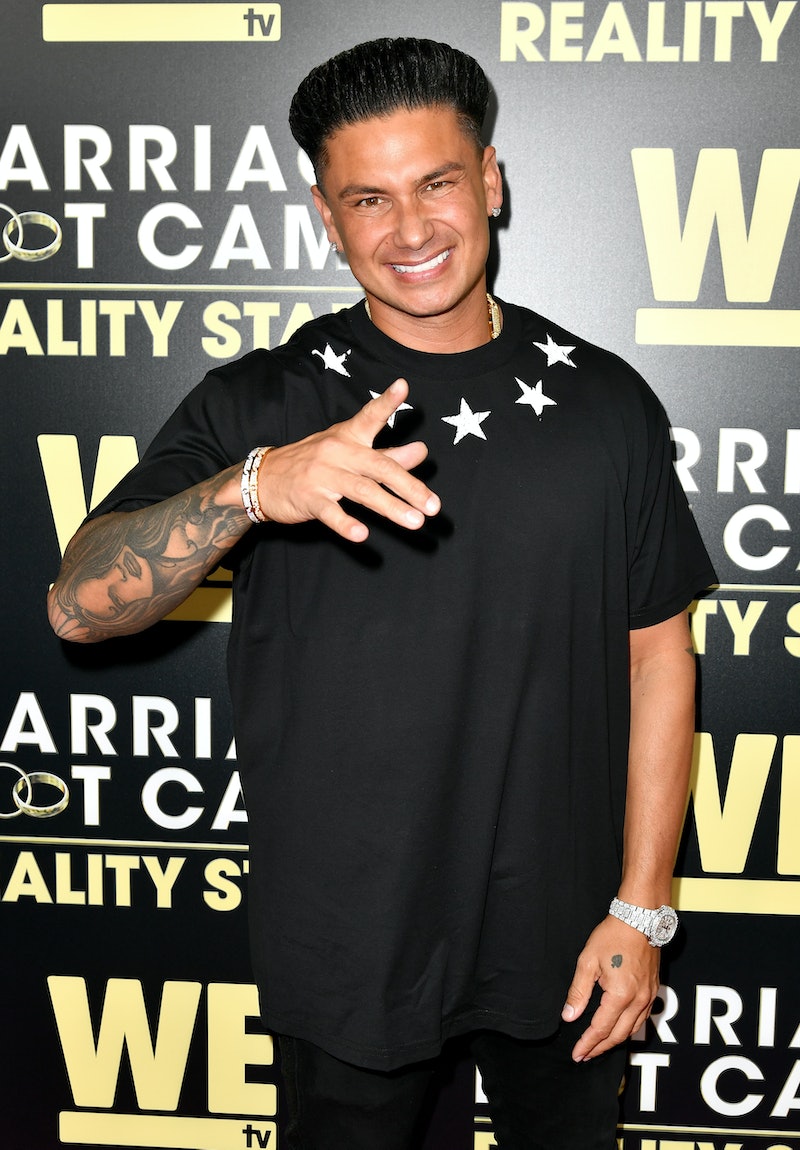 Spoilers ahead for Game of Clones' Season 1 premiere. The way MTV's Game of Clones works is pretty bizarre, to say the least. Premiering Feb. 21, the show follows seven reality stars as they choose their "one and clonely" from a group of strangers who all look like their celebrity crushes. For Teen Mom 2 alum Kailyn Lowry and Jersey Shore Family Vacation personality DJ Pauly D, who both appear in Episode 1, those special someones are Quavo and Megan Fox, respectively.

But as for Episode 1, viewers get to see what happens when Kailyn and Pauly walk into a room to find their fantasy come to life. "No one expects seven clones of Quavo," Kailyn Lowry exclaims happily. "They're just like bam, right in front of my face!" And while the mother of three was delighted to find seven Migos rapper lookalikes all wearing the same over-the-top outfit, Pauly was met by seven women wearing leather sheath dresses, sleek ponytails, and dark eyeliner.

But where do they go from there? Basically, it all comes down to personality. After Pauly and Kailyn each get to know their "clones" a little bit, they participate in a game called Deal-Breakers. Before appearing on the show, the clones were asked to answer a series of questions, which they reveal on tablets in front of either the Teen Mom 2 or Jersey Shore star. These questions include things like, "How often do you change the sheets?" and "Would you rather have eight kids or none?" This round is sudden death, and two people from each group are immediately sent home after answering incorrectly (they are deal breakers, after all).

The reality stars are also granted some one-on-one time with the clones of their choosing in order to get to know them better. After all, since they all look the same, their decisions will ultimately come down to personality and compatibility. At the end of the episode, Pauly decides to send two more girls home who he doesn't have chemistry with, which brings his clone count down to three. Kailyn, on the other hand, still has five Quavos to choose from.

Viewers will have to wait to see who both Pauly and Kailyn ultimately choose, but they're already starting to narrow down their options and vocalize what they're looking for. Since they each have children, both reality stars want significant others who are family-oriented and cleanly. But just because they look alike doesn't mean all of the contestants have the same interests, and at the end of the day, the reality stars will all have to choose their one and clonely from the identical pack.