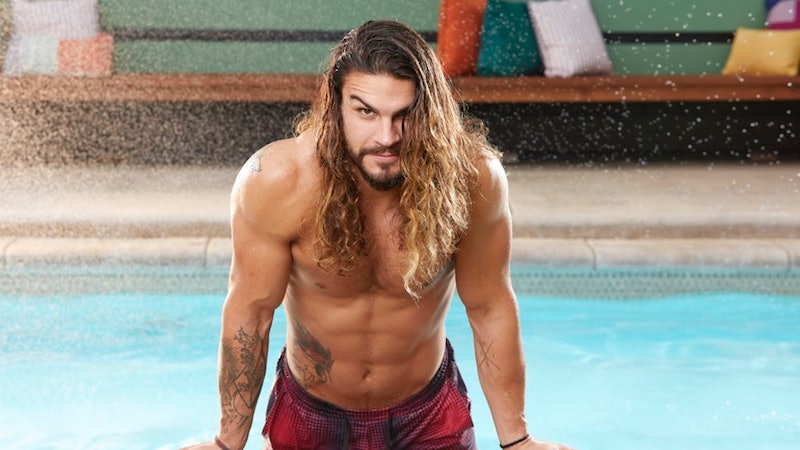 Ovi's Nightmare Power may be off the table until/if he's able to return from Camp Comeback, but in the meantime, a new power has been introduced to shake up Big Brother 21: Jack's Chaos Power. He received it after winning the Whacktivity competition during Sunday night's episode. Though now that you've had a few days to think about how it works and what it really means for Jack's game, you may have realized the Chaos Power isn't actually all that great or helpful.

As explained during the July 7 episode, the Chaos Power allows Jack to force a redraw prior to a Veto competition. So if he doesn't like who is chosen to compete for the Power of Veto during a particular week, his power gives news players a chance to step in and fight for the prize. The problem is, though, that this doesn't necessarily guarantee a different outcome. The same names could still get drawn again, and even if the names are different, it may not be to Jack's benefit. Not to mention that this power isn't something that will get better over time. As the weeks go on, the chances become more and more likely that the same people will get picked in a redraw. So the fact that Jack can use this power until the final six isn't exactly useful.

One of the only times this power could work to Jack's benefit is if he's trying to backdoor someone and needs as many of his allies competing for the Veto as possible, but even then, he has no control over who's actually picked. Additionally, if he thought he was going to get back-doored, the redraw would help increase his chances of getting picked to play in the Veto competition. But again — and this can't be stressed enough — there's no guarantee that his name would be picked on that second try. The Chaos Power comes with zero security, and could be completely useless in the long run. Using it is just a roll of the dice.

Plus, unlike Ovi's power, which not only secures safety for the two nominated parties but also keeps his identity a secret, Jack's use of his power would have to be completely out in the open. The players would know that he had the Chaos Power even though he's lied about not having it to his closest allies, Jackson and Holly. That could potentially hurt his game down the line and put an unnecessary target on his back. Trust is key in Big Brother alliances, and once that is lost, it can be difficult (if not impossible) to get it back.

Jack tried to seem somewhat excited about his power, but using it could be at best unhelpful, and at worst damaging, to his game. The smarter move may be to just forget about it entirely and let the Veto chips fall where they may. Otherwise it could lead to some pretty chaotic results — though given its name, maybe that's the point of Jack's power.