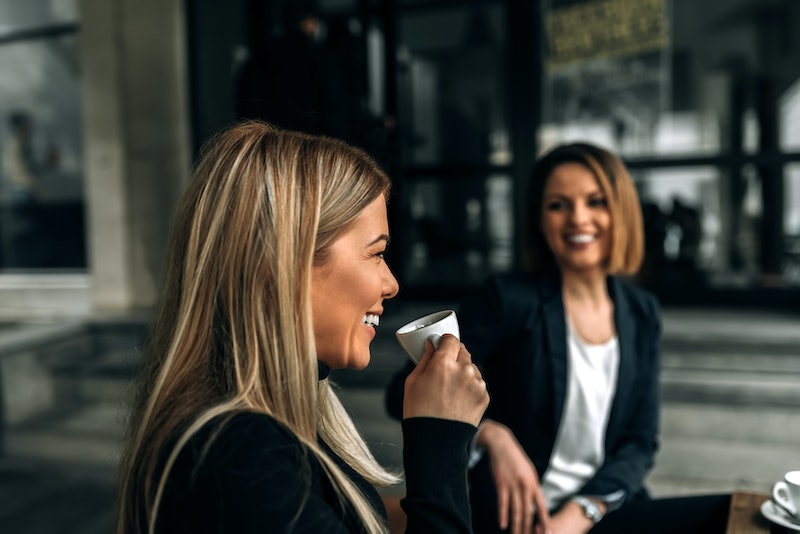 Thanks to a certain celestial neighbor which will not be named (OK, fine, it's Mercury), the thought of any planet in retrograde may make you want to run screaming for the hills. Fortunately for us Earthlings, retrograde doesn't always signify chaos and disaster — just look at how Jupiter retrograde affects communication since it entered its backwards phase on Mar. 8. This spring, you may have noticed that you've gotten a little pensive, and honestly, that's not such a bad thing. Most of us could probably stand to be better listeners.

When a planet is in retrograde, it appears to be moving backward across the sky. In reality, this is illusion stemming from the planet's position relative to Earth; physically, the solar system is chugging along like it always does. Astrologically, however, things are a little different. As Cafe Astrology explains, astrologers believe that when a planet is in retrograde, its energies are direction inward, and sometimes, they're felt more strongly.

Like many outer planets, Jupiter actually spends a fair amount of time in retrograde. Rather than going through the phase multiple times a year, it appears to move backward for a single, 120-day period. In 2018, that began on Mar. 8, and it ends on July 10.

So what does Jupiter retrograde mean for you? When it's direction, it's known for growth, optimism, and luck, and it's seen as one of the most social planets. Fortunately, retrograde doesn't flip a switch and bring all that crashing the ground. Instead, it's believed to slow things down, so you have time to reevaluate your life.

That probably means you're being more honest with yourself. Maybe you were letting things slide in your workplace or a relationship (how many times did you do your roommate's dishes?), but when Jupiter is in retrograde, you start to take a look at your choices and what motivates them. Even if you thought your life was as perfect as it can get outside of a sitcom, you'll start to notice the imbalances in your relationships.

The good news is that this is your chance to correct them by talking things over. The bad news is that while objectivity is great for figuring your life out, it's less than welcome in personal discussions. Your laser-focus on restoring balance might come across as emotionally detached — maybe even brutally honest — so try to keep the other person's feelings in mind.

If there's anything to be learned from Jupiter in retrograde, though, it's that you know what's best for yourself, even if you lose sight of that sometimes. When the planet goes direct again this summer, don't get swept back up into the same old routine. Do what you have to do to get your life back on track, and stay honest with everyone you can, especially yourself. Self-delusion isn't a good look on anyone.