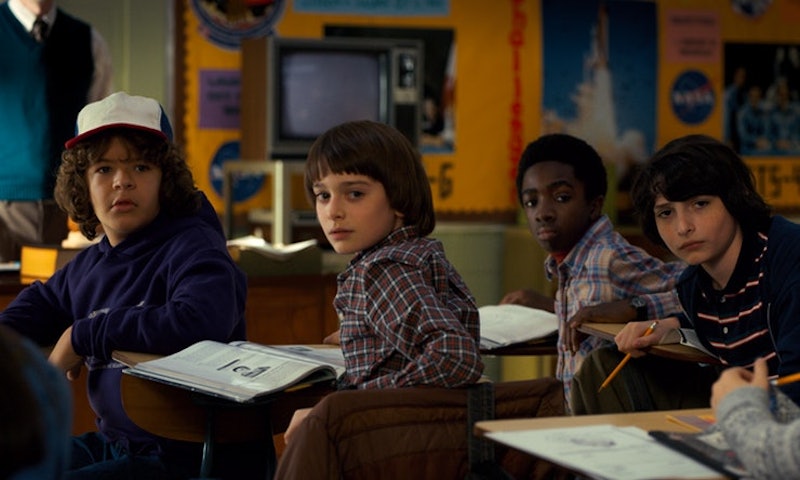 The Federal Communications Commission (FCC) is set to approve new rules on Thursday that will eliminate net neutrality and allow internet service providers to do a number of things that, under current law, they're not allowed to do. And considering how much everyone relies on streaming TV and movies nowadays, one question on many people's minds is how new net neutrality rules will affect Netflix access.

It's impossible to answer that question with any certainty just yet, as it will depend largely on a million decisions, primarily by internet service providers, that haven't been made yet. That said, there are a number of ways Netflix access could change as a result of the FCC's upcoming vote.

In essence, net neutrality requires ISPs to treat all internet content equally with regard to price and bandwidth speeds. For instance, under current rules, one company can't charge users more to access certain websites, or make some websites and online services function at faster speeds than others. But the FCC's new rules package will eliminate those guidelines, and that could plausibly affect streaming services like Netflix.

ISPs could charge internet users an additional fee to stream movies on Netflix, for example. Alternatively, they might impose a monthly limit on how many movies users can stream without paying extra, or they could restrict HD streaming to customers who subscribe to a pricier internet package. All of this would be in addition to the existing cost of paying for Netflix to begin with.

In a somewhat more ominous scenario, ISPs could try to strong-arm users into using their own streaming video services, instead of Netflix, by slowing down Netflix's streaming speed or blocking it altogether. As Brian Feldman at New York Magazine noted, it's possible that AT&T and Time-Warner will merge in the near future, which would result in an internet service provider owning HBO. If that happens, AT&T could — in a world without net neutrality — choose to make Netflix load slower for its customers, or even block it outright, in an attempt to get them to subscribe to HBO instead.

In the past, Netflix has been a staunch defender of net neutrality. But its official stance has changed several times over the last several years, and when asked in March about the prospect of the FCC killing net neutrality, Netflix CEO Reed Hastings seemed wholly unconcerned, telling a group of journalists:

[T]he culture around net neutrality is very strong. The expectations of consumers are very strong. So even if the formal framework gets weakened, we don't see a big risk actualizing, because consumers know they're entitled to getting all of the web services.

What Hastings seems to be saying is that if ISPs try to throttle or restrict access to Netflix, their customers will be so outraged that they'll protest en masse, and eventually, ISPs will be forced to backtrack. This is conceivable, given that Netflix has more than 49 million subscribers in the U.S., almost all of whom would be very angry if they were suddenly blocked from using the service.

The elimination of net neutrality is certainly a risk to streaming video services, but Netflix's enormous customer base may largely insulate it from these risks. The bigger threat is to smaller companies that don't yet have a foothold in the streaming video industry and, as such, have very little leverage to fight back against an ISP that blocks or slows access to its services.

Of course, net neutrality rules affect everything about how the internet functions, not just streaming video. It's too soon to say how exactly the new rules will change the average internet user's experience, but there are no shortage ways it could make things very different than they are now.

More like this
15 Years Of The iPhone, In Pictures
By Emma Carey
Why You're Seeing Green Bandanas At Abortion Rights Protests
By Lexi Inks
The Most Powerful Photos From The Weekend’s Abortion Rights Protests
By Melanie Mignucci
The Families Of Grenfell Tower Are Still Waiting For Justice, Five Years On
By Bustle UK
Get Even More From Bustle — Sign Up For The Newsletter