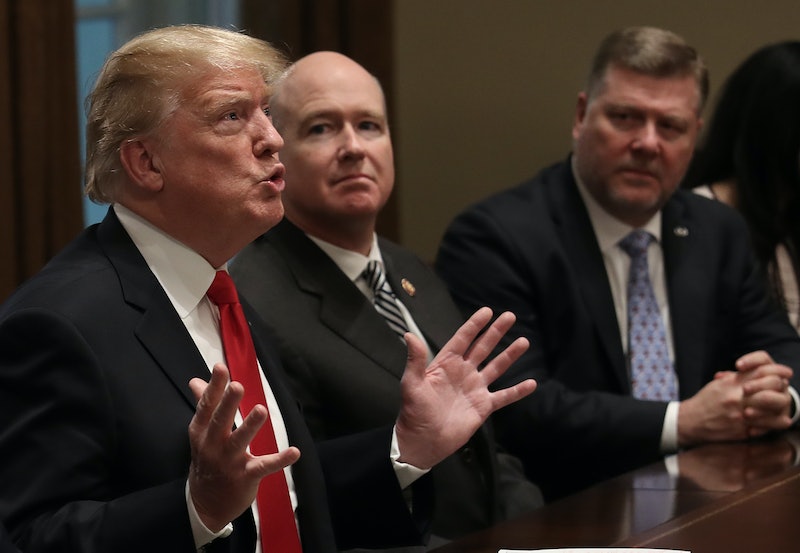 Tax season is upon us, and for the first time, Americans will be filing returns and receiving refunds under the Tax Cuts and Jobs Act, which President Trump signed into law at the end of 2017. This may have you wondering exactly how the new tax law will affect your refund.

The answer to that will vary wildly depending on many factors, such as your income, employment status, marital status, debt, health status, home ownership, investments and so on. Unfortunately, there's no quick way of comparing your previous tax refunds to the ones you'll receive under the new law (other than by simply waiting and seeing, of course).

That said, the IRS has released data on early returns, and that data shows that so far, this year's tax refunds have been 8.4 percent lower on average than they were in 2018. Although that's not a comprehensive analysis by any means, and may well not apply to you, it's probably safer to expect a reduction in a refund as opposed to an increase.

According to NPR, the slimmer tax refunds are largely due to the fact that the new tax law broadly lowered tax rates. This may sound counterintuitive, but it makes sense: A tax refund is equal to the amount of money that an individual over-payed to the government in taxes throughout the year, and the government collected less money from taxpayers during the year thanks to the new tax cut, so there's less to give back.

“Most people are seeing the benefits of the tax cut in larger paychecks throughout the year, instead of tax refunds that are the result of people overpaying the government,” a Treasury Department spokeswoman told the New York Times. “Smaller refunds mean that people are withholding appropriately based on their tax liability, which is positive news for taxpayers.”

Nevertheless, many Americans have been less than pleased to less money from the IRS than the year before. This is partially because many taxpayers have come to expect a refund of a certain general size, and made financial plans based on that expectation — only to see their plans fall apart after filing their returns.

Victoria Pearl Wright, for instance, told NPR that because of the new tax law, her refund plummeted from $5,085 in 2018 to -$79 in 2019; rather than getting a check for thousands of dollars, she and her husband actually owed money at the end of the year. She told NPR that she'd planned to use her refund to cover the cost of taking unpaid maternity leave, and added on Twitter that she and her husband make less than $50,000 a year — less than the national average.

On Twitter, users deployed the hashtag #GOPTaxScam and #TrumpTaxScam to tell their stories of how the law negatively affected their refunds. As for Wright, she's set up a PayPal account to help crowdfund her maternity leave, she told NPR.