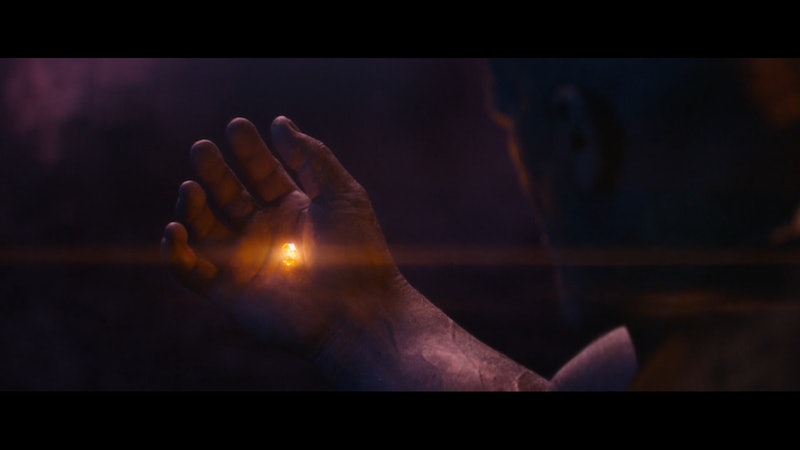 Over the course of many MCU movies, fans got to know most of the Infinity Stones pretty well. Guardians of the Galaxy demonstrated the power of the Power Stone; Doctor Strange was a film-length 101 on the Time Stone's abilities; and having the Tesseract, an already familiar object from the Thor and Captain America films turn out to be the Space Stone was a clever move. But what about the strange Soul Stone, guarded by someone who can never possess it, and demanding sacrifice to use? How does the Soul Stone work, and what do its abilities mean for the future of the Avengers?

Let's start with what we already know: when Gamora and Thanos went to Vormir, they were greeted by Red Skull, who reveals he was transported there by the Space Stone and doomed to guard the Soul Stone, unable to detach himself from its power. Red Skull knows who they are and why they're there — and while the latter could be explained as 'why would anyone come to Vormir except to get this ultra-powerful stone', Skull's knowledge of them both seem entirely related to the Soul Stone. There's also the interesting reveal that the stones have sentience; the stone punished Skull, not a person. Keep this in mind for later.

To wield this particular infinity gem, you must trade a soul for a soul — the thing you love the most, and in this case Thanos killed Gamora to gain the Soul Stone. But what exactly does it do? In a post-credit scene in Infinity War, Thanos actually enters the stone to talk with young Gamora, where she asks him whether he got what he wanted. The idea that there's an entire world inside the Soul Stone is something elaborated on in the comics, where Soul World, as its known, is populated with the siphoned souls of all sacrificed to the stone's power, as well as any souls taken using it. This plays into fan theories that Gamora (as well as anyone else killed using the stone) can come back as she's not completely gone.

A short 101 video from Marvel briefly sums up the stone's power in the comic world, noting its first user was Adam Warlock, who you might recall getting name-checked at the end of Guardians of the Galaxy. Adam was the first to discover the stone's dark side, greedy for souls and bending whoever held it to feed its desires. It's the only stone demanding sacrifice, so its sentience and aggressive soul-theft seem a likely problem to come up in future movies, should the Avengers retrieve the stone from the Gauntlet.

A short explainer from Marvel Studios notes the stone controls life and death, enhanced if the user holds the Reality Stone, and itself enhancing use of the Mind Stone, according to Marvel Comics. In a Collider interview with Endgame's directors, Joe Russo added that “the Soul Stone obviously has the ability to manipulate your soul, the essence of who you are... Of course when Thanos goes to the Soul Stone itself, to speak to his dead daughter, he obviously has an ability to resurrect, conjure the spiritual representation of the people who are dead.” Whether or not that means Thanos, or anyone else using it, can literally resurrect the dead remains to be seen.

Other powers the stone's possessed in its lengthy comic history include its ability to plumb the depths of a soul for information or feelings (which Red Skull seemed able to do), accessing the skills and memories of the stone's trapped souls (which we've already seen Thanos pull), and giving full control over life and death, including reverting life to more primitive forms, revitalizing life on a planetary scale, and attacking someone's soul directly (seen in Infinity War when Thanos punched Strange's astral self out of his body).

It may have been the last stone introduced to MCU fans, but the Soul Stone might just be the key to the future of the franchise...or architect of its destruction.