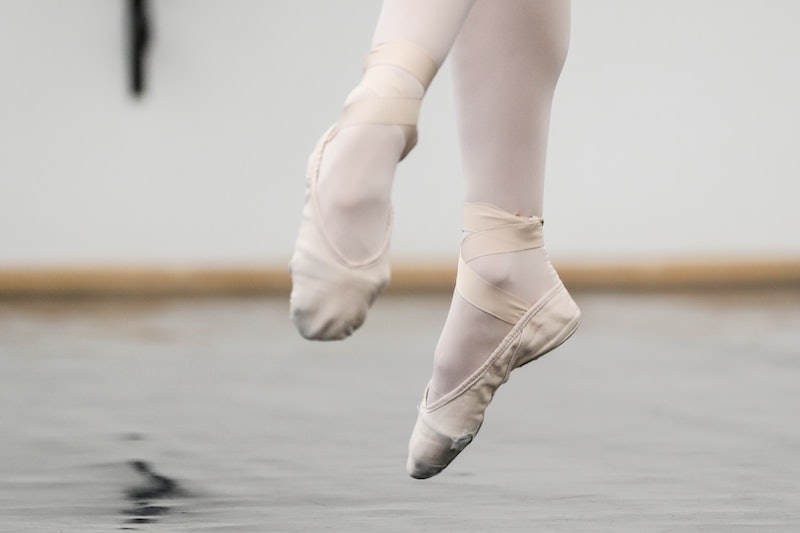 As a kid, I stacked my bookshelf high with Magic Eye books and littered the pages of my journals with sketches of the Necker cube. As such, it should come as no surprise that I have wasted a fair amount of time today pondering how the "spinning dancer" optical illusion works. Web designer Nobuyuki Kayahara’s image of a silhouetted female dancer pirouetting has been around since 2003, but the optical illusion hasn’t become any less infuriating over time — so I decided to do a deep-ish dive into its inner workings. Now seems like as good a time as any, right?

The animation was originally shared as a supposed test of left or right brain dominance. Those who see the dancer spinning clockwise were supposedly utilizing their right brain, and hence were said to be more creative and artistic, while those who interpreted the dancer as spinning counterclockwise were allegedly more in-tune with their left brain, and therefore more logical. As I stared at the screen for minutes on end, the dancer appeared to be moving clockwise, and I patted myself on the back for being so darn creative. My momentary joy was squashed, however, when I learned that the image is actually test of our vision, not our brain power; it turns out that all that left-brain right-brain stuff is oversimplified nonsense. Sigh. Why can’t it be just that easy?

The spinning dancer is what is known as a reversible image. The ambiguous silhouette contains no depth cues, so some people may interpret the image as a dancer standing on her right leg spinning to the left, while others will see her standing on her left leg spinning to the right. Upon first viewing, most people see the dancer as spinning clockwise; however, stare at the animation long enough you'll see the image reverse (and get pretty dizzy in the process). It's similar to the oldest and most famous reversible illusions, the aforementioned Necker cube; the ambiguous line drawing of a wire cube can be interpreted several ways, with the face of the cube shifting locations.

What makes both illusions so tricky is a lack of depth clues, leaving your brain to fill in the gaps. Your brain hates ambiguity, so it tries to solve the image quickly by imposing meaning onto it. When the dancer is given some definition, it becomes abundantly clear which way she is spinning:

To get a better sense of the direction in which the dancer spins without the helpful contouring, focus primarily on the foot she is standing on, and the shadow beneath her. "If you want her to switch directions, look at her as if you're filming her from below. Now pretend to be filming her from above," advises Arthur Shapiro, author of The Oxford Compendium of Visual Illusions, according to Vice's Tonic site. If you view the image as if from above, the dancer will appear to be spinning clockwise; however, she'll reverse her direction if you imagine yourself looking up at the dancer. Most people view these ambiguous illusions as if they are looking downward, due to the evolutionary part of our brain that deals with fear and threats: The subcortical system. Our brain is used to looking down for dangers that may lay on the ground, so we view the image as spinning clockwise. Neat, huh?

Well, even though this image has nothing to do with brain hemispheres and creativity, I'm still gonna use my pottery class Groupon. Embracing your creative side is good for you, right?