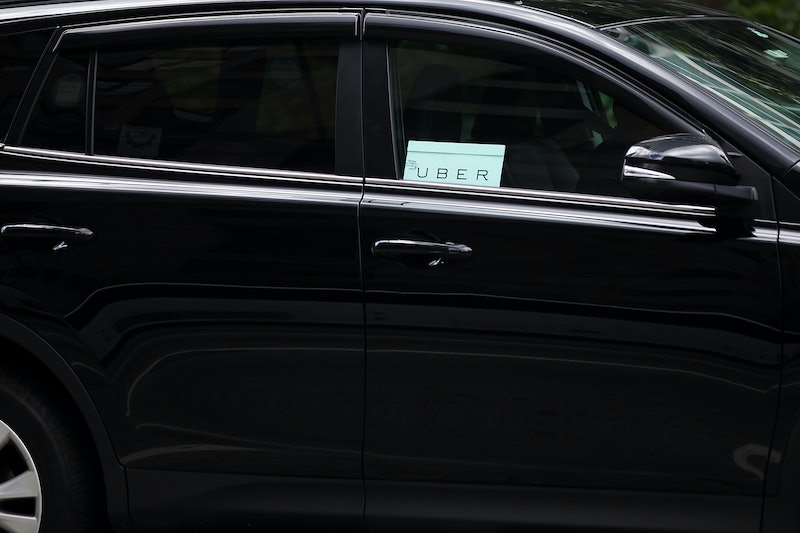 One year ago, Uber announced that they would be releasing a new set of safety and security features designed to protect both riders and drivers. RideCheck, which was one of the most promising features announced, has finally become available for app users in the United States (it is expected to be rolled out to users in other countries in the near future). So, how does Uber's RideCheck actually work?

Essentially, the feature works by tracking your ride to make sure you're safe, especially during long stops. It uses GPS and sensors in your phone, like the accelerometer and gyroscope, to follow along on your ride so it knows where you are and what's going on at all times. RideCheck will notice if you're stopped for a particularly long period of time in the same location, and it can even detect a potential car crash.

When the feature detects something might be wrong, the Uber app essentially checks up on you. Users will receive a notification that asks them if everything is okay, which can be checked by the passenger or the driver. Once a user checks the notification, they'll open a panel with several options: they can hit an emergency button to call 911, quickly call the Uber Safety Line, report a crash, add or change a destination, or share their trip with a friend. In some cases, if you indicate that you need help, a safety team member might even call to check up on you. But if you say everything is fine, the trip continues as normal. Here's a closer look at how it will work:

Although the feature was announced a year ago, it took a while to go into effect. Uber has stated that they've spent the last year testing and working on RideCheck. According to Mashable, it will eventually be available in other countries, and will "evolve" to cover other situations where you many need assistance or help.

If you're not into the idea of RideCheck, you are able to turn the feature off and opt out of the notifications. And don't worry: even if your driver has it off but you have it on, it will still work for you as it runs independently on each phone.

Of course, the feature isn't perfect. Uber's head of safety products, Sachin Kansal, told Mashable that RideCheck is sometimes triggered by perfectly normal and safe instances, like stopping at a drive-through or even just sitting in really bad traffic. However, during testing in Los Angeles, the company was able to work some of those kinks out by using real-time data to see if your stop was in a very congested zone. As the feature plays out in other states, it will likely continue to be refined and perfected.

And if you prefer Lyft, you can rest easy knowing that the app has its own version of this feature called Smart Trip Check-In, which works basically the same way. It was announced last week.

In theory, RideCheck sounds like a pretty great feature: users may feel safer knowing that the app is keeping an eye on their every move, and knowing that they have a way to get help if necessary. It's certainly a good move towards protecting both riders and drivers.