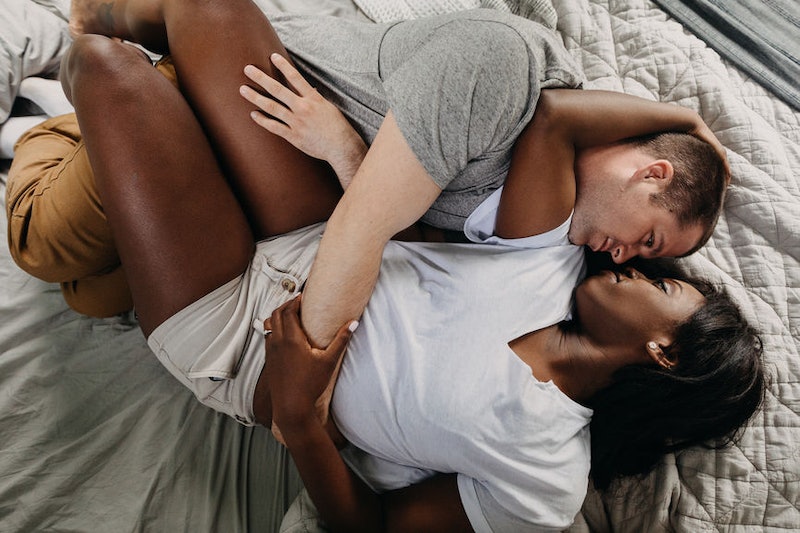 While many people have heard of the coil, knowing how it actually works is another matter. Here I'm going to dig into the most important questions. So firstly, what is it, and secondly, how effective is the coil?

There are two key types of the contraceptive device: the copper coil, which basically uses copper to immobilise and kill off sperm, and the hormonal coil, which uses hormones to stop sperm from reaching the ovaries and "prevents fertilised eggs from growing in the womb", according to medical website Zava. Considering all the side effects that come from the pill, and the faff of condoms, it has to be worth considering.

The first benefit is they both last a really long time; five years for the hormonal coil and 10 for the copper device, which is a bonus for those who sometimes forget to take the pill. Plus, unlike having to put on a condom, it doesn't require you to remember to do anything right before sex. The coil is inserted into the uterus (accounts vary on how painful this is, with some saying it's very uncomfortable, and others saying not at all, though doctors say you can take pain meds in advance) and according to Zava Med, are really, really effective at preventing pregnancy — they have a 98-99 percent effective rate over a five year timeframe.

Consultant gynaecologist at London Gynaecology, Meg Wilson, agrees that the coil is a very reliable form of contraception. She has stated in a blog post that "the protection from pregnancy each year is 99.4 per cent ... the protection from pregnancy from hormonal coils is even more reliable at 99.8 per cent. Coils are more protective than other methods including the pill and condoms, and hormonal coils are even slightly more protective than a sterilisation procedure." The reason the hormonal coil is more effective, Wilson has explained, is because it "has the added effect of releasing progesterone to the womb, this has the added effect of making the lining of the womb thin and making the mucus blocking the opening of the womb thicker."

That said, it should be noted that both coils are no protection at all against STIs, which is certainly something to consider. If you want to use it for pregnancy or period reasons then this option is reliable, but if you have other health concerns, condoms are always a good bet too.

You should also know about the side effects, before going ahead. First of all, with both models, there's a risk they could fall out on their own after being inserted, according to Net Doctor, which sounds utterly terrifying. Chances of that happening are reportedly low, though (as in between two and five percent). The copper coil can also cause heavy, and possibly painful, periods, according to HealthLine. That said, it is a popular form of contraception according to women's health expert Sarah Jane Sandy, as it doesn't contain synthetic hormones.

Side effects of the hormonal coil can include headaches and acne, and it can also lead to breakthrough bleeding, according to the NHS. One woman told the Daily Mail she had such a horrendous experience, she had to sleep in the bath she was bleeding so much. But on the flip side, it can also have the reverse effect. Wilson explained in her blog that "the progesterone released from the hormonal coil has the added effects of making periods very light and some women will not experience periods at all....it can also make periods less painful." But if you've suffered when taking hormones in the past, such as via the pill, this doesn't eliminate that as a problem.

Both coils can be removed anytime with ease, and women can try to conceive pretty much straight away afterwards. However, the pill can often take a while to work its way out of your system. The coil is also free on the NHS, according to SH:24.

So there's a run down of the different choices. Ultimately though, speaking to a medical professional before making any decisions is invaluable, as they'll be able to advise based on your specific situation.