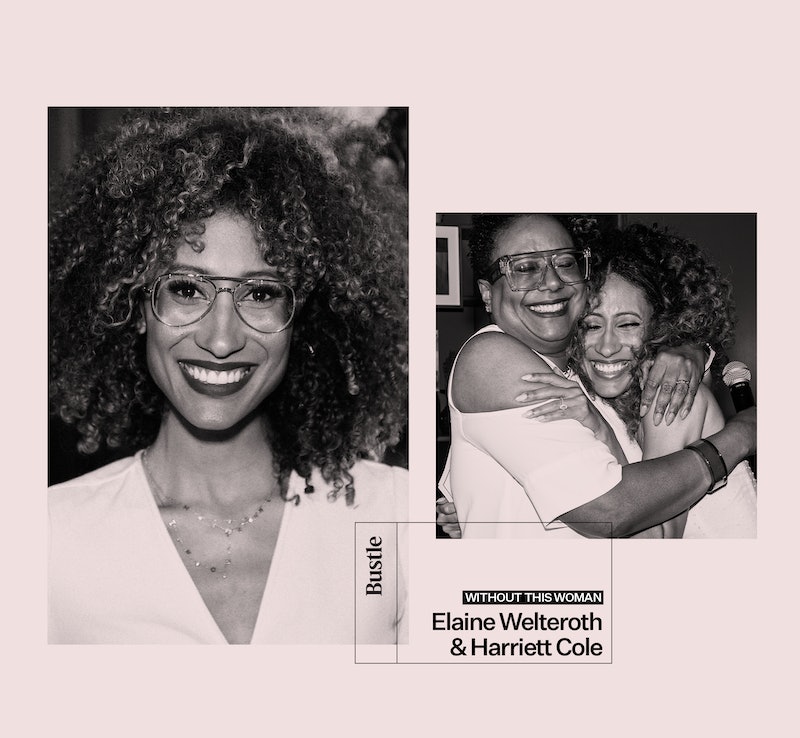 I was months away from graduating from California State University-Sacramento and was constantly being asked, “What are you going to do after college?” I didn’t think there was a singular title that fully embodied my talents or interests, but I knew I wanted to feel purpose in my work. While applying for an internship at Essence, I read a cover story in another magazine by a woman named Harriette Cole. Something — it was almost audible — told me to look her up.

When I read Harriette’s bio, I finally felt like I had this north star to chase. Harriette had carved out a lane for herself that enabled her to be all of who she was without having to leave parts of herself at home. She created this intersection between fashion, spirituality, and Black culture across television, radio, and books. I had never seen anyone other than Oprah Winfrey do that.

After sending my application to Essence, I repeatedly called Harriette’s office at Ebony, where she was the creative director and interim editor-in-chief, until I landed an informational phone call with her. What was supposed to be a 15-minute meeting turned into a 45-minute one, and I asked her to keep me in mind for opportunities to work together.

Five months later, she asked me to assist on a Serena Williams cover shoot. I was so eager to impress her that I took a big risk and stood next to her on set. At some point, I whispered, “I think Serena would look incredible in the blue swimsuit.” Harriette took a long pause, and I thought, “Me and my big mouth. I definitely messed this one up.” Then she said, “Serena, let’s try you in the blue swimsuit next.” That swimsuit made it onto the cover.

I was supposed to be in the corner minding my own business and only speak when spoken to. That was the motto back then, but Harriette made every voice in the room feel like it mattered.

Later, I became her assistant at Ebony, but I wasn’t just running errands — Harriette invited me to be a sounding board. We’d have critical, analytical conversations about cover stories she was working on, which I think was a rare dynamic for an assistant to have with their boss, who's the editor-in-chief.

Some of my favorite memories with Harriette are the simple things, like when she’d give me a ride home after work. It was on those nights that I saw her as more than my boss — she was a woman, a wife, a mother, and a human with her own fears and dreams. She was an open book, and she allowed me to see up close what it took to have it all.

She once told me, "If you know what you want, ask for it. And be specific. You might just get it," which I took to heart, because it's advice Black women need to hear. We're often told to settle for less than what we're worth, to make do with what we’ve got. We're told not to rock the boat.

Harriette never seemed to question her place in the world or the value of her voice. As a 20-something who had just moved to New York from a small town with no exposure to the rarefied fashion and media world, watching Harriette move authentically as a Black woman through the industry meant a lot.

I’ll never forget when Kimora Lee Simmons had this extravagant dinner party. I think Diddy was there. Harriette saw that I didn’t know which fork, knife, or glass to reach for. She just tapped me and showed me how to fold my napkin instead of shaming me.

In a lot of ways, my memoir, More Than Enough: Claiming Space For Who You Are (No Matter What They Say), is a tribute to Harriette and the other women who played pivotal roles in my life. I asked Harriette to read the parts of the book that included her, but as a former editor, she couldn’t help but read the whole thing. She shared her experiences and memories I had forgotten, mentoring me all over again at a different stage of my life. It was really special to invite her into my creative process. It was like our roles had reversed.

Harriette took a chance on me, which is literally the best thing that’s ever happened to me, because it changed my whole trajectory. That's not hyperbole. Without Harriette, I wouldn’t have had the courage to go after the career of my dreams. I wouldn’t have known that I get to design my own career. I wouldn’t have found the path that I’m on. I wouldn’t have become my own boss.