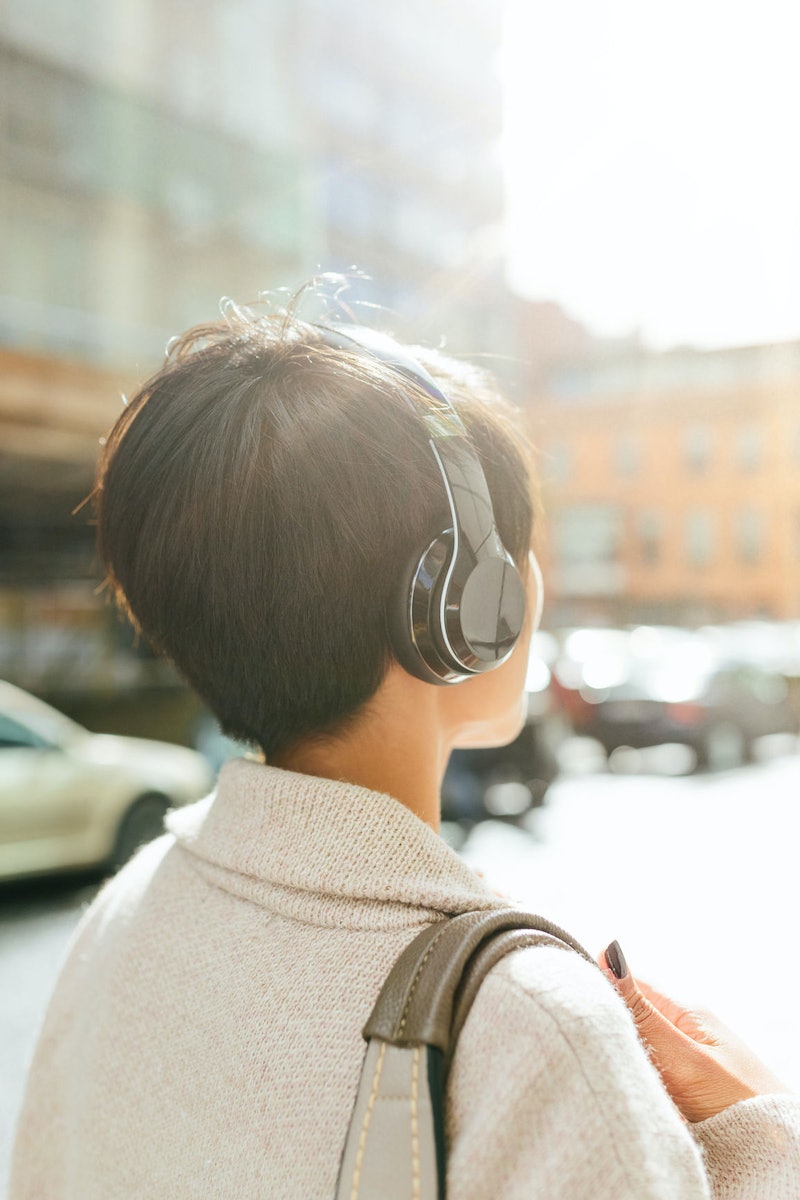 It’s 10 p.m. on a Sunday night. I’m about to head into a bar to meet a friend, when I hear the sing-song ring of my iPhone.

“Did you go to church today?”

I hadn't. But I wasn't sure how to tell her that.

When I go to the beach, I’m not someone who is able to run into the ocean, arms wide. I desperately wish I was. But instead, I am timid, gradually lowering myself until an hour has gone by and my friends start pushing me into the water.

I approached learning to say no to my mom the same way: gradually lowering myself into the truth, before finally plunging fully. My church attendance was the first issue that started this process, but it wouldn't be the last one.

I didn’t want to be a source of disappointment for my mother, not when there are so many others already in her life.

Growing up, I was taught to strictly follow my mom’s orders. I learned that I needed to be obedient, smart, clear-skinned, Christian, studious, straight, demure, know my place — or else. Not following her orders wasn’t presented as an option. But I also felt a sense of duty — I didn’t want to be a source of disappointment, not when there are so many others already in her life.

My family grew up in a Korean immigrant enclave in Queens, New York City. My parents owned a fish market, where they memorized customers’ orders of “head off” and “fillet.” My mom is a devout Christian who found peace through her religion. She is an immigrant who came to the United States at 27 — the same age as I am right now — to live with her in-laws. She speaks minimal English to this day. When you’re seen as an outsider, you search for community where you can find it. When life got hard, she still had Jesus to count on, even if there was nobody else.

For many Korean immigrants, churches aren’t just about religion — they’re the epicenter of community, resources, and friendships. In New York City, 73 percent of Korean Americans identify as Christians. In Flushing, Queens alone, there are more than 100 Korean American Christian churches and ministries.

I grew up with prayers at every meal, daily morning home worship sessions complete with my brother or myself on the piano, and writing three verses of scripture in both English and Korean everyday in a marbled composition notebook.

As much as I wished to believe as deeply as my mom did, that feeling never came to me — even when I attended countless overnight Christian retreats from elementary to high school, where I spent 9 p.m. to midnight with my knees and head touching the floor, praying. Surrounded by my peers doing the same thing, I would oscillate between crying from guilt and trying to communicate in prayer. At one retreat, all of us spent the evening copying down Psalm 119, the longest chapter in the Bible, for hours.

The signs that I prayed for never ended showing up, though that didn’t mean that I didn’t believe in God entirely. It just didn’t consume my life. The sense of urgency was never there — perhaps cushioned by all the privileges I’ve accumulated through my parents sacrifices.

Can you ever truly be close to someone if you cannot be your full self?

When I first set off to college in Pittsburgh, specifically chosen for its distance from New York City, my mom cried. I gave a quick hug goodbye and as I left, I let the feeling of freedom settle into my body. The only reminders that this freedom had a limit came from the daily, then weekly, phone calls from my mom. I never had to guess what the first question my mom would ask me during those Sunday afternoon phone calls would be: Did you go to church?

“Yes mom, I went to church”

“What was the sermon about?” she would quiz me.

While I did attend several services when I first started college, I quickly dropped off, as nobody was monitoring my behavior and the only person who had to make the decision was me.

So when my mother asked, I'd lie. I had years of Sunday school and Bible sermons to pull from, and would haphazardly choose one from the leaflets I collected over the years. Unless it was a holiday; then I would go online to see what sermons were popular that week.

“John 3:16 — For God so loved the world that he gave his one and only Son, that whoever believes in him shall not perish but have eternal life.”

But the thing about telling lies — or even lying by omission — is that even when you think they won’t have an effect on the relationship, they will nestle themselves between you and that person. Can you ever truly be close to someone if you cannot be your full self? As a second generation Korean American, my experiences and thoughts are far removed from my mom’s. For the longest time, I used that as the excuse for keeping things from her, thinking she wouldn’t understand. Then I realized I wasn’t even giving her the chance.

As we were both getting older, she was beginning to need me more than I needed her.

My friends were puzzled when I explained why I had such a hard time telling my mother the truth. “It’s not a big deal. What's the worst that can happen?” they said.

“My mother might disown me? Yell at me? Never talk to me again?”

But as I thought about it, I realized that while it was likely she'd be upset, she would eventually talk to me again. This was because I started to realize that she was the one who was always calling me, even if it was only for a minute to say hi. As we were both getting older, she was beginning to need me more than I needed her.

I started to pepper into conversations once in a while that I hadn’t gone to church that week. When that didn’t elicit a torrent of anger from her, I felt emboldened to mention it more and more frequently. I was slowly lowering myself into the freezing ocean.

A few months later, my phone rang with that trill that I knew meant it was my mom. My heart was still palpitating with exhausting anxiety. But I forced myself to say it.

I waited for the yelling. I waited for the reaction. But she just calmly expressed her disappointment in me. I could tell she believed that there was still time for me to change, and that I would eventually see the light. There were still phone calls after this where she would continue to ask the same question about whether I was going to church. I was OK with that, because I knew at least I got my truth out there, even if it didn’t sink in yet.

I tried exploring more deeply the question of why I was so afraid of my mom. I was afraid of disappointing her. Angering her. Telling her no. I was afraid of sharing completely the true version of who I was at that moment.

But parent and child relationships cannot stay the same forever. The dynamics change and people change. The process of accepting each other as two complete individuals means that all previous renditions of your relationship needs to be destroyed and rebuilt.

There are still many other things that I refrain from telling my mom about. My tattoo. Living with my partner. I still feel the need to keep secrets, which I tell myself are necessary in order to keep from destroying her. But why do I think of her as so fragile? Why do I feel the need to deny myself in order to protect her? Ultimately, who benefits from this self-imposed moral behavior? No one, I'd argue.

Learning how to say no wasn’t like a switch that I could just turn on. For me, it didn’t come as easily as some people may have you to believe. I didn’t listen to a motivational speech and then turn around to say no. Saying no, disagreeing with, disappointing someone who gave birth to me and took care of me, was not easy for me. But I’m trying to remember that acceptance doesn’t mean a thing if it means withholding the truth, withholding ourselves. True acceptance is the only thing I want from anyone, including my mom. And if it means that I have to slowly ease myself into it, so be it.