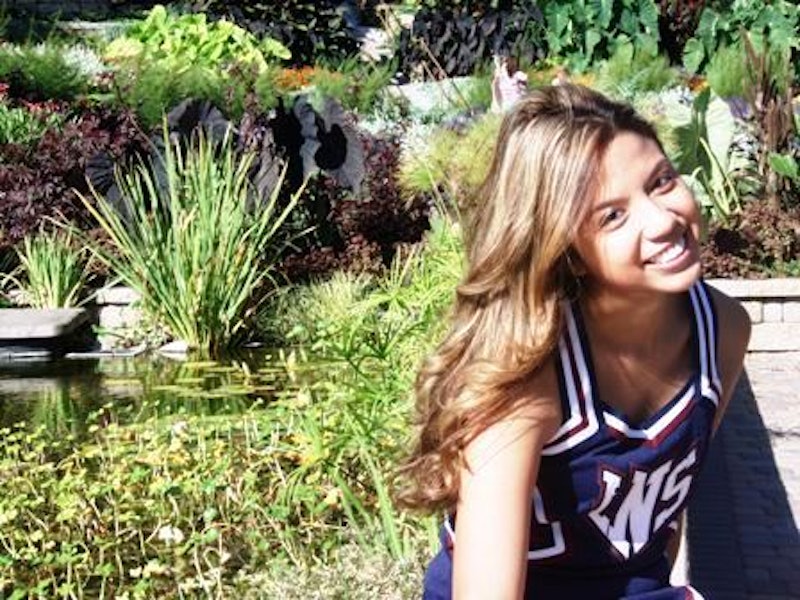 For most of my formative years, I was desperate to look like anything other than myself. As a young girl, I envied my blonde peers, their fair complexions, and their wardrobes.

Even at age nine, they were somehow so put together. So pure. So wholesome. So American.

I, on the other hand, didn’t fit so neatly into those boxes. As the daughter of Filipino and Mexican immigrants, all my life I’ve been the subject of what I call the “exotic gaze.” It’s when people can’t quite figure out your ethnic background so they look at you with curious eyes — tilting their heads, trying to classify and categorize you. They can’t put you into a one-dimensional category like “black” or “white.” They inevitably must know: “What are you?”

It’s a question I’ve been asked hundreds of times. I know many other ethnically ambiguous women have frequently heard it as well. While getting asked the question in the first place is annoying, the reactions are almost always worse. There’s nothing more unbearable than someone saying, “Huh, you don’t really look Mexican,” when you are, in fact, Mexican. (For the record, I’ve also been told that I “don’t look Filipino.”)

And first of all, what does it even mean to look like an ethnicity? I’ve met Mexicans paler than me and Filipinos darker than me. Just because someone doesn’t conform to your expectations for what they should look like based on their ethnicity doesn’t mean that you have permission to begin policing said ethnicity.

When I was younger, getting told that I didn’t look Filipino or Mexican usually resulted in a mini identity crisis of sorts, which might explain my younger self’s eagerness to exchange those two identifiers for a single one: American.

Being the first in my family to be American-born wasn’t easy. I was the cultural guinea pig — my entire existence was/is one giant experiment. I was born and raised in Lincoln, Nebraska, right in the middle of flyover country. The most recent estimates put the city’s white population at 85.8 percent. People who claim two or more races, like myself, make up just 3.1 percent.

So it should come as no surprise that my idea of “looking American” was heavily influenced by what was around me. Assimilation very much defined my relationship with beauty and fashion. One of my greatest torments as a teen was realizing that my astigmatism was so severe that I couldn't wear colored contact lenses. All I wanted were green eyes, or at the very least that golden honey color — anything other than my dull, dark brown irises.

What I could control was my hair. I had (and still have) a lot of it. But it was black and boring and uninspiring. It definitely wasn’t American. I don’t remember how old I was when I first dyed my hair. I only recall how passionately I lobbied my mom for permission to do so. I absolutely had to have blonde hair.

And it wasn’t just because that’s what I saw at school. It was also what I saw in popular culture — including the few women of color who were actually available to me as role models. Beyoncé, Jennifer Lopez, Jessica Alba, and several others were all women of color who'd swapped out their natural dark tresses for honey blonde highlights.

Of course, try as I might, the color never quite translated on my raven black hair. What I envisioned as sunkissed always ended up looking more, well, sunburned. As a high school senior, I gave it one last shot and asked my stylist at the local beauty school to make my hair as blonde as possible. To her credit, it actually did turn out blonde — not radioactive orange as I had expected. But it was incredibly ashy and streaky, and frankly not at all flattering against my caramel complexion. I colored my hair back to black with a box of drugstore dye a couple of months later.

As I shifted from childhood into adolescence, I became keenly aware of how much brands and labels mattered — how they could signal your Americanness before you could even utter a single word. My freshman year of high school was my first year back in the public school system after five years at a local Catholic school, where I’d worn a plain navy-and-white uniform every day. I’ll never forget showing up for class pictures — I was wearing a plain teal top and drab jeans from TJMaxx (on sale, of course). Most of the girls were in their own uniform of sorts: Fitted polos, flared and slightly ripped jeans, and a silver heart-charm bracelet.

Naturally, then, I needed to ditch the clearance rack finds and exchange them for graphic T-shirts, distressed denim, and — to really pull it off — some type of logo purse by Coach or Dooney & Bourke. And I’ll be honest: It worked. I befriended the girls who all dressed the same. I became a cheerleader. With my streaky blonde hair and $50 Abercrombie & Fitch polo, I had effectively transformed into what I had always believed was The Quintessential All-American Girl. I could fit into a box. At last, I looked American.

But it wasn’t me. I was masking the real issue: Although I identified as an all-American girl, I constantly felt like a fraud because my ethnicity always gave me away. For years, that led to resentment of my unique heritage. I wanted to downplay it. I wanted to not feel like I constantly had to explain myself.

Over time, however, I came to understand the limitations of one’s outward appearance. How you look — the color of your hair, the brands you wear — can only communicate so much, and people are going to misinterpret and misread you anyway. Admittedly, I’m still a work in progress. I continue to have my moments of insecurity and self-doubt. But I’ve come a long way. I see the value of not blending in with the crowd and in bringing a different kind of beauty to the table. I recognize that what’s most important is not trying to look like one ethnicity over the other — it’s simply owning who I am.