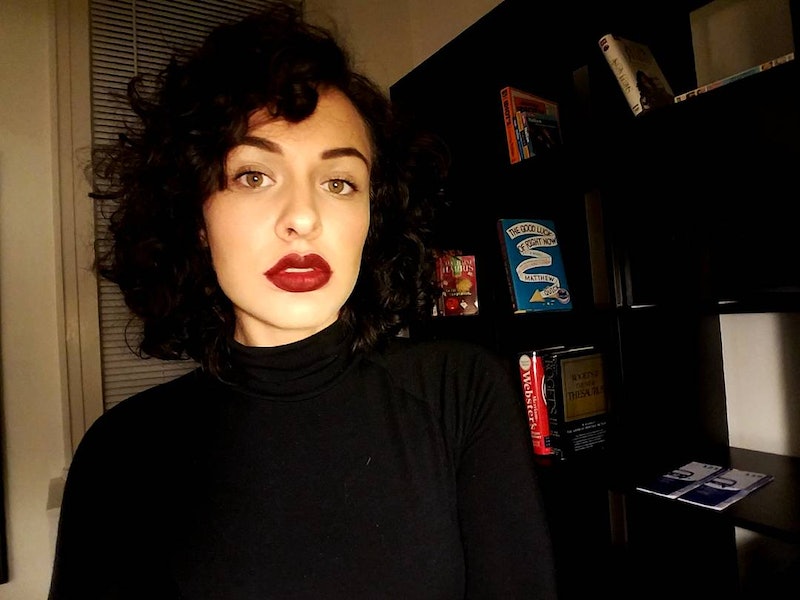 It’s no secret that I’m Latina. I’ve been loud and proud about my ethnicity since I was a kid. I was raised by a Puerto Rican single mom, who raised me to understand and love my ethnicity. We would speak Spanish at home, and I would go to Puerto Rico almost every summer growing up, where my tio’s house in San Juan became my second home. My go-to comfort food is still my tia’s pernil with a side of tostones and arroz blanco.

The relationship I have with being Brazilian is much more complicated. My father and I were close, until he left when I was 14 to go to Brazil and never return, without a word to me or my mother. (They had divorced when I was three.) When he was around, I felt fully immersed in that side of me, despite not visiting Brazil since I was a baby. We spoke Portuguese together, and we would get Brazilian food in Newark, New Jersey, every visit. He would tell me about Brazil and about my family who I hadn’t seen since I was a toddler. But overall, being Brazilian felt distant to me — a part of me that was veiled in mystery.

Being Latina has always been my go-to identifier. It was a quick response to anyone who asked about my ethnicity (not that anyone should ever ask someone, “What are you?”). Once, around the age of 19, I was on a date with someone who asked my ethnicity. They then followed up by saying, “But what exactly are you?”

“Well, I’m half Puerto Rican, half Brazilian,” I said. The follow-up was swift: “Doesn’t that make you… not Latina?”

I was completely caught off guard by this response. I wanted to get up and leave. Was I not Latina if I was Brazilian? How could I be so unsure?

When I started reflecting on this, I realized that my experience growing up was deeply rooted with my Puerto Rican side. I had more family living near me, more friends that were Puerto Rican than Brazilian, and saw Puerto Rican pride on every corner in the city closest to my hometown, Paterson. To find anything that was related to my Brazilian side took intention. I had to look for it, because it wasn’t going to find me, especially with my father’s sudden absence.

The realization set in that Brazilians weren’t really included in the conversation about Latinidad. Where most of Latin America is unified by speaking Spanish — which is how we get the term “Hispanic” — Brazil stands out for having been colonized by the Portuguese. I never liked the connotations of the term Hispanic: being Hispanic couldn’t be my only identifier since, by definition, it only applies to countries that speak Spanish, where Latinx encompasses places geographically located in Latin America — like Brazil. By claiming Hispanic or Latinx, would I be choosing one side of my ethnicity over the other?

Another issue is that there are conflicting opinions on Latinidad within the Brazilian community itself. Some Brazilians I know don't consider themselves Latinx, while others have said that they were only labeled as Latinx when they came to the United States. In my experience, Brazilians usually consider themselves Brazilian, which isn’t much different from someone who is Colombian saying they’re, well, Colombian. Latinx people are consistently clumped together because of our similarities, but the term doesn’t celebrate our differences. Many Latin American countries have very little in common — like Cuba and Chile, or Puerto Rico and Brazil. Yet, here we all are, using a blanket term that is only really used in the United States.

I was stuck between using Hispanic and Latinx for years, and at times feeling the need to claim both.

I have asked myself over the years what term to use when talking about my ethnicity. I was stuck between using Hispanic and Latinx for years, and at times feeling the need to claim both. I had to do my research and also figure out within myself the best way to summarize my Puerto Rican and Brazilian experiences. I talked with friends and family, read countless perspectives, and came to the conclusion that Latina was, as it always has been, the most complete way of feeling like myself, with both sides represented in both love and fairness. Almost seven years after that date, and after countless hours of self-reflection, research, and acceptance, I finally found the word that feels like my identity, my home.

So, do I see myself as 100 percent Latina? Yes, I do. I celebrate both the similarities and the differences between my Puerto Rican and my Brazilian side, and acknowledge the privilege I have as both being white passing and American. I understand that there are going to be Brazilians who disagree with my identification, but at the end of the day, I claim an identity that encompasses both sides of me, equally, with an equal amount of love and respect.

More like this
How To Fight For Reproductive Rights, Based On How Much Time You Have
By Courtney Young
How To See The Lunar Eclipse On May 15-16, 2022
By Kaitlyn Wylde
The Music Industry Continues To Fail Black Women
By Precious Adesina
The Most Compatible Life Path Numbers, According To Numerologists
By Kristine Fellizar
Get Even More From Bustle — Sign Up For The Newsletter