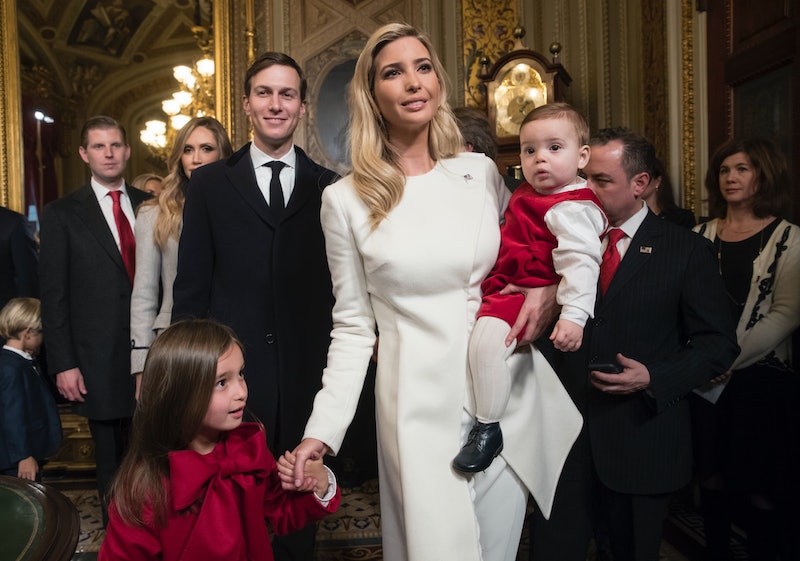 A woman's place is in the home... or at least, it used to be. In recent decades, women have made enormous strides in the workplace, often succeeding in spite of unfair societal expectations that women should stay home, whether they want to or not, and bear the entire brunt of responsibility for child-rearing. But the childcare policies proposed by Ivanka Trump seem likely to send American women back in time to an era when "women's work" was a pejorative and men were not expected to help out at home.

The proposed program, for which Ivanka has reportedly been campaigning on Capitol Hill, would provide a tax credit for childcare and paid maternity leave. Its $500 billion price tag may seem worth it to feminists who believe women should not be forced to choose between business and family, but in reality the policy is not nearly as beneficial as it appears. Instead of helping vulnerable families and empowering women to maintain their careers after childbirth, this plan merely reinforces existing expectations about a woman's place at work.

If Ivanka is looking to repair the damage to her reputation that reportedly inspired consumers to drop her brand en masse, this elitist, traditionalist policy is the wrong way to do so.

The proposed tax credit, for example, would allow parents to deduct the cost of childcare from their income taxes. But this deduction would be permissible regardless of whether hired childcare was actually used. As USC economist Edward McCaffery explains, "it's a child, not a child care, tax plan." Offering a tax credit merely for having children does not encourage women to remain in the workforce, McCaffery argues — instead, it incentivizes staying at home, since women wouldn't get any extra benefit from working.

Worse, though, is the "maternity leave" component of her plan. Far from guaranteeing a full, paid leave to new parents, the proposal would offer women, and only women, a meager unemployment allowance in exchange for missing weeks of work to care for children.

The New Yorker estimates that women would ultimately be entitled to between $1,400 and $4,100 per month, depending on the state in which they lived. This would almost certainly be insufficient for women in many parts of the country, whose rent and living expenses may exceed that total, and whose expenses will also increase, of course, due to having added a family member.

The plan would also incentivize companies to cut their own maternity leave plans, particularly if those plans were generously paid, which means good maternity leave policies may actually be eliminated in the face of a cheaper, low-quality alternative.

Lastly, of course, there's the m-word: maternity. Why on earth would family policy in 2017 not include fathers? In a policy move straight out of Mad Men, Trump family policy forces women to raise newborn children on their own.

This is insulting to women, obviously, but it's also insulting to the millions of American fathers who want an equal role in raising their children. And what about the many LGBT families, in which both parents may be fathers, or not identify within the gender binary at all?

One of the biggest challenges facing American women is the assumption that they should be responsible for childcare and housework, even if they are employed, and that husbands need only worry about their careers. Under the banner of lifestyle brand "Women Who Work," Ivanka Trump spent last week hawking a series of policies that would not only reinforce that sexist, outdated assumption, but codify it.