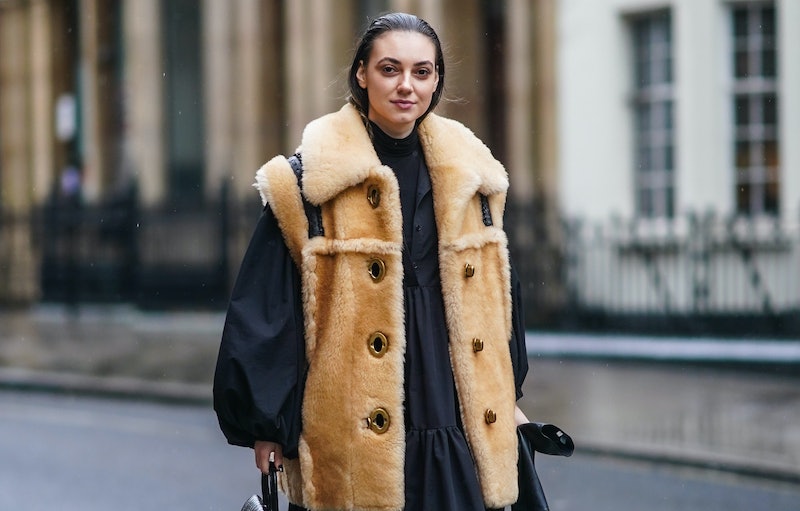 The past few weeks in the UK has seen an onslaught of wind and rain. Storm Ciara died down only to be replaced by Storm Dennis, both bringing utter chaos along with them. Despite this, however London Fashion Week soldiered on, with attendees choosing to embrace the chilly temperatures with an assortment of chic outerwear pieces that stole photographers’ attention on the streets of the capital.

From Instagram bloggers to fashion editors, showgoers showed out in a range of oversized looks from puffer jackets to blazers, fitting in with the popular theme of masculine-style outerwear that we saw throughout womenswear this season. As well as this, trenches were another buzzed-about staple, seen in a variation of pastel colours along with more muted tones. Quintessentially British in style and heritage, trench coats were spotted layered over blazers to keep the cold at bay.

Bright colour blocking also made for a refreshing style statement, breaking up the grey surroundings of London in the rain, with padded coats seen sported in citrus colours rather than the usual navy blues. This LFW proved that outerwear doesn’t have to be just about practicality. It can be fashioned in just as exciting new ways as these eye-catching examples below. Prepare to be inspired!