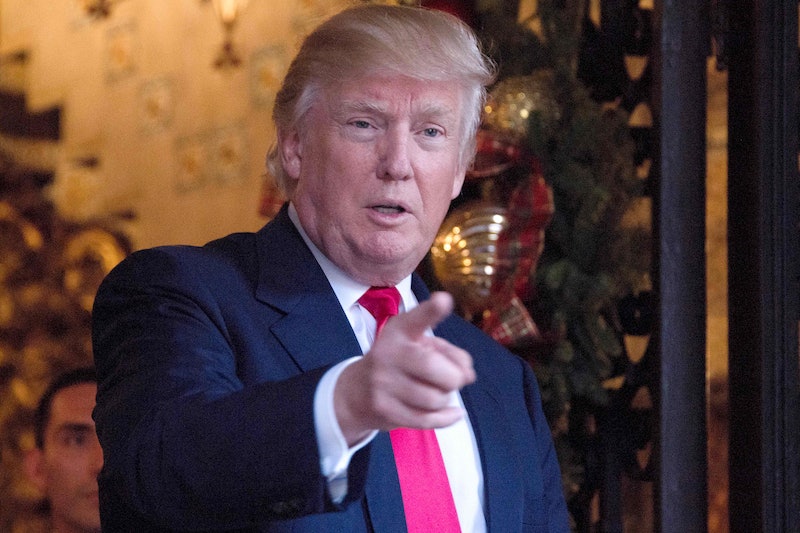 Technically, a presidential inauguration takes a matter of minutes and is over as soon as the president is sworn in. However, "a few minutes" is not the answer to the question of how long the inauguration is. President-elect Donald Trump's Presidential Inaugural Committee just released a schedule of events spanning five days, all to celebrate the new president.

Although Inauguration Day is technically Friday, Jan. 20, the week's events will start the Tuesday before with a series of dinners and other celebrations to honor Trump, Vice President-elect Mike Pence, and the new cabinet members. The official inauguration schedule will start on Thursday, Jan. 19, when Trump and Pence will visit the Arlington National Cemetery to honor the armed forces and lay a wreath. This somber point on the schedule will be followed by a welcome concert at the Lincoln Memorial, which is sure to be more festive.

The Inauguration Day schedule has not been released in full detail, but there are several ceremonial elements that traditionally happen in the same order at every presidential inauguration. They span the whole day, usually starting with a worship service in the morning and ending, of course, with the many inaugural balls.

After the service, the soon-to-be president and vice president make their way to the Capitol in a special procession, in which they are generally accompanied by the outgoing president. When they arrive at the Capitol, Pence will have his official swearing in before Trump steps up for his.

Trump will then give his inaugural address, and the length of the ceremony overall really depends on how long the president decides to speak for. Barack Obama's inaugural addresses were both in the neighborhood of 2000 words long, but it would be entirely within Trump's power to take a page out of Calvin Coolidge's book and compose a 4000-word long speech. William Henry Harrison's famously long speech, which he gave in a snowstorm and which lead to his death by pneumonia, was about 8400 words and an hour and 45 minutes long.

After the speech, the last strictly ceremonial moment is when the Obamas will dramatically leave their public life by helicopter, and the new president's celebrations will begin. There are also non-ceremonial elements, the exact character (and therefore also length) of which have yet to be determined. There are always various readings and performances, but so far Trump's inaugural committee has only been able to secure three performances.

The rest of the day will be taken up with an official luncheon, a parade, and then, of course, the balls. The final event on Trump and Pence's inaugural schedule will be a prayer service on Saturday at the Washington National Cathedral — and then the real work will begin. For at least five days, though, Trump and Pence and all those who have supported them will be able to focus on celebrations instead of anything more difficult.