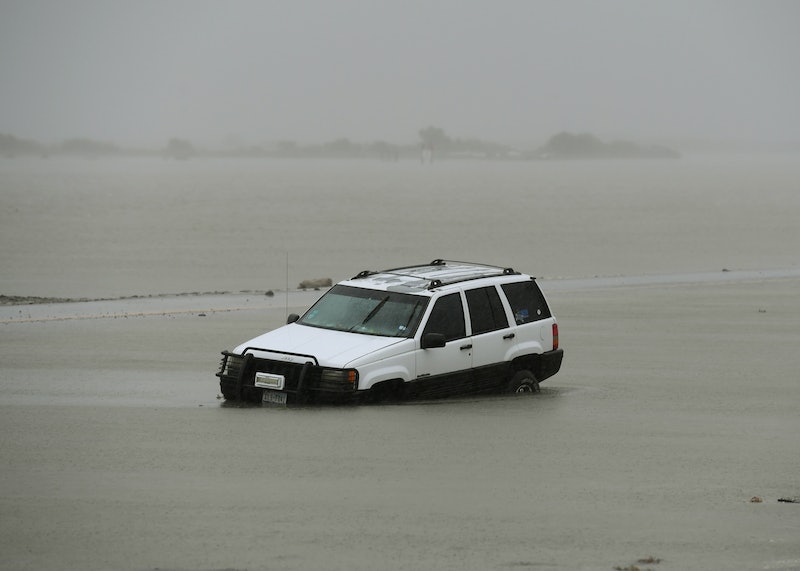 Hurricane Harvey made landfall on Texas as a Category 4 hurricane, but by Saturday morning, it had been downgraded to Category 1. But weather forecasters have warned residents on Texas' coastline to be prepared for heavy rainfall, which could lead to "catastrophic" flooding. So how long will Hurricane Harvey last? Weather forecasters predict that the storm — which is expected to cause "catastrophic and life-threatening flooding" — will raze through for several days.

While it is true that Hurricane Harvey has been taken down from Category 4 to Category 1 on the Saffir-Simpson hurricane scale due to its winds slowing down from 130 mph to 80 mph, the storm's intensity and resulting dangers are in no way trivial and should be a cause of concern among locals.

Harvey is expected to go on for several days which is predicted to cause at least a feet of rain in the coastal areas of Texas. In other areas, locals may witness 40 inches of rain. For this reason, The National Hurricane Center has urged locals to be careful as "rainfall of this magnitude will cause catastrophic and life-threatening flooding."

Weather forecasters have also predicted washed away signs, buildings rendered uninhabitable due to the storm, bridge shutdowns, and prompted evacuations.

For the next few days, weather forecasters believe that the storm may cause damage to buildings as well as electric outages due to downed power lines and trees. Some locations, forecasts predict, may become largely uninhabitable for "weeks or months." Transportation, too, could become a massive challenge for Texans on the coastline as the storm may knock over signs and lead to debris over roads, consequently blocking clear routes for drivers.

The most concerning prediction from weather forecasters is related to the potential surge flooding caused by Hurricane Harvey. The National Weather Service Watch issued a warning for locals in Texas and said that the storm may cause "surge flooding greatly accentuated by powerful battering waves" while also causing "massive" destruction to boardwalks, piers, and docks.

In spite of the extremely intimidating nature of Hurricane Harvey, there is no need to lose hope at all. Experts from the Texas Department of Transportation have shared useful and practical guidelines for residents to follow in the face of the storm in order to avoid any dangerous or fatal incidents while meteorologist Eric Holthaus shared a tremendously informative Twitter list of weather experts who can help you understand, keep track of, and prepare for the next few days of the storm.