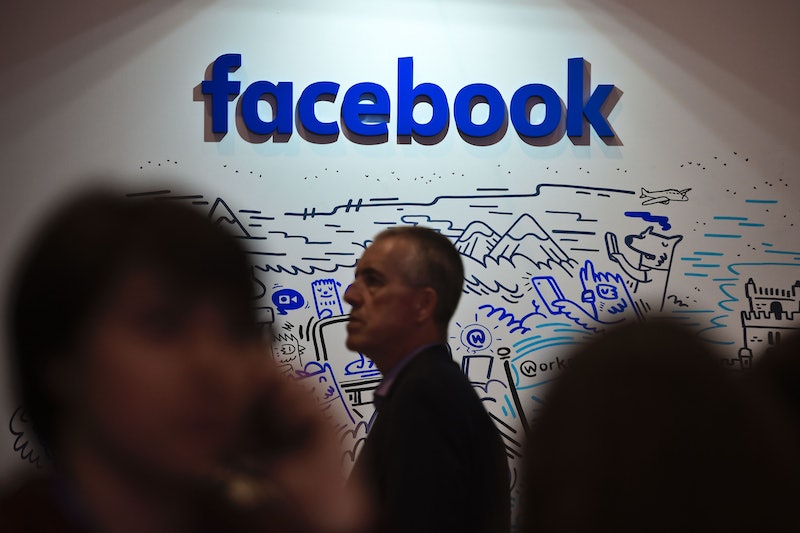 The extent of Russian interference in the 2016 election will be debated for years, probably decades. Though election campaigns have been innovative in the social media campaign sphere in past years, the impact of these platforms — specifically Facebook — reached a new level in 2016. The website recently admitted that it sold $100,000 worth of advertising to fake Russian-backed propaganda accounts pushing anti-Clinton, pro-Trump. According to a Daily Beast report, up to 70 million Americans saw those Russian Facebook ads.

As in the case of previous controversies, Facebook has been exceedingly discreet in what information it's admitting about these ads. The tech giant isn't saying how many users saw or interacted with the propaganda, nor are they revealing the names on those fake accounts or offering copies of the ads they paid Facebook to run.

Thus, Ben Collins, Kevin Poulsen, and Spencer Ackerman of The Daily Beast sought outside counsel on the potential reach of that Russian $100,000. Their search led them to Facebook algorithm guru Dennis Yu.

Yu is the founder of BlitzMetrics, and he specializes in getting the most out of Facebook ads for his clients. He notes that Facebook ads average $6 for 1,000 impressions, but that price tag can vary depending on how popular the ad itself becomes. "Viral" ads will grow by their own momentum, making each dollar spent go much further.

Looking at limited information from a web cache tracking one of the 470 fake Russian accounts that have since been shut down, Yu posited the account, named SecureBorders, had been using certain strategies to maximize its advertising budget. His analysis indicated anywhere from 17 million to 70 million Facebook users were exposed to Russian propagandists' ads.

This is a boondoggle. On the one hand, Facebook's willingness to accept money without discrimination presents some problems for a company that touts a somewhat "progressive" aura. From a branding perspective, Facebook is losing here.

But the conundrum is much bigger than one company's identity crisis. Its global ambitions near unparalleled, Facebook now has 2 billion users. Whatever those users put up on Facebook becomes property of the social media behemoth, sold for profit to advertisers — including foreign adversaries, apparently.

Add to that a history of intentionally experimenting with user feeds during an election — whether changing prominent posts in user feeds from newsworthy to personal and vice versa, or showing voting buttons to some users but not others. Analysts estimate nudging from Facebook prompted 340,000 more people to vote in 2006 and 2010, who otherwise would have stayed home.

That's an enormous amount of power to wield — more power held by any company in living memory. Carl Miller at the think tank Demos observed, "We don’t have the right regulatory paradigm for these globe-striding technology giants. We treat them like neutral utility companies but they are value-maximizing commercial entities.”

And with the election results of 2016 a reality the country now lives with, this seemingly small ad buy from Russian-backed accounts seems not so small at all. When teenagers crafting digital ads in Macedonia can aid a hostile foreign government to sway American voters, something has gone terribly amiss for democracy.

Still, it's difficult to imagine a happy alternative for Facebook. Censorship is a high-crime in the moral consensus of the United States, on both Left and Right. If Facebook refused to run anti-Clinton ads, for whatever reason, they would face claims that they were using their power to influence democracy by shutting out one side of the debate. They've come under that exact criticism before, and not without merit. Conservatives were outraged when news came out of Facebook's suppression of right-leaning stories in their "Trending" sidebar. Picking and choosing which stories to highlight in that section is a form of censorship, as humans decide what's popular in large part by seeing what others say is popular.

Taking a political side would prompt not only cries of censorship, of course. It would necessarily put Facebook at odds with about half the country, whichever side it chose. From a business perspective, that's a pretty obvious no-no.

So, yes, we now know that up to 70 million Facebook users saw Russian-backed propaganda meant to prop up Trump. But what, if anything, will be done about it — that remains to be seen.

More like this
Using Your Pet’s Name As A Password? Here’s Why You Might Want To Change It
By Cristina Sanza
What Is A “Softboy?” The TikTok Term & Aesthetic, Explained
By Courtney Young
Why Are TikTokers Slapping Each Other With Tortillas?
By Courtney Young
How To Change Your Instagram Bio
By Emma Carey
Get Even More From Bustle — Sign Up For The Newsletter